Read more
You are at:Home»Culture»The Importance of Mediums in Storytelling
By Philip Hoare on March 10, 2022 Culture, Features

I recently read the short story I Have No Mouth, and I Must Scream by Harlan Ellison. It was a horrifying read, of which I will not soon forget. But, as I turned the pages of this gruesome tale, which is clearly meant to be read late at night to others, whispering around a chattering campfire, I pondered on another question. Could I experience this work of fiction in a different way? 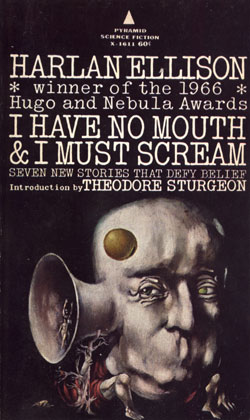 The story, about the last five people remaining of the human race who are tortured as an AI’s playthings, is told entirely from the perspective of one of these characters, Ted. When reading this text, I decided to read all thirteen pages aloud, giving me the ability to embody Ted, as together we navigated this nightmarish recollection of a life at the whim of a cruel machine. I turned the text into a performance, racing through tense sections and slowing almost to a halt for somber moments. Towards the end I became hysterical, as Ted did, my voice almost breaking out into a pitiful laugh. After finishing the last sentence, I fought the urge to scream, and I remained in character to finish off the harrowing ordeal. Truly, this was the most spine-chilling way of experiencing this piece.

Doing this exercise made me consider the question of, “is there a best way to tell or experience every story?” The answer, of course, being yes. You cannot watch a horror film in the light of day to get the full effect, and watching a sitcom is generally more fun when others are watching, laughing at the same jokes as you. As a viewer, reader or even player, there are always things that you can do to heighten the story for yourself.

However, on the flipside it is important for the storyteller to consider how they can best tell their tale. They should not only consider the best dialogue to use, the best actors to play their characters or the perfect background music to accompany the piece. They must first ask what the best medium for this story is. Should a film be a film? Or would it make a better stage-play, a better novel or even radio-play? A tv show? A graphic novel? An animated short? There are countless options, which makes the process of choosing a medium all the more daunting. Yet, it is one of the most important choices a creator can make. 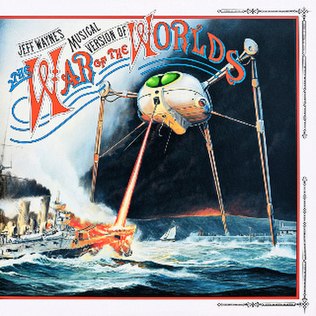 Whenever I think about this, I always return to The War of the Worlds, and its many versions. Most people have seen, or at least heard of, the film starring Tom Cruise, and most know of the original book by H. G. Wells. Yet fewer have heard of the studio album by Jeff Wayne, which brings heart-pounding music to accompany the touching and powerful narration. There is nothing quite like putting on Jeff Wayne’s record, closing your eyes and visualising the horror of mankind’s destruction to ominous synthesizers melodically bombarding your ears. Even fewer have heard of the radio plays by Orson Welles, so convincing that when initially broadcast, some truly believed aliens were invading Earth.

When designing games, it is important for designers to think about which of the many game mediums will best support the experience intended for the player. Some games lend themselves to be played in VR or AR, whilst others would only work on a tabletop, with voices competing across the board. All too often do games lean towards mediums that do not fit the experience, just to add in the latest new craze in games design. For example, a gripping narrative may be bundled with an overbearingly big open world, simply because open worlds sell. Fortunately, designers are beginning to understand the benefits of each medium and are utilising them to support their games. VR games are able to immerse players immediately, supporting a more personal, and in some cases more scary, story. Whereas, a board game fosters group play, particularly competitiveness, better than most video games.

Therefore, I ask that when you watch your next film, read your next novel or play your next game, you ask yourself if you are experiencing this story in the best way possible.