Read more
You are at:Home»Culture»Novels Without a Love Interest
By Sam Pegg and Amy Scott-Munden on February 27, 2022 Culture, Literature

My Year of Rest and Relaxation – Ottessa Moshfegh

“The notion of my future suddenly snapped into focus: it didn’t exist yet. I was making it, standing there, breathing, fixing the air around my body with stillness, trying to capture something—a thought, I guess – that time could be contained, held captive.” 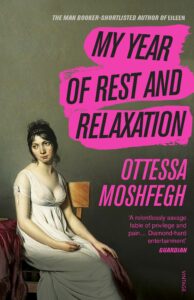 Modern literature is obsessed with notions of love, heartbreak, and so often, tinder! Do writers not understand I read to escape the anxiety and dread of online dating?!?! Well, Ottessa Moshfegh does!

Here’s the deal: The unnamed narrator’s parents have passed, and she’s inherited not only enough money to live off for a year, but psychological problems too! So what does her therapist prescribe? A drug-induced year of sleep of course! Luckily, this is constantly interrupted to give us an actual story! We learn of the narrator’s rough relationship with her deceased mother, which is contrasted with her college roommate’s grief over her terminally ill mother. This story deals so thoughtfully and earnestly with the difficulty of family relationships in testing times.

It also deals sensitively with mental health. The narrator is a wonderfully flawed and relatable character. She is fed up, burnt out, and hilariously sarcastic! The narrator is everything a woman has been taught not to be, and although this makes her pretty unlikeable, there is a part of me that champions this!

If you’re sick of repulsive love stories and want something depressing to read this Valentine’s season, Moshfegh’s got you covered!

A Tale for the Time Being – Ruth Ozeki

“But memories are time-beings, too, like cherry blossoms or ginkgo leaves; for a while they’re beautiful, and then they fade and die”. 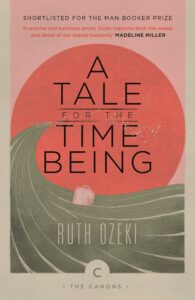 Contemporary fiction often has a habit of using themes of romance as a guiding point for its plot. Fantasy, horror, crime, the list of genres tirelessly move forward as they stuff in every facet of romance that can possibly exist. What happens as a result though is that when novels ditch the angle of love-interest and use their time to explore other facets of human life and existence, they feel all the more accomplished because of it. Ruth Ozeki’s A Tale for the Time Being is one such novel (and my favourite novel of all time at that). Focusing on the second-generation Japanese-American, Nao, as she’s uprooted from her life in America to live in Japan, A Tale for the Time Being is a story about family, mental health, regrets, and all those human emotions we often find it hard to express. It’s a compelling story, guided by the liminal possibility that its main character may end her own life. Its gripping, heartbreaking, and in the end, revolutionary approach to life and its meaning, means it never wastes words or hounds the idea that life needs romantic love in order to be purposeful. In fact, A Tale for the Time Being is a truly unique and invigorating read that I think everyone must read at least once because its affirming end, albeit tear-jerking closure, leaves you breathless and stunned at the power of literature.