Chances are that if you’ve ever played a role-playing video game, BioWare had something to do with it. The Canadian developers set up shop in 1995 with their first game, Shattered Steel, unique for its deformable terrain and zone damage, but they really wanted to make RPGs based on the pen-and-paper games they’d played when they were younger. 1998’s Baldur’s Gate was the result, a collaboration with Dungeons and Dragons that used the same rules to make the game more tailored to the player’s personal experience. Later titles from BioWare were acclaimed for their degree of character customisation, original dialogue and moral choices that influenced the plot of the game itself. These include Star Wars: Knights of the Old Republic (2003), Mass Effect (2007) and Dragon Age: Origins (2009). All these titles and their subsequent sequels have received hugely positive feedback from critics and gamers alike – Knights of the Old Republic is considered one of the best games ever made based on aggregated reviews. 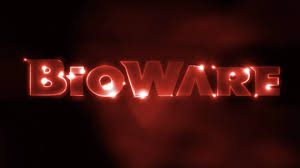 The charm of BioWare’s signature style lies in their iconic companions that accompany your character on adventures throughout the lore-rich worlds they inhabit. BioWare also improve year-on-year with their characters’ diversity, each game adding more same-sex romance options and ethnically representative cast members. After all, if they can create realistic worlds set in other galaxies, the least they can do is summon up some realistic representation. BioWare is also famed for its inclusion of female gamers in its character customisation. Jennifer Hale, the voice of Female Shepard in the Mass Effect trilogy, was recently recognised by Guinness World Records for being the most prolific female voice actress, largely due to her many roles in BioWare titles.

Fans have lost faith in BioWare in recent years, BioWare announcing that they wouldn’t be releasing any single player downloadable content for Mass Effect: Andromeda, a hugely controversial choice considering the game’s lukewarm reaction, rushed release and terrifying facial animations (since fixed with a patch, hallelujah). Issues with the end of the third game, Mass Effect 3, had been rectified with a free Extended Cut, giving gamers hope that a negative response to the newest title would be respected and rectified by BioWare staff. Technical issues aside, BioWare has been and always will be a trailblazer of the RPG genre. The amount of detail put into the unique characters and worlds make BioWare games truly unusual, and they have endless replayability, allowing you to save the world and earn the respect of its inhabitants – or simply wreak havok. It’s your choice, and that’s mostly thanks to BioWare.

Watch the trailer for 2002’s Knights of the Old Republic below and see what you think.