Read more
You are at:Home»Culture»In Criticism of 13 Reasons Why
By Carly-May Kavanagh on April 18, 2017 Culture, Literature

Along with pretty much everyone else on my Twitter feed, I’ve been hooked on new show 13 Reasons Why ever since it premiered on Netflix at the end of March. Despite a largely positive reception from viewers and critics alike (you can read The Edge‘s five star review for an example), I found a number of problems with how the show depicts mental health and suicide.

I’d read the book 7 or 8 years ago and I wasn’t that into it, but I thought being older and a little wiser I’d give the show a go. In case you’ve somehow missed the hype around it this month, 13 Reasons Why is based on the 2007 book of the same name by Jay Asher, about a girl called Hannah Baker (Katherine Langford) who commits suicide. She’s recorded thirteen tapes for thirteen people, all of whom she sees as having contributed to her death. We start with Clay Jensen (Dylan Minnette), a very John Green-esque protagonist who worked with and had a crush on Hannah. It’s certainly a nicely presented show with a lovely soundtrack, and overwhelmingly positive reviews from critics and audiences, and initially received attention for having teen megastar Selena Gomez involved as executive producer. 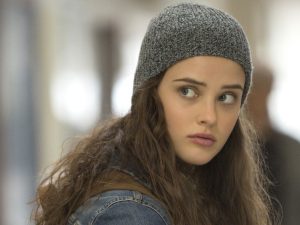 However, my overwhelming impression of the show is it reduces suicide to a selfish action, and makes it seem like something to be blamed on other people; really not a healthy way to present suicide. When it’s good it’s very good – like in showing the selfishness of the tape recipients, who all care more about how their actions appear than how they’ve contributed to a girl’s death – but the bad bits aren’t just bad, but detrimental to the entire mental health conversation. It perpetuates a ‘suicide as revenge’ mentality, a message of getting justice against everyone who wronged her.

I don’t think the way they’ve shown depression and suicide is good or healthy – granted, they put trigger warnings at the start of the episode, but the show is mostly teenagers worrying about their wrongdoings getting out, worrying about how people will see them. They don’t worry about how their actions had an impact on a dead girl, but just about how they’ll look. Realistic portrayals of depression are important, but this show doesn’t even mention the word ‘depression’ once.

I’m not about to say that everyone with depression experiences in the same way. I’m the last person to victim blame, and I don’t for a second doubt that Hannah Baker has depression – I just hate how it’s been shown. We’ve been shown the story of a girl who’s been caught up in the snowball effect of rumours, misleading pictures, losing her friends, and rape. While the show is following Clay, you very much watch it through Hannah’s eyes as she narrates each tape, and the show almost sets her up as a villain. There’s no doubt that Hannah is seeking revenge on the subjects of the tapes, and you start to question what she wanted to happen from the tapes circulating from person to person. We even see her writing out a map of each person and how they’re all linked – she’s made second copies of the tapes so if they stop being shared, they’re leaked for everyone to hear. 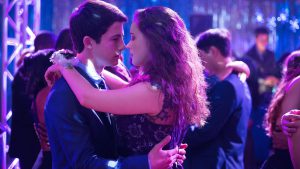 We don’t see a depressed person wanting or asking for help. She says at the beginning of tape 13 that she’s giving life “one last try” by asking the school’s counsellor Mr Porter for help. Except she doesn’t tell her parents or a doctor about her suicidal thoughts, and Mr Porter doesn’t suggest treatment – rather, the questions he asks make it seem like her problems are her own fault. When she hints at the rape, he explicitly says that maybe she consented and then changed her mind. Granted, the English teacher-cum-counsellor didn’t go about helping her in the best way, but she essentially blamed him for not finding her a reason to keep living, placing the entirety of her final attempt at life in him. We hear her say after that meeting: “I think I’ve made myself very clear but no one’s coming forward to stop me.” She makes suicide seem like a viable option for when life is terrible, and it gets you the attention you wanted and the revenge you needed. The show gives us parents and counsellors who just don’t understand, who are out of touch and can’t possibly help. She blamed everyone else for her suicide, rather than her mental health.

There’s a lot more to depression and suicidal tendencies than bullying; it’s a whole brain chemistry saga of complication. I hate that the show spends so much time focusing on Hannah seeking a type of post-mortem revenge rather than us seeing her mental health difficulties. I hope that people watching this show will keep in mind that depressed people aren’t villains and that they need help with their problems rather than being stigmatised. I can only hope that Clay reaching out to Skye Miller (Sosie Bacon), who we saw with self-harm cuts, is a sign of the show going in a healthier direction considering that it’s likely to continue.

13 Reasons Why is available on Netflix now. You can also check out The Edge‘s reviews of both the TV show and Jay Asher novel.