For the second time in a ‘This Week in Culture’, I’m writing about Top Gear attempting to reboot itself. In fact, the very first of these weekly Culture roundups, back in last May, saw me questioning whether Chris Evans and Matt Le Blanc’s attempt to rebirth the show would be successful. And we all know how that ended. Funny, how things come around. 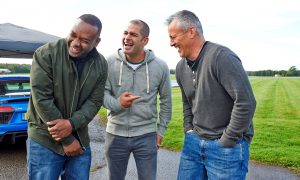 So anyway; this week sees Top Gear coming back with a brand new look! Well, less of a new look than when it came back without its dream team of Clarkson, Hammond and May (now tearing up the road on Amazon Prime). Apart from Le Blanc, a new look presenting line-up leads Sunday’s show, after Evans’ high profile resignation in the summer. He’s joined by former YouTubers Chris Harris and Rory Reid – see the extremely forced ‘we’re the best of friends’ promo shot for Reason #1 as to why we’re a little skeptical about how it’s all gonna go down. As much as the BBC and Le Blanc want to blame all new Top Gear‘s issues on Evans’ admittedly appealing presenting, other aspects of the show were less than perfect. Anyway, as I said last time, let’s give them one more shot. The opening episode sees Le Blanc, Harris and Reid travel to Kazakhstan, where they are tasked with a number of challenges driving second-hand cars. Top Gear returns Sunday 5th March, 8pm on BBC Two.

Paired with TG‘s return is a far more successful BBC Two return endeavour, as Robot Wars is back for a second ‘new generation’ series. The classic noughties show was met with critical acclaim (including by The Edge) despite a presenting shake-up, with Craig Charles replaced by a dynamic duo in Dara Ó Briain and Angela Scanlan. No need to change this formula, then. Look forward to your good ol’ robots smashing each other, excitable Jonathan Pearce commentary, and witty Ó Briain quips. Robot Wars returns Sunday 5th March, 7pm, on BBC Two. According to Twitter, they’re hopeful for quite the star viewer too. Though, with risk of verging into Records territory, I think Ed’s got bigger things to be doing this weekend. Like lavishing in ÷‘s glory, for instance.

The word is that @edsheeran is a big @UKRobotWars #RobotWars fan. We love you Ed too. pic.twitter.com/BWdbEwnPbR

There have been rumbles of a Lego rival for the galactic sized success of Minecraft for many years now, but this week, you can finally get your hands on it. Lego Worlds is a sandbox game where players can sculpt their own landscapes in the shape of their favourite toy bricks; you can create from the ground up brick by brick, or use pre-made structures to refine your world. Worlds have been tested online for players via Steam since 2015, so they’ve spent their time really perfecting its design, though whether it can prove a threat to Minecraft remains to be seen – though is surely doubtful. You can grab your copy of Lego Worlds on Xbox One, PlayStation 4 and Microsoft Windows from Friday 10th March. It’s also due to be released on the newly available Nintendo Switch in the near future. 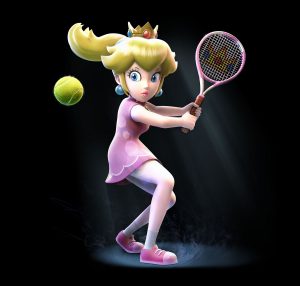 Speaking of Nintendo (I hope you’re all enjoying the Switch – well, when I say all, I mean the very few of you that have actually bought it), an exclusive game for 3DS arrives this week. Hot on the heels of Zelda comes Nintendo’s new attempt at a Wii Sports; or, as it’s now known, Mario Sports Superstar. The five featured sports are football, tennis, golf, baseball and horse riding, and you can play as all the old favourites, from Yoshi to Bowser. There’s even a multiplayer mode! Grab your copy of Mario Sports Superstar on Friday 10th March.

It doesn’t feel five seconds ago it was Christmas, and Southampton theatre was dominated with feel good pantomime; namely, Shane Richie and Jessie Wallace in Robin Hood at Mayflower. Shane returns to Mayflower this week in a play with a slightly different tone. Based on the No.1 bestseller novel, Peter James’ Not Dead Enough stars the former EastEnder, alongside TV presenter Laura Whitmore. “On the night Brian Bishop murdered his wife, he was sixty miles away, asleep in bed. At least that’s what he claims. But as Detective Superintendent Roy Grace continues to deal with the mysterious disappearance of his own wife, he starts to dig a little deeper into the chilling murder case and it soon becomes clear that love can be a dangerous thing…” Not Dead Enough is at Mayflower from Tuesday 7th to Saturday 11th March. Ticket information is available here.

Nuffield Theatre‘s next big show arrives this week. In association with Nottingham Playhouse, Royal & Derngate and West Yorkshire Playhouse, NST have adapted John Steinbeck’s acclaimed novel The Grapes of Wrath for a new generation. “The American dust bowl. The height of the Great Depression. One family begins an epic journey, driven as much by fear as by hope. Route 66 to California, the Promised Land. In search of work. A new life. The Grapes of Wrath is a towering testimony to the integrity, strength and perseverance of the human spirit.” You can read Nuffield’s Rehearsal Blog for a behind-the-scenes look at the big build-up to this run. The Grapes of Wrath arrives at Nuffield on Monday 6th March, and will run until the 25th of this month. Tickets are still available via the Nuffield website.