Read more
You are at:Home»Culture»This Month on Netflix: March 2017
By Anneka Honeyball and James Barker on March 1, 2017 Culture

Tired of Union Elections? In need of a distraction? Netflix is here to help. In our ongoing monthly feature, The Edge takes a look at ten of the best new releases coming to Netflix UK in February. Among this month’s releases are some excellent new films as well as some exciting series and specials. 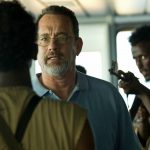 Tense, dramatic and moving, Captain Phillips is based on the real life story of Captain Richard Phillips, who in 2009 was taken hostage by Somali pirates on board the Maersk Alabama. Directed by Paul Greengrass and starring Tom Hanks as Phillips, the film was highly praised upon release, receiving several Oscar nods and a BAFTA win for supporting actor, Barkhad Abdi. Described by our reviewer as “eye-wateringly intense”, this film kicks off a new round of Netflix releases with a bang. 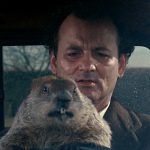 On the other side of the spectrum, the start of this month also sees the Netflix premiere of Harold Ramis’ beloved 1993 comedy, Groundhog Day. Starring Bill Murray, the film follows an arrogant TV weatherman who, during the annual Punxsutawney Groundhog day festival, finds himself caught in a time loop, repeating the same day over and over again. The film also stars Andie MacDowell and Chris Elliot. 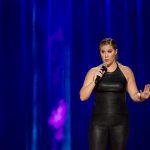 This one-off standup special was originally recorded in Denver last November, but is now available for the masses to enjoy. Following a long line of recently debuted standup specials by Netflix (including Chris Rock and Dave Chapelle), Amy Schumer brings a one-of-kind talent to the stage; and wearing all leather, too! I dread to think what it was like under those lights. Her previous show, ‘Amy Schumer: Live at the Apollo’ earned her three Emmy nominations, while her book The Girl With the Lower Back Tattoo took the world by storm last year. 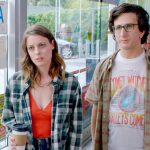 Judd Apatow’s sweet yet realistic sitcom on relationships returns for a second series this month. Love follows awkward couple Mickey (Gillian Jacobs) and Gus (Paul Rust) as they move from being friends to falling for each other; not forgetting their quirky Australian housemate, Bertie (Claudia O’Doherty), who steals the show with witty one-liners. The Edge‘s review of Love’s first series called it ‘heartfelt’, and a new, twelve-episode series is the perfect antidote to winter blues. 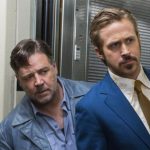 Can’t get enough of Ryan Gosling after all the La La Land hype? Netflix is adding one of his latest films to their collection this month. Shane Black’s neo-noir action comedy, The Nice Guys, follows a private eye and an unethical enforcer as they join forces to investigate the disappearance of a young girl. Also starring Russell Crowe, Margaret Qualley and Kim Basinger, our reviewer described the film as “funny, exciting, touching and cool as hell.” 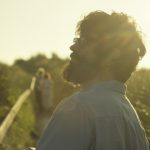 2016’s award-winning documentary Notes on Blindness arrives on Netflix this month. The film profiles the writer and theologian John M. Hull and his sight’s deterioration into total blindness over the course of his life. In an attempt to make sense of his blindness, Hull began documenting his experiences on audio cassettes. The film won the British Independent Film Documentary Award, and was nominated at the BAFTAs for Best British Film, Best Documentary and Outstanding Debut by a British Writer, Director or Producer. 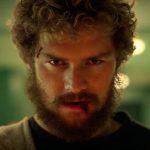 The fourth and final Marvel-Netflix television expedition before the collaborative Defenders comes in the form of Iron Fist, aka Danny Rand, a martial arts expert with the ability to call on the power of mystical ‘iron fist’. Game of Thrones star Finn Jones has been cast as the lead, with Jessica Henwick and David Wenham also appearing in the regular cast. Rosario Dawson reprises her role as Claire Temple from Daredevil, Jessica Jones and, most recently, Luke Cage. All four shows unite as The Defenders this Autumn, with the legendary Sigourney Weaver on board as their nemesis. 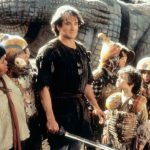 Joining the streaming service’s collection of classic family films, Steven Spielberg’s 1991 fantasy adventure Hook is coming to Netflix at the end of the month. Starring the late, great Robin Williams, the film follows an adult Peter Pan who after settling down in the real world has forgotten his former self. When Captain Hook kidnaps his two children, Peter is forced to journey back to Neverland and reclaim his memories. The film also stars Dustin Hoffman, Julia Roberts and Bob Hoskins. 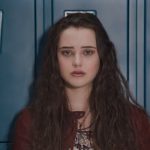 Based on the bestselling book from Jay Asher, 13 Reasons Why is a harrowing tale about a teenage boy’s discovery of tapes documenting her friend’s decision to end her life. Selena Gomez was previously announced to star in the drama but then dropped out, though she still serves as an executive producer on the series. Katherine Langford takes up her role as Hannah Baker, with Dylan Minnette as her friend Clay. All thirteen episodes of the first season will be released at once. 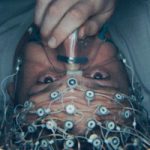 This month’s Netflix original film is sci-fi romance The Discovery. Starring Robert Redford, the film is set one year after a scientist verifies the existence of the afterlife. Meanwhile, his son falls in love with a woman haunted by a tragic past. Also starring Jason Segal, Rooney Mara and Riley Keough, this strange and morose mystery drama is the perfect end to an eclectic month of Netflix releases.