Read more
You are at:Home»Culture»This Month on Netflix: February 2017
By Anneka Honeyball on February 1, 2017 Culture

Semester two is upon us, and with a brand new workload, it’s time to think about how to binge-watch ourselves to distraction. In our ongoing monthly feature, The Edge takes a look at ten of the best new releases coming to Netflix UK in February. Among this month’s releases are some excellent new films as well as some exciting series and specials. 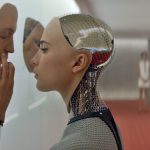 One of the most successful independent flicks of 2015, Ex Machina is joining the legion of award-winning films already on Netflix. Written and directed by Alex Garland (The Beach, 28 Days Later), the film follows a young programmer who wins a one-week visit to the luxurious home of an acclaimed and reclusive software CEO. While there, he becomes intrigued by an AI humanoid robot with a secret vendetta. Starring Alicia Vikander, Domnhall Gleeson and Oscar Isaac, this thriller is “superb”. 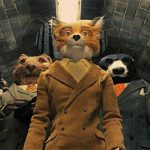 Based on Roald Dahl’s beloved children’s novel, Wes Anderson‘s Fantastic Mr Fox is a delightfully kitsch start to the second month of 2017. Filmed in quirky stop-motion, the film follows the wily Mr Fox and his cunning plan to outwit the farmers that want to kill him for stealing their food. Featuring an all star vocal cast including George Clooney, Meryl Streep, Bill Murray, Willem Defoe and Owen Wilson, this is a must watch for fans of Anderson’s surreal comic style. 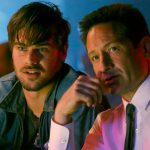 NBC’s gritty period crime drama Aquarius is also joining the streaming service this month. Starring David Duchovny, the series follows a LA homicide detective whose investigation into a missing girl leads him to discover the dark activities of a strange collective led by the infamous cult leader, Charles Manson. Set in 1967, the first 13 episodes take place at the height of “the summer of love”, years before Manson masterminded the horrific Tate-LaBianca murders. 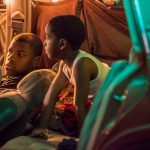 Rising star John Boyega stars in this month’s Netflix original film, Imperial Dreams. Directed by Malik Vitthal, this indie drama follows a 21 year old reformed gangster, whose devotion to his family is put to the test when he is released from prison and returns to his old stomping ground in Watts, LA. The film first premiered to positive reviews at Sundance in 2014, before Netflix snapped up the rights to distribute it as an original film. 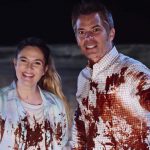 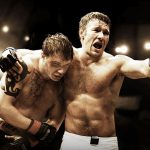 Joining the likes of Creed, Foxcatcher and The Fighter, Warrior is the latest sports drama to hit the streaming service. Starring Tom Hardy and Joel Edgerton, the film follows two estranged brothers whose dual-entrance into a mixed martial arts tournament forces them to come to terms with their lives and each other. The film also stars Jennifer Morrison, Frank Grillo and Nick Nolte, who was nominated for an Academy Award for his performance as the father of the two brothers. 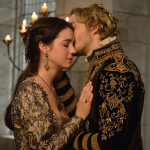 The CW’s sensationalised historical drama Reign returns for its fourth and final season this month. Following the early exploits of Mary Queen of Scots, this season will see the conclusion of Mary’s bitter rivalry with her cousin Elizabeth. Starring Adelaide Kane, Megan Follows and Rachel Skarsten, episodes are set to arrive on the service weekly, shortly after their US broadcast. 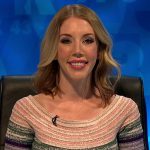 Canadian-born comic Katherine Ryan is the latest British comedy star to record a stand-up special exclusively for Netflix. Following in the footsteps of Jimmy Carr, Ryan’s show – which was filmed at the Hammersmith Eventim Apollo last summer – is sure to tickle some ribs as she speaks candidly about motherhood, celebrity and relationships. Fans of Ryan’s numerous panel show appearances, take note. 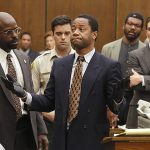 The show that dominated this year’s Golden Globe nominations, The People v. OJ Simpson is finally coming to Netflix – so if you didn’t get the chance to find out what all the fuss is about the first time round, now’s your chance to catch up. Exploring the chaotic behind the scenes dealings inside the infamous O.J. Simpson murder trial, the series features an all-star cast including Cuba Gooding Jr., John Travolta, Sarah Paulson and David Schwimmer. 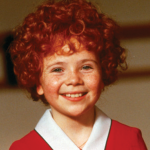 Has this year’s awards season favourite La La Land got you in the mood for more musicals? If so, Netflix are increasing their all-singing, all-dancing vaults with the addition of everyone’s favourite movie orphan, Annie. The classic tale tells the story of the little redheaded girl who escapes the cruel ‘hard knock life’ of Miss Hannigan’s orphanage and captures the heart of an austere billionaire businessman. “Tomorrow, tomorrow, I love ya tomorrow, it’s only (21) days away….”