Read more
You are at:Home»Culture»This Week In Culture: Drew Barrymore, Hitman & The Commitments (29/01/17)
By James Barker on January 29, 2017 Culture

Remember troubled child prodigy Drew Barrymore? Well, she’s back, in Netflix’s weirdest original offering of 2017 so far; playing a zombie suburban ‘mom’ realtor, going all Dexter in her vision to only eat the bad humans amongst us. Just when you thought you’d seen everything. 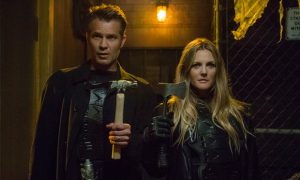 The equally bizarrely titled Santa Clarita Diet follows Barrymore and Timothy Olyphant as real estate agents Sheila and Joel, whose lives are turned upside down by the realisation that Sheila has become one of the ‘undead’ with a thirst for human blood. Their quirky family unites to ensure she only eats people who really deserve it. So that’s all good then. Castle star Nathan Fillion is also due to pop up in the 10-part series, which is available to stream on Netflix from Friday 3rd February.

Sky1’s dose of superhero madness is back this week, with the DC worlds of Arrow and Legends of Tomorrow returning to the channel after a mid-season break. While Arrow follows Starling City’s vigilante turned mayor ‘Green Arrow’, otherwise known as Oliver Queen (Stephen Amell), in his fight to protect his people, Legends of Tomorrow concerns a misfit group of time travellers in the search to find their once-leader, Rip Hunter (Arthur Darrell). Ex-Doctor Who star Darvill has taken a break from the show to film the final series of Broadchurch (also due to drop this month!), but is back on the show for this new arc, in which the team find Rip working as 1960s movie director. Arrow also deals with the return of an old face; the long thought-dead Laurel Lance (Katie Cassidy) makes an explosive comeback to Oliver’s life, throwing everything into turmoil. Both shows return on Thursday 2nd February, LoT at 8pm and Arrow at 9pm on Sky1. 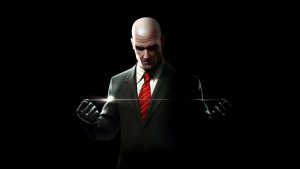 This week sees players able to purchase the entire ‘first season’ of episodic stealth game Hitman, after its gradual release across 2016. The game acts as prequel to the original series, and is the sixth in the overall Hitman franchise. It follows genetically engineered assassin Agent 47, travelling to international locations to hit his targets. It offers a large amount of choice in the way you assassinate your targets; for instance, while in some hits you can choose to kill via a long-range sniper, in others you can get very up close and personal. You can purchase the complete first season of Hitman for PS4 and Xbox One on Tuesday 31st January.

Smash hit musical The Commitments stops off at Mayflower Theatre in Southampton this week. Direct from a phenomenally successful, record breaking two-year run in London’s West End, The Commitments is based on the BAFTA award-winning film classic and a Booker prize winning author’s novel. The audience can enjoy 20 soul classics, including ‘Night Train’ and ‘River Deep Mountain High’. The Sunday Times‘ five-star review insists that the production will have you weeping with joy by its conclusion, so this is really not a stop to be missed! The Commitments is at Mayflower from Tuesday 31st Jan to Saturday 4th Feb, with tickets still available to purchase here.

For Drew, who is now named after a zombified suburban mother.