The idea of giving this 'stars' has new meaning after you watch the BBC's new flagship talent show.

Talent contests are surely a dying breed. The X Factor‘s numbers drop dramatically year-on-year, while The Voice is experiencing an identity crisis due to warring channels; but its abandonment for ITV might just be a win for BBC One, as the opening show of its replacement, Let It Shine, is the best talent contest television’s seen for a long time.

In case you didn’t know, as it has sprang from pretty much nowhere, Let It Shine sees Gary Barlow searching for five young men to form a boyband, who will in turn play his original band Take That, in an upcoming musical. You may remember that Gary acted as lead judge on The X Factor for a few tragic years, until Simon Cowell replaced him – the bad blood between the two will probably lie a bit deeper now Barlow’s returned with a (far better) rival show to kick the X to the dust. The slightly underwhelming premise is improved significantly by the fact that Gary’s joined by another fellow X Factor judge, Kylie’s sister Dannii Minogue, along with Martin Kemp (yes, the one that was in EastEnders and Spandau Ballet) and, for the first round of auditions, Glee‘s Amber Riley. Fellow Take That members Mark and Howard are floating around, while presenting duties are prestigiously handled by TV icons Graham Norton and Mel (from Mel and Sue, of the Bake Off claim to fame). Stick that, Simon. 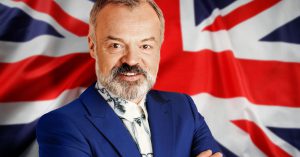 Admittedly, the show got off to a slightly troubled start. Not only did one of our writers claim the audition process was the ‘worst day of his life‘, the cringeworthy opening number had viewers slamming Let It Shine as a vehicle for Gary Barlow’s mid-life crisis. But moving through all that, the proper talent contest of the show was genuinely impressive. Graham and Sue are great as the hosting duo, with Sue on backstage duty in a fancy green room with a pool table and video games, and Graham delivering his usual quips of quick witted humour to the hysterics of the audience and judges.

The vocal talent was in large impressive, and the in-large lack of sob stories was a welcome change to both The Voice and X Factor. There were no weird chicken-obsessed double acts, or Honey Gs; just honest, talented and likeable lads. Then we come to what is perhaps the most revolutionary bit of Let It Shine; its judging. Accompanied by the  constructive advice from the panel, the acts get the ‘yes’ or ‘no’ via stars on the ground, illuminating one by one towards them, until the big star under their feet lights up (or doesn’t), revealing they’re through to the next round. It’s genuinely nail-biting, but keeps its fun edge as the panel themselves drum-roll their desk to build up the excitement.

Though the lack of any female acts feels a little unfair, Let It Shine seems to be doing everything right, and could certainly return for another year searching for a girl band. Then a third series, with a mixed group. And a fourth… Am I getting ahead of myself? Let’s just hope that the show knocks The X Factor out of all existence, and keeps shining for a while longer.

Oh, and it must be good, ’cause Simon Cowell’s just announced he’s gonna sue Barlow for making the show too similar to The X Factor. Nobody likes a sore loser, Simon…

Let It Shine continues on BBC One next Saturday at 7pm.