In the eternal words of Smithy: “It’s Christmaaaaaaaaas!”

I hope you’re all tucked up at home, digging into a turkey feast and swigging various alcohols until you pass out in front of the EastEnders Christmas special; but if by some chance you’ve wandered your way onto the Edge site (seriously, what are you doing with your life?) I’m here, as always, with your weekly Culture examination. As last week’s special This Christmas in Culture examined the whole two-week festive period on TV and in theatres, I thought it would be nice to look back, rather than forward, celebrating 2016 by looking back at the year that’s about to disappear. 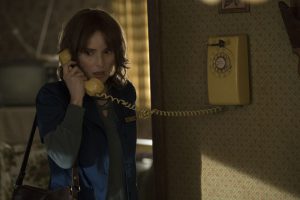 Shall we start with TV? Surely, 2016 has been the year of the streaming service. While past years have given us some great shows, the likes of Netflix and Amazon Prime have upped their games, pouring sky-high budgets into their original productions. In Netflix land, we’ve had the return of Gilmore Girls after nine years off-screens, to much excitement from our writers (read their list of the best Gilmore Girls episodes, or check out Carly-May Kavanagh’s review of A Year In the Life‘s turmoilous finale); seen Stranger Things come from nowhere to take the world by storm with its eighties charm; Luke Cage smashed his way into the Marvel Cinematic Universe; and The Crown showed us new sides to our treasured Queen. Over on Amazon Prime, The Man in the High Castle returned for its second series, and Jeremy Clarkson and co.’s new show, The Grand Tour, exploded onto screens with a colossal budget but the same Top Gear charm.

That’s not to say that the good old terrestrial channels and their productions aren’t holding their own, however. The most massive season of Game of Thrones yet sent the fans (and the Edge writers) crazy for ten weeks back in April, while The Night Manager showed the likes of James Bond how a modern spy thriller is done. Westworld showed promise  in filling the vacuum Thrones is about to leave in our lives, while Planet Earth II left us all feeling dazzled yet responsible for the ever-changing face of our world, thanks to the brilliant Sir David Attenborough.

All in all, 2016 has been a terrific year for TV; its continued blossoming has finally proved it as an equal to the much larger film industry. However, we can’t forget that, just like other sections of the entertainment industry, the year has taken some shining stars from us. Presenting giant Sir Terry Wogan left us in February; comedian Ronnie Corbett, the last of the two Ronnies, in March; two of the greatest women in comedy, Victoria Wood and Caroline Aherne, in April and July; and Manuel himself, Fawlty Towers‘ Andrew Sachs passed away last month. We remember them with great sadness, and admiration for their contribution to the world.

In theatre, Southampton in particular has been dazzled by the range of talent coming to the city. Our staple theatres, Mayflower and Nuffield, have celebrated significant milestones; while Mayflower turned 30 in September, Nuffield announced its new expansion into a City Venue, to open in 2017. Mayflower has welcomed performances of Chitty Chitty Bang Bang, Chicago, Guys & Dolls, Cats, and The Wind in the Willows, with comedy visits from the likes of Sarah Millican. A new telling of Roald Dahl’s Fantastic Mr Fox was Nuffield’s Christmas show, with Dedication, Noises Off and A Midsummer Night’s Dream also wowing audiences on our very own Highfield Campus. 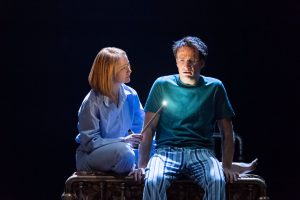 Our own university group have also delivered some stunning plays this year. Theatre Group‘s new crop of freshers dazzled in Animal Farm earlier this month, and Showstoppers delivered memorable performances of both Freelancers and How to Succeed in Business Without Really Trying in 2016. Looking further afield, Harry Potter and the Cursed Child restarted Potter mania when it came to the Palace Theatre, London in the summer, while David Bowie’s swansong musical, Lazarus, was a fitting tribute to the monumental artist, who died earlier this year. All the mentioned shows, and many many more, were reviewed by our stunning team of theatre writers in 2016.

The world of gaming has been far from quiet as well. The two football game giants have been battling it out, with The Edge awarding PES 2017 the top spot with a five star review to FIFA 17‘s three stars. We extensively covered the E3 conference in June, where the likes of new Legend of Zelda and Resident Evil were announced. Pokémon Go took the world by storm in a summer whirlwind of excitement, and was followed by the new Nintendo 3DS games Sun and Moon last month. The Witcher 3: Blood and Wine and Uncharted 4 are just some of the games you can look forward to seeing in our ‘Top Games of 2016’, coming to the site very soon.

Finally, in the slightly neglected world of literature, we’ve reviewed some great news books this year, including the newest in J.K. Rowling’s Cormoran Strike series, Career of Evil; a book about carrying an alligator home; the story of three early modern Queens; and After You, the sequel to Jojo Moyes’ tragic Me Before You. Halloween saw our attention to turn the world of horror and its ‘King’ (geddit), Stephen King. The world was left bereft by the death of renowned author Harper Lee, but The Edge tributed her with a flashback review of her legendary novel To Kill A Mockingbird. In July, on both J.K. Rowling and Harry Potter’s birthdays, the script of the new Cursed Child play took the world by storm; though nothing can replicate the magic of seeing it in the theatre.

2016 has been somewhat of an annus horribilis in many areas, but we mustn’t forget the good things its contributed, too. This is surely one of the best years for our cultures on record, and we’re more invested in the worlds drawn up for us by our televisions, our literature, our theatre and our video games than ever. Merry Christmas, and let’s hope for a happier 2017. Next week, business as usual; and Sherlock‘s back…