This week sees celebrities coming together for two of the year’s biggest television events, though they couldn’t be more different. For one, it’s time to get your glam on – for the other, it’s a fight to survive. 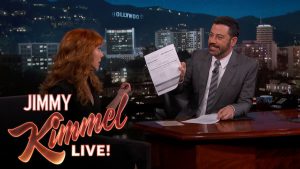 Yes, the first is the biggest night in TV all year – the Emmy Awards. As usual, it’s set to be a star-studded event, with Jimmy Kimmel back to present proceedings. Awards include Outstanding Drama Actor (Kevin Spacey, Rami Malek, Ben Odenkirk); Outstanding Drama Actress (Tatiana Maslany, Viola Davis, Claire Danes); Outstanding Drama Series (Game of Thrones, House of Cards, Mr. Robot); and Outstanding Comedy Series (Master of None, Veep, Unbreakable Kimmy Schmidt). It’s a tough one to call as ever, but I’m putting my money on Game of Thrones, as ever, scooping that big prize. The 68th Emmy Awards will be broadcast in the UK on Monday 10pm on 5USA.

The second is far more unusual, as ten (slightly less A-List) celebrities are marooned on a desert island for charity! Yes, this is Celebrity The Island with Bear Grylls, an offspawn of the regular Island – and what’s better than watching ten idiots struggle to stay alive on a remote island? Ten celebrity idiots struggling to stay alive on a remote island. It’s all for Channel 4’s Stand Up To Cancer line-up, and some of the celebrities taking part include Made in Chelsea‘s Ollie Locke, Dom Joly and a Labour councillor. You can catch Celebrity The Island with Bear Grylls on Sunday 17th September, at 9pm on Channel 4. 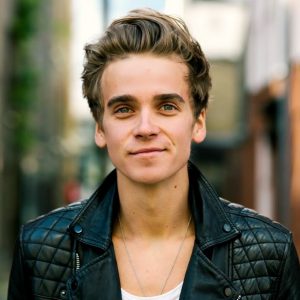 Hot off the success of his sister Zoella’s books, Joe Sugg has a new graphic novel out this week. Username: Regenerated is the second book in the vlogger’s hit series, which sees the world warped by technology, used to control the people within it. It’s also a love story, as besotted geek Lionel offers to literally rescue the heart of heroine Evie, which is trapped in a virtual e.scape prison created by Evie’s father. The Suggs are certainly shooting stars in terms of talent, so this one is not to be missed. Username: Regenerated is available to buy from Thursday 22nd September, from Hodder and Stoughton.

This week also sees the release of Forza Horizon 3! The racing game is exclusively for the Microsoft Xbox platform, and its third instalment takes the action to Australia, where, at Horizon Festival, “you’ll explore the biggest, most diverse and scenic open world yet”. And who doesn’t love to explore open world games? The game’s last instalment was in 2014, so it’s been quite the wait for fans, but never fear, as Forza Horizon 3 arrives this Friday, the 23rd September.