Read more
You are at:Home»Culture»Intro to: Impractical Jokers
By David Mitchell-Baker on August 23, 2016 Culture

When you are sat by yourself watching TV in your lounge, sides hurting from laughter, tears streaming down your face as you cannot stop laughing from the hilarity of what you are watching – that is when you know that you have found yourself a new favourite TV show. Ladies and gentlemen I give you… Impractical Jokers. 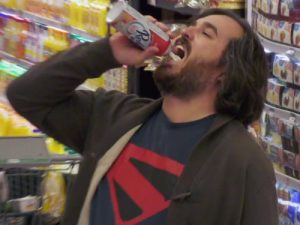 Featuring the comedy quartet The Tenderloins, made up of Joseph “Joe” Gatto, James “Murr” Murray, Brian “Q” Quinn, and Salvatore “Sal” Vulcano, Impractical Jokers is a hidden camera prank show. Now I know what you’re thinking – “There are loads of those already on YouTube!” – but Impractical Jokers is miles funnier than any viral videos or internet pranksters out there. Each episode, the group are given a series of challenges to undertake and successfully complete. If they’re successful then they get a “thumbs up”, but if they fail then they get a “thumbs down”, and the one with the most “thumbs down” by the end of the episode is given a punishment. The challenges are purposefully made to be as difficult as possible for the jokers, and the punishments follow in the same vein.

The hilarity of the show lies not only in the pranks themselves, virtually all of which are public pranks which reach high levels of absurdity, but in the group’s own comedy; all four bring their own unique brand of comedy, whether it’s through their method of undertaking the challenges, or just what they simply say and do during said challenges, the Tenderloins are always entertaining to watch. 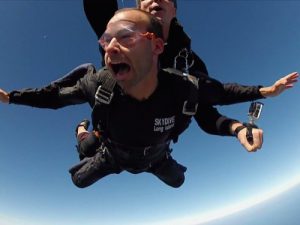 Highlights of the show include Q having to present a book about an alcoholic, unemployed dung beetle who hires prostitutes to a room full of parents and kids, Sal reclining a patient back into a vertical position on a dentist’s chair, Murr’s near PTSD inducing sky-diving punishment and Joe’s now famous, and frequent, screaming of “Larry!” To describe these moments really does not do them justice. On top of this, the public’s interaction with the group is also often spontaneous and equally as funny; some twig that they are on a hidden camera show, some are confused by the absurdity of what the jokers are doing, and some even go along with what’s going on thinking that they might be the crazy person.

The show has been running since 2011 and a sixth season has recently been confirmed. In this time Impractical Jokers has garnered a loyal and passionate fan base and critical acclaim, leading to more stand-up shows for the Tenderloins – most notably they’re playing to the O2 arena in 2017, with tickets quickly selling out. As the show continues to impress and entertain in an abundance, make sure you climb aboard and enjoy what has quickly become the funniest show on television.