Read more
You are at:Home»Culture»This Month on Netflix: August 2016
By Anneka Honeyball and James Barker on August 1, 2016 Culture

In our ongoing monthly feature, The Edge takes a look at ten of the best new releases coming to Netflix UK in August. Among this month’s releases are a number of acclaimed films, blockbusters and television series. 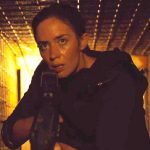 Denis Villeneuve’s critically acclaimed crime thriller, Sicario, is coming to Netflix at the beginning of the month. Starring Emily Blunt, Benicio Del Toro and Josh Brolin, the film follows a principled FBI agent, who is enlisted by a government task force to bring down the leader of a brutal Mexican drug cartel. Described by our reviewer as “one of the most well-crafted and persistently tense films of the year,” Sicario is sure to make an explosive entrance as we enter another month of binge-watching. 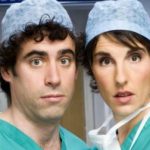 The 2004 comedy that brought the hilarious duo of Stephen Mangan and Tamsin Greig together, Green Wing is coming to Netflix this month. The series may be set in the fictional ‘East Hampton’ hospital, but in reality it is a satire on the likes of Casualty and Holby City as there are no actual medical stories to be found – instead there are raucous soap-opera esque twists for the laughable doctors and nurses involved. The series also stars Olivia Colman, Michelle Gomez, and Sarah Alexander. 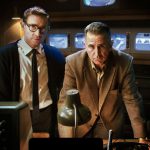 The Eichmann Show is one of the hidden gems of 2015. A BBC TV Drama film, it follows the true story of how American TV producer Milton Fruchtman (Martin Freeman), and blacklisted director Leo Hurwitz (Anthony LaPaglia), united to broadcast the trial of one of the world’s most notorious Nazis, Adolf Eichmann (Vaidotas Martinaitis). As well as Freeman and LaPaglia, the film also stars Rebecca Front. The Eichmann Show arrives on Netflix on August 1st. 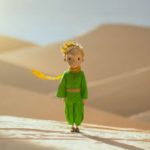 Loosely based on the classic French novella by Antoine de Saint-Exupéry, The Little Prince is the latest Netflix original film to arrive on the streaming service. This quaint animation follows a young girl who, overwhelmed by her overbearing mother, looks for escape in the stories of an elderly aviator. Directed by Mark Osborne, the film features the vocal talents of Jeff Bridges, Rachel McAdams, Paul Rudd, Marion Cotillard, Benicio Del Toro, James Franco and Ricky Gervais. 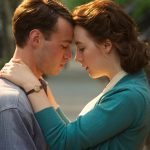 One of this year’s award season darlings, John Crowley’s critically acclaimed romantic drama, Brooklyn, is arriving on the streaming service this month. Scripted by Nick Hornby (About A Boy), the film tells the story of a young Irish woman, as she emigrates to Brooklyn and falls in love with a local man. However, her past soon catches up with her; forcing her to choose between two worlds. Featuring a dazzling lead performance from Saoirse Ronan, the film also stars Emory Cohen, Domnhall Gleeson, Julie Walters and Jim Broadbent. Read our original review here. 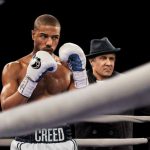 One of the more underrated films on this year’s awards circuit, Ryan Coogler’s highly celebrated Rocky spin-off sequel, Creed, is also arriving on Netflix in August. Starring Michael B. Jordan, the film follows the son of heavyweight boxing champion Apollo Creed, as he attempts to follow in his Father’s footsteps, with the help of Creed’s friend and former rival, Rocky Balboa (Sylvester Stallone). Read our original review here. 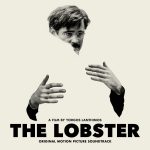 The vaults of Netflix aren’t just home to Hollywood blockbusters and cult classics. The latest addition to their more artful independent features is Yorgos Lanthimos’ absurdist dystopian comedy-drama, The Lobster. Set in an alternative world, wherein your relationship status defines your very existence (as a human), the film stars Colin Farrell and Rachel Weisz, as an unlikely couple who seek to defy the rules of their separate factions. Read our original review here.

Dawn of the Planet of the Apes – 10th August 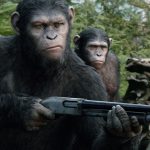 Dawn of the Planet of the Apes is arriving on Netflix later this month. Created with extensive and acutely realised motion capture performance, the film follows the leader of the ape colony, Caesar (Andy Serkis) as he struggles to maintain peace among his ranks when a group of human survivors come across their home. The film also stars the likes of Toby Kebbell, Gary Oldman, Jason Clarke and Keri Russell. Read our original review here. 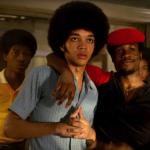 The Get Down is Netflix’s only original series of the month, but it’s one that everyone has been waiting for. Following in the footsteps of Glee and Empire, The Get Down in a musical drama series, starring Paper Towns‘ Justice Smith and newcomer Herizen Guardiola. Both play star-crossed teens with a love for music and desire to escape their troubled backgrounds. The show is the brainchild of Baz Luhrmann, who spent ten years developing the project. Part one of The Get Down‘s first season will arrive on Netflix this monh with seven further episodes coming later in the year. 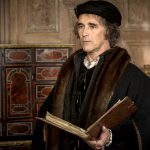 Wolf Hall was one of the BBC’s biggest triumphs of 2015, winning the Golden Globe for Best Miniseries, and receiving eight Emmy nomination. Based on the Hilary Mantel novel of the same name, it charts Thomas Cromwell’s rise to power as Henry VIII’s right-hand man. Rather than portraying him in the manipulative light other historical documentation has, Mantel presents Cromwell as extremely talented, with the country’s best interests at hand. But with a king like Henry VIII to serve, his task is no mean feat. Mark Rylance and Damian Lewis star.