We’ve had many ages to our history, but if I had to name the current era of the entertainment world, it would be the Age of Nostalgia. I’m not sure if it’s always a good thing; perhaps we should be looking forward, not backwards. But I would also be lying to myself if I said that the thought of Robot Wars coming back wasn’t a good idea. 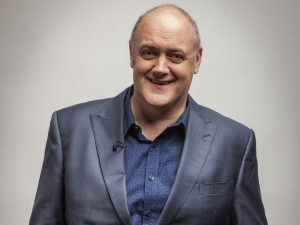 In a Glasgow warehouse, many robots (or should I say many robot controllers) are preparing to go to battle, after a long period of peacetime. With events like Donald Trump’s Republican Rally, and ‘Brexit’ dividing the country, there’s a lot of anger in the world right now and Robot Wars is here to satisfy that rage. In case you’ve been living under a rock, Robot Wars was a distinctive ‘noughties’ show, running from 1998 t0 2004, presented first by Jeremy Clarkson (understandably, he wasn’t asked back), and then by Craig Charles (we’re sad but he’s busy with Red Dwarf). Now it’s returning to pitch new robots against each other, whilst avoiding the villainous ‘House Robots’ and various other hurdles thrown at them by the death trap arena. Dara O’Briain, of the Mock the Week and Apprentice: You’re Fired fame, will now present the show, alongside Angela Scanlon. Can they live up to the iconic Craig Charles? Will it be as exciting as the original series? Will Sir Killalot be back? To find out, tune in to BBC Two on Sunday 24th July, at 8pm…

In terms of gaming, let’s talk about the latest world obsession. Worldwide, people are spending more time on Pokémon Go than on their social media at the moment, hunting down Pokémons armed with a phone and a sense of adventure. It’s excited a world of gamers to get outside and get active, and has probably changed the face of mobile gaming forever. People are campaigning for Harry Potter Go; one of Pokemon Go‘s creators has even shared his desire for a Game of Thrones Go. Imagine walking about your local park to start a wizarding duel with a stranger; imagine joining your local ‘House’, declaring allegiance to Stark, Targaryen or Lannister. I’m sure it won’t be too long before these dreams are realised. Just remember to take your eyes off your smartphone for a second to look both ways when you cross the road. 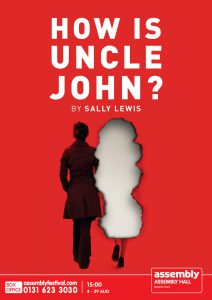 How is Uncle John is a new play coming to the Nuffield Theatre. This dark production follows the story of Hope, a teenage girl who disappears after going on holiday with her new partner, and her loving mother’s subsequent battle to bring her daughter home. Hampshire-based writer Sally Lewis worked with Stop the Traffik and Unseen when creating the play, which will be previewed in Southampton ahead of its proper debut at the Edinburgh Fringe Festival. This “unflinching descent into darkness” comes to the Nuffield on Friday 29th July at 7.30pm, and is open to anyone aged 16+.

A new thriller, I See You, comes from author Clare Mackintosh this week. She wrote the hugely successful I Let You Go in 2014, and her next novel follows a new mystery with all new characters. The blurb reads: “When Zoe Walker sees her photo in the classifieds section of a London newspaper, she is determined to find out why it’s there. There’s no explanation, no website: just a grainy image and a phone number.” Why is Zoe’s picture in the paper? Is it really her, or a mistake; or maybe someone is watching her every move. I See You is available from Thursday 28th July.