Read more
You are at:Home»Culture»Intro to: The Defenders
By Matt Clarson on April 27, 2016 Culture, Television

If by now you’ve heard of that Daredevil show on Netflix – the one about the blind ninja with super-hearing and an appetite for justice – you’ve more than likely also heard several people banging on about how it’s so good. They keep telling you to watch it. Telling you that it’s not like other superhero things (and absolutely not like the Ben Affleck film), that it’s dark, that it’s gritty, that it’s character-focused, and that somebody needs to give Jon Bernthal a god-damn Emmy. 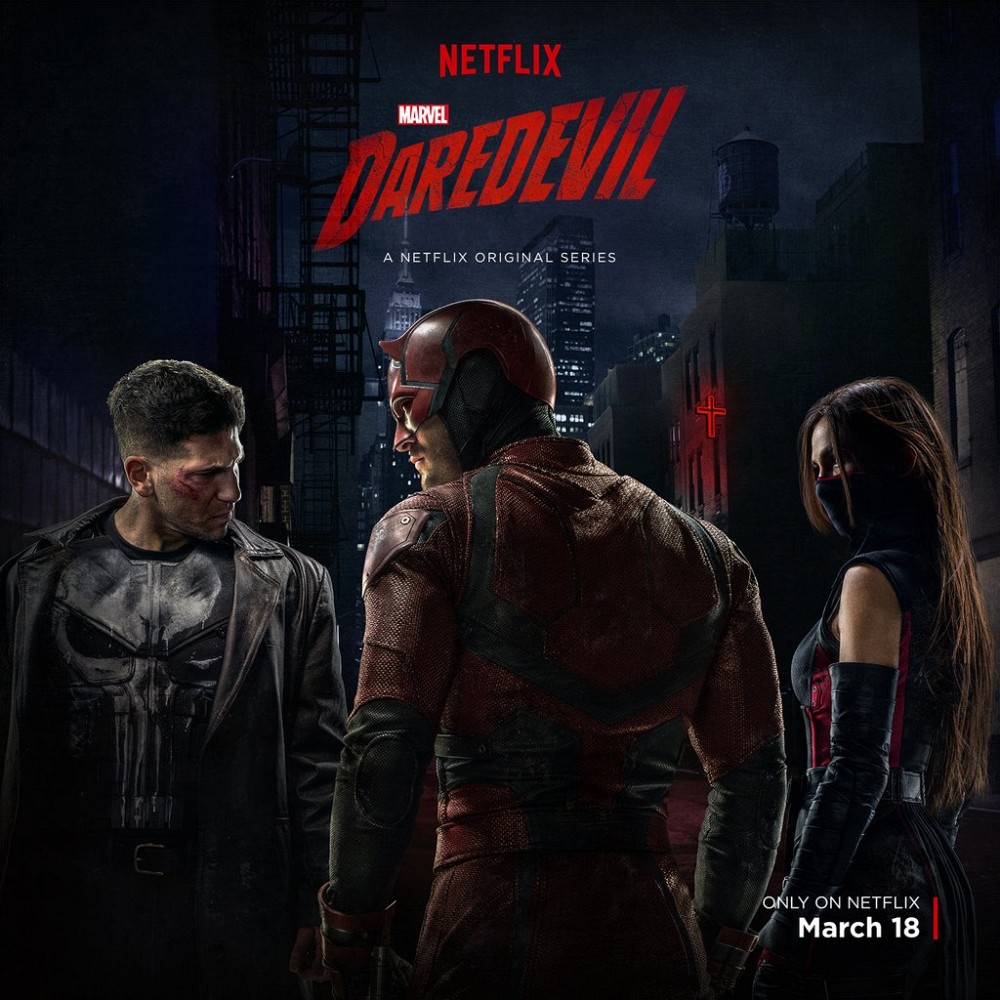 Just to clarify, Daredevil is all of those things, and if you haven’t seen it yet (and have a couple of weekends set aside for some Netflix binging) you should definitely stop whatever it is you’re doing (reading this, writing that essay, bettering yourself physically and/or emotionally) and give it a watch. However, beyond being a very good stand-alone TV show, Daredevil is, like every other Marvel property released since Iron Man, a part of the nebulous, pervasive triumph of marketing that is the MCU (Marvel Cinematic Universe).

What this actually means is twofold: firstly the show features references to those big Marvel films you’ve probably seen. People talk about the green guy, and ‘that wanker with a shield’ in Daredevil, as well as make references to the events of the films (like New York being attacked by aliens). This stuff is nice; it lets the people who are really into all the Marvel stuff (we all know one) squeal and point excitedly at the screen whenever it pops up, but it never gets in the way of the show’s primary story. If you had never seen or heard of The Avengers, Daredevil wouldn’t be particularly different to you. 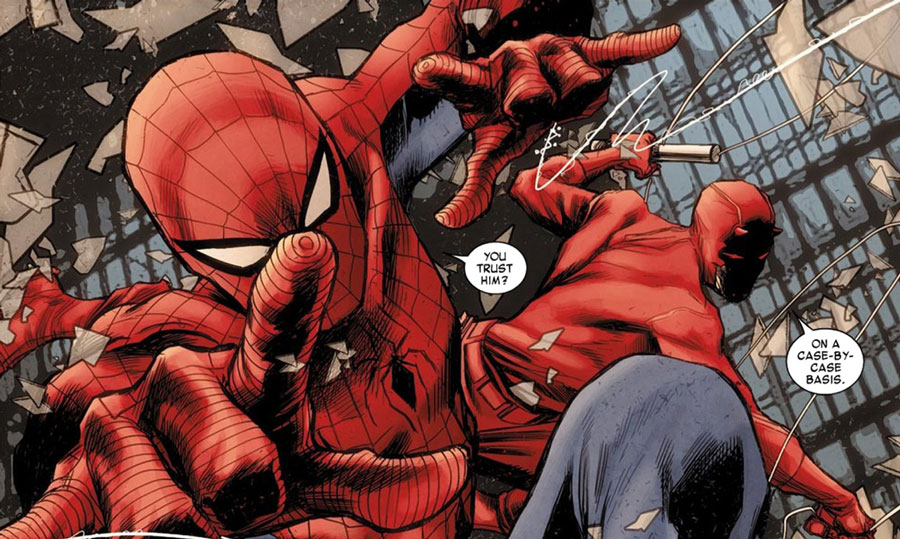 The second thing is more important. In the same way that the Marvel films, as well as chugging along with their own stories and characters, all built up towards Avengers Assemble (and subsequently to Age of Ultron and then Infinity War) – Daredevil is doing the same thing concurrent with three (maybe four, if Jon Bernthal gets his own spot as The Punisher) other shows. These properties will all culminate in yet another show – The Defenders, which is like the Netflix version of The Avengers.

One of these other shows has already started. Jessica Jones rolled onto Netflix at the end of last year, and was met with similar (though maybe not quite as good) acclaim to Daredevil. This one is about a PI lady with super-strength and an appetite for justice. What was of particular interest with Jessica Jones, however, is that it tested the actual appeal of The Defenders project. Everyone kinda knows who Daredevil is already (slight exaggeration, but we’ll run with it). He’s had a film, and has appeared in the comics of his more famous colleagues (most notably Spiderman). A Daredevil show is not too outlandish. A Jessica Jones show, though? She’s a much more minor comic-book character, and, prior to the Netflix show, had almost no name recognition. The fact that such an unknown can do so well is great news for Netflix, as they can now start properly putting all the pieces together for The Defenders.

This has started with the announcement of the third show – Luke Cage, an invulnerable bartender from Harlem with an appetite for justice. The eponymous third Defender has already appeared as a guest star in Jessica Jones (seriously, that show is like the ultimate litmus test – they might as well have just come right out and asked ‘you guys are all cool with a Defenders series, right?’), and will be arriving some time in Autumn.

So far, the Defenders are a pretty risky bunch, just stumbling from one idea that would never get picked up by a traditional studio to the next. Not only are pretty much all the premises unknown, the leads are hardly…traditional. There’s the disabled guy, the woman (shocking I know, but Jessica Jones is the first stand-alone female superhero in the MCU), and the black guy. Can you imagine trying to pitch that to a studio exec?

Fortunately, the fourth member of the Defenders is a rich white guy, thus restoring balance to the world. As well as being rich and white (and male, very important, that), he knows martial arts and has, if you haven’t guessed already, something of an appetite for justice. Iron Fist (the eponymous WASP) has already been cast, with Game of Thrones’ Finn Jones getting the role.

Now that we’re all caught up, and know who everyone is (kinda), the only thing left to do is work out what The Defenders will actually be. Like its cinematic cousin, the show will revolve around a bad-guy so abominably villainous that one superhero won’t be enough to stop him. Who exactly this will be is up for debate. So far, the best bet is either Wilson Fisk post-prison (see: Daredevil season one. Also spoilers), or whoever the fuck The Hand actually is. Based on the way the series have worked so far, it’ll be probably be both. It also seems a good time to point out that I don’t really have any idea what I’m talking about here. I have never, and probably will never, read the comics, and while I wouldn’t go so far as to say that I’m making this stuff up, I’d definitely say that Wikipedia has been invaluable.

Anyway, besides all the stopping the bad guys stuff, The Defenders, much like the individual series, will no doubt also focus heavily on the characters themselves, and their personal struggles. At least I sincerely hope it does, because it’s this that makes Daredevil and Jessica Jones as good as they are, and separates them from the rest of the Marvel properties. And by separate, I mean ‘make better than’.

Daredevil seasons 1 & 2, as well as Jessica Jones season 1, are all available on Netflix now.