Do you enjoy failure? Do you like watching your own soldiers die brutal deaths? Do you like consigning humanity to an eternity of authoritarian alien rule? Then come on down; we have just the game for you!

Aliens, explosions, turn-based combat, the fate of mankind and constant, unavoidable failure. If these are things you want from your games, then XCOM 2 is the one for you. Sequel to the award winning XCOM: Enemy Unknown, this does pretty much everything a good follow-up should– polishing gameplay, adding a bunch of features that make you wonder how they could possibly have been left out of the original, and removing others that were needlessly frustrating to begin with – all while providing an experience that feels both new and familiar at the same time.

The game sees you take control of XCOM, a secretive resistance organisation in a world that has been conquered by alien invaders (the same invaders you were fighting in the first game – the fact that the story hinges on you having lost is important, it basically sums the series up – you will lose, a lot). In your flying headquarters you manage XCOM’s global actions and responses to enemy movements, before launching missions to engage them directly. It’s this bit that makes up the core gameplay, as you command a team of four to six soldiers, directing their every movement and action. 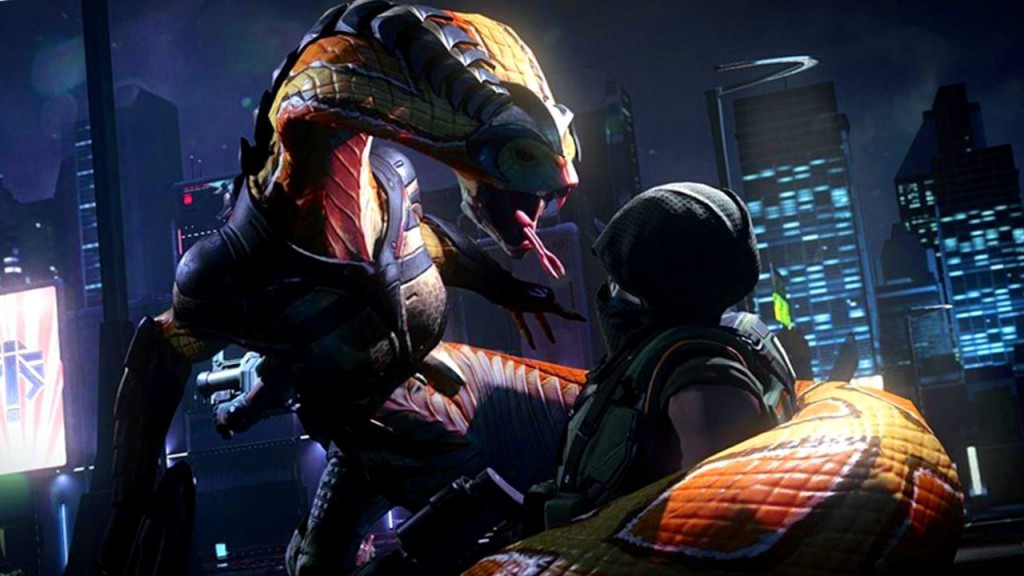 XCOM 2 (like its predecessor) is a tactical, turn-based game. Ideally, you use careful planning, patient build-up, and an understanding of the exact game mechanics to carry out devastatingly successful attacks against your opponents. Realistically though, you charge in, shooting and exploding everything in sight, only to have your best soldier stranded in the middle of the battlefield, one of your soldier’s mind-controlled by the enemy, one of them wrapped up and squeezed to death by an alien snake, one of them being punched to death by a huge-ass monster thing, and one of them cowering in a corner, crying and calling out for their mother. This happens roughly every mission.

In short, the game is difficult. Kinda like Dark Souls but in slow motion. This difficulty can be off-putting at first, but as you drag yourself through defeat after harrowing defeat, you start to work out how the game is supposed to work – and when that happens, when you start winning regularly, boy does it feel good.

In terms of features, XCOM 2 improves on the first in a number of ways. There’s the option for stealth at the beginning of most missions (though this invariably devolves into loud, scream-y carnage), enemies drop valuable items when they die, there are more varied maps and mission objectives, the story moves forward in a more deliberate way, there’s much greater solider customisation, and a bunch of other stuff. Mostly, these features are the developers including things you would already do in the first game, but allowing you to do it with the push of a button, rather than a tedious hunt through the entire UI every half-an-hour.

The game’s only real problems are the graphics (even on computers that are actually good enough to play the game properly, the graphics are hardly overwhelming), the loading times (top tip: press CAPS LOCK on the loading screen – I don’t know why this works), and, of course, the fact that it’s a PC exclusive – one that requires a fairly new, decent set-up to properly run.

All in all, though, XCOM 2 is just as good, if not better than the original. It’s challenging (to say the least), but in a way that makes sense – you aren’t punished arbitrarily, you really are just playing the game wrong. The nature of the game (that is, the fact that the story is by no means its main attraction) lends itself to massive replayability. It has an active modding community, with nearly two-hundred mods available only a week after its release. And it’s cathartic as fuck to run up behind an alien and shotgun it in the back of the head.

XCOM 2 is available now on PC.