Luther's back, cracking skulls, shouting loudly and stopping crime. A slow start gives way for a thrill-ride of awesome television in the first of this two-part special.

The best detective show around (and pretty much the only one worth watching, besides Sherlock) is back, and after a slow first half, Luther returns to scintillating form. The episode, the first of a two-part miniseries, contains all the things we’ve come to expect from the BBC show – disturbingly inventive serial killers, edge-of-your-seat thrills, just enough emotion to ground the whole thing without being sentimental, and, of course, Idris Elba throwing himself around the screen like a man possessed.

We join Luther (Elba) some time after the events of the third season, having left the police force and retired to the middle of nowhere, where he is met by two police officers (Darren Boyd and Rose Leslie) bearing news that his friend (seems like the wrong word, let’s go with acquaintance) Alice Morgan has been found dead. Luther refuses to believe that Alice has died, and heads into London’s murky underworld, sans badge, to uncover the truth. Meanwhile, showrunner Neil Cross has cooked up another skin-crawling killer (John Heffernan) – who eats various parts of his victims, and removes others. 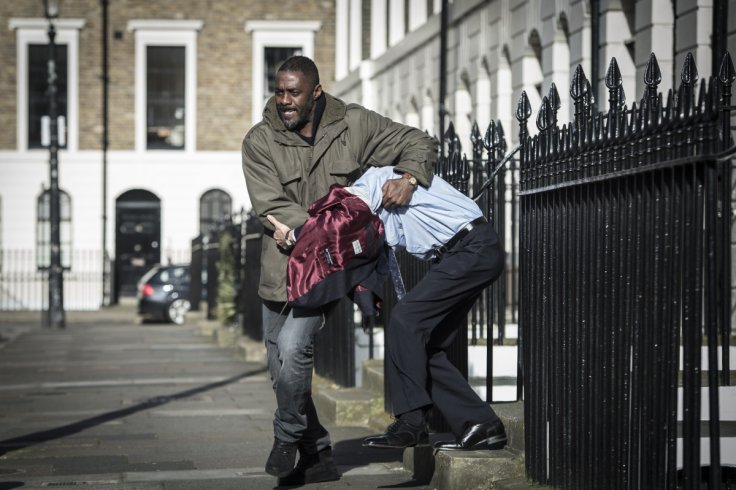 Elba gives a brilliant performance as the titular character, comfortable in inhabiting a role and a character he has known for years, and this comfort shows – he seems to relish in the moments where the show harks back to previous seasons, those “fuck yeah” moments where Luther is being Luther again, rather than the increasingly withdrawn character he has become as the series has progressed (a withdrawal that Elba makes believable and even enjoyable to watch). Newcomer Rose Leslie (Game of Thrones), meanwhile, rises to her part in the episode – she works well with Elba, and could offer a satisfying replacement for Warren Brown’s Ripley. Ditching the Game of Thrones accent in favour of her own, Leslie’s part here is much less overplayed and (dare I say) hammy in the fantasy series. She is given room to act at a higher level here, and has stepped up well to the challenge.

In terms of plot and the general production of the episode, there is maybe a lack of pacing in the first twenty minutes or so. It feels like Cross lingers too long on re-establishing Luther’s character, and as a result, the first half of the spend is wished away waiting for something to happen. When it finally does however, as the episode moves into its second half, it does in true Luther style – quickly jumping from 0-60 in an instant, and then staying at that same level of intensity for pretty much the rest of the episode. We get action and chases and John Luther swaggering through London not giving a single fuck, and it’s fantastic. The episode dovetails nicely into a double cliff-hanger, it’s two plotlines looking ready to peak next week. All in all, some damn good television, and a reminder of how engaging crime-drama can really be.

Luther airs on BBC One, on Tuesdays at 9pm.