Read more
You are at:Home»Culture»Weekly Matt: Harry Potter and the Middle-Eastern Mess
By Matt Clarson on November 15, 2015 Culture, Literature

This being my first weekly post/column thing, I thought I’d start slow. You know, open with a water-skiing budgie in Bulgaria, and then on to more complicated topics from there. But then Israel-Palestine caught my eye, and so this column is probably going to be cancelled before its second week.

In case you aren’t caught up, there’s something of an altercation going on in the Middle-East involving Israel, Palestine, religion, borders, war crimes, and humanitarian crises. I’m going to admit now that I really don’t much about this beyond the broad strokes of the conflict, so if I get anything wrong, it’s because I got it wrong, not because I think I know any of the answers to the myriad problems that Israel-Palestine has thrown up over the past however-many decades.

What I’m going to be talking about instead (given that this column is supposed to focus on culture: or TV, books, games, and theatre) is how author J.K. Rowling (Harry Potter) has recently gotten caught up in debates about the conflict. There was, last month I think, a decision made by academics and artists across Britain, to impose a cultural boycott on Israel in response to their recent scaling-up of military activities. This boycott was opposed by a number of people, including Hilary Mantel (Wolf Hall), Simon Schama (A History of Britain), and, of course, Ms. Rowling.

Rowling’s involvement led to a number of responses by her fans, and fans of the Harry Potter series, who criticised her position as being pro-Israel, or rather anti-Palestine. One such response, a letter posted to Facebook by Mia Oudeh, compared the conflict to the wizarding war which takes place in the series. 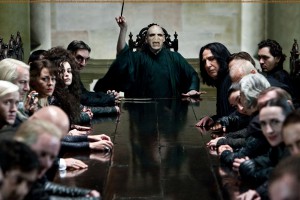 Oudeh argued that in this comparison, Israel is represented by the Death Eaters, and Palestine by the not-Death Eaters. She made eloquent, compelling points about the brutality and oppression that face Palestinians, as well as the huge difference in military power between the two peoples. Oudeh’s letter received a fair bit of attention, which led to Rowling posting her own response, elaborating on Oudeh’s comparison of the Israelis to Death Eaters, and explaining her decision to oppose a cultural boycott of Israel.

It is in Rowling’s response that my interest lies (if only because I’m frankly scared of focusing too much on Israel-Palestine itself). Firstly, the entire exchange is a wonderful testament to the power of the Harry Potter books, and of art in general. It gave Oudeh a means of expressing her feelings about the conflict, and a way to frame her thoughts (it seems pertinent to point out that Oudeh is a Palestinian) where otherwise she may have been unable to. Certainly, the ideas and messages explored by the books maintain an important level of relevance, both to the world at large and to those who read them.

Secondly, the point that Rowling made in her response to Oudeh is one that struck a chord with me, and which I think should be spread as far as possible, for it applies not only to discussion about the conflict in the Middle-East, but to the world in general. We as a species are all too often warlike and violent, and yet we achieve greatness not through aggression, but in those moments when we choose to reject aggression. There’s a reason everyone likes Ghandi, or Martin Luther King. 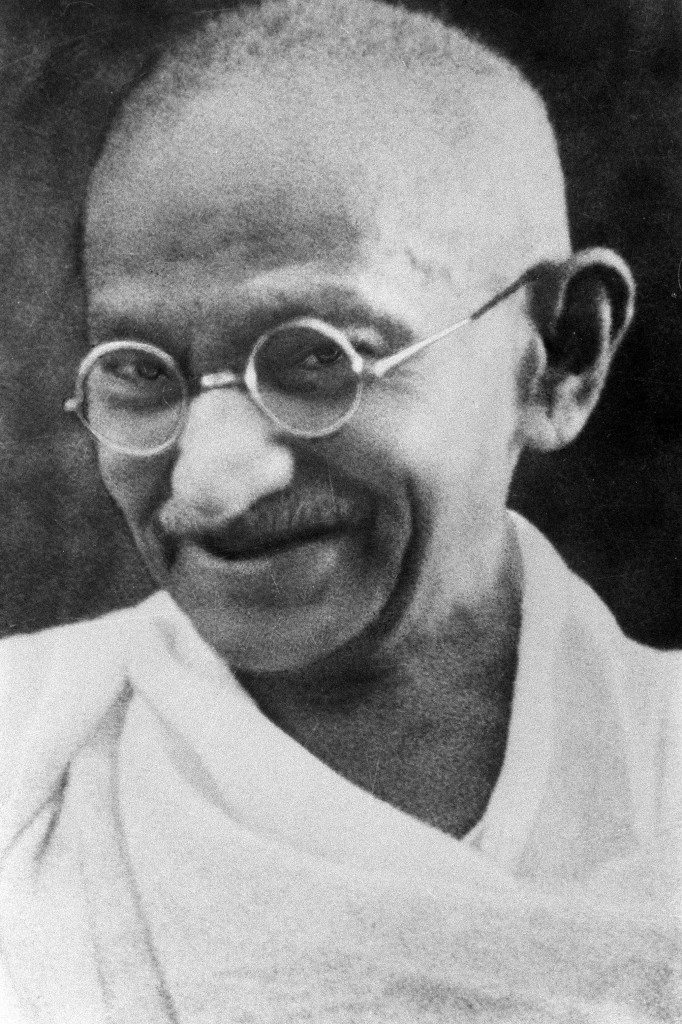 This is Ghandi. Just…just in case you weren’t sure

They understood, and so should we, that it is empathy and compassion that inspires greatness. That communication, and the ceaseless attempt to find the common ground is what ends wars and suffering and hate. While I agree with Oudeh, and find the atrocities committed against the Palestinians abhorrent, I agree more with Rowling. The response to such things is not to lash out, or seek perpetual vengeance, but to understand that in a nation of people, while there may be those who are cruel and evil, there are also people who are kind, and who, like you, wish only for peace and an end to the violence. Refusing to talk to these people, to block them out and to box them in, is always the wrong action to take.