Read more
You are at:Home»Culture»Save Us From Right-Wing Journalist Hacks – and especially Guy Stagg
By The Edge on October 21, 2011 Culture, Theatre

I recently read this article:

It is written by Guy Stagg.

Guy Stagg is not a real stag. What he is, is a man, who writes sentences for a living, a high proportion of which are factually inaccurate.

The article title seems to imply that there is a snobbery in comedy that is inappropriate and unique to those who take a Left-wing political stance. In fact the article says very little about the relationship between political stand point and comedy. It does, however, adopt the anti Stewart Lee line of Jan Moir, frustrated but talentless aspiring comedians and people with a tenuous understanding of irony:

“His sets are a blend of cynicism, vanity and unbearable snobbery.” Lee’s acts are consistently self-deprecating and self-aware. Call me “full of hate” but I do not like being called a snob for liking a comedian who dares to imbue his act with some cognitive content, by a man who used to work as a researcher for the Conservatives,  a party which has spent the last month informing us of the inherent criminality of the “underclass” it has helped disenfranchise.

That his “stand-up sets are a refined way of saying that anyone who reads Dan Brown is stupid and anyone who watches Top Gear is racist” is simply a lie. Stewart Lee criticizes Dan Brown’s novel. The only comment he makes of Brown’s readership refers to its size. Should Lee refrain from passing artistic comment on the books, on their simple, unsubtle sentences for fear that someone (like Stagg) might bring their own prejudices about Dan Brown’s readership to the fore? (Just to be clear, the answer is no, he should not refrain from passing artistic comment on Brown’s books.)

Similarly, at no point does Lee present the notion that “anyone who watches Top Gear is racist.” Again, this is Stagg’s own prejudice. He does suggest that a Top Gear viewer might hope that a piece of his material is “needlessly offensive”. Maybe he makes this joke (remember he is a comedian, that is his role) because Top Gear is needlessly offensive.

As to the snobbery:

“There is a lot wrong with comedy snobbery. It is inappropriate: laughter is an instinctive response, and an inclusive one.”

Laughter is subjective, even if it is instinctive. It is as capable of of being exclusive as inclusive. A joke is relative to the person who tells it and the person, or audience, who hears it. Whether the audience “gets” the joke, whether the joke expresses an attitude the audience finds agreeable or disagreeable, whether the content was expected or not.

Stagg’s argument taken to its logical conclusion justifies anything. The most offensive jokes about Madeleine McCann, rape and any of the tedious “politically incorrect” things Frankie Boyle says must be funny because people laugh at them, and laughter is “instinctive and inclusive”.

The article concludes by taking Lee’s anecdote about David Cameron as evidence of “prejudices”, “hypocrisies” and “hate”. If it is anything, other than a joke, it is an examination of the fact that our political elite seem to be drawn from a very small group of privileged, sheltered individuals. A fact which should force us as a society to ask some serious questions about the effectiveness of our democracy and our aspirations to social mobility and meritocracy.

Lee tells us that the story is made up. He is making it evident that what the audience is seeing is a piece of fiction. The story is as much about Stewart Lee as it is about David Cameron, if not more so.

What is Stagg saying in his article? That we shouldn’t criticise Michael MacIntyre’s comedy because it is popular, rather than examine his work on the basis of artistic merit. That any criticism of the political establishment constitutes “prejudice” and “hate”, that we shouldn’t subject it to satire.

Unsupported, objectionable conclusions from a man with a smug face. 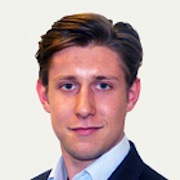