Read more
You are at:Home»Records»Review: Alt-J – ‘Get Better’
By Charlie Burgess on November 19, 2021 Records, Singles
80%
80
Something Different

A more laid-back and wholesome sound from the band.

Alt-J’s second single release and sixth track on their upcoming LP The Dream is acoustic, heartfelt and emotional. Seemingly moving away from their usual electronic tones and indie musings, singer Joe Newman instead channels a folk feel, utilising single-layered acoustic guitar and piano throughout the track with warm and gentle vocals, evoking a reminiscence of an early Bon Iver. 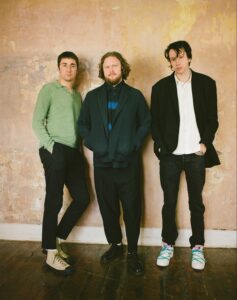 The lyrics at the beginning of the track are touching, a wholesome tribute to a romantic partner who has been hospitalised: “Get better, my darling / I hope you will”. As the narrative progresses, we learn that the addressee has passed away in a car accident, and the song begins to reveal a lover who is unable to accept his bereavement, reflecting on a simpler time: “I still pretend you’re only out of sight / In another room, smiling at your phone”.

Newman has described the track as a “union of two songs”, one he improvised for his girlfriend who was suffering from period pain, the second a chord progression he worked on over lockdown concerning someone suffering from a loss. He describes it as “emotionally the most honest song [he’s] written”, despite the subject being fictitious.

It’s a promising track for the album – a step in a different direction from their lead single, hopefully suggesting a little more diversity for the LP.

Alt-J’s fourth studio album The Dream is set to be released in February next year. Listen to the new single ‘Get Better’ here: