James Blunt‘s unique voice shines distinctively from his classical pop music; his melodic heart-touching songs have never failed to connect with both our hearts and our minds as he sings about his personal experience with his father’s battle with chronic kidney disease. But is Blunt forgotten in the music industry? 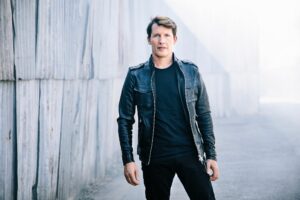 His new album was created during an emotional period of his life involving his father’s battle with stage 4 chronic kidney disease. Blunt seems to feel proud that he can share such a personal record with the world; he confirms every song on the album represents something he is going through in the present moment. He mentions that the songs aren’t for the ‘music business’, but rather for himself. However, for people who are unknown to his personal experience, we might have forgotten about Blunt, and he may only be remembered for his famous hits as we move at such a fast pace in the music industry.

The song itself has an acoustic, but upbeat, joyful pop melody; I can imagine hearing it being overplayed on the radio. The track includes a catchy chorus; ‘I don’t believe in impossible’ and ‘we got a love unstoppable’. The song sounds like a popular hit, and what makes it even more special is the emotion and lyrics Blunt gives us throughout the song. 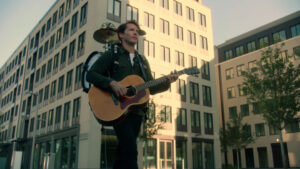 In the music video released alongside the song, Blunt is depicted holding his instruments and walking  downtown, metaphorically reflecting his past as a nostalgic visual. To me, the song is all about moving on: ‘Our dream isn’t done’. The imagery seems to represent Blunt’s music career. Some may perceive his music as highly underrated as he has become a strong symbol in the music industry. The people in the music video outrageously approaching him shows that his music isn’t for everyone; he is an artist that isn’t being popularised by the media, and is consistently unappreciated by mainstream consumers. Perhaps that’s the point – music doesn’t have to be socially popular for people to appreciate and enjoy it.

It’s clear: James Blunt has a heart-warming personality, and his greatest hits remain just as beautifully relevant as they were almost a decade ago. His music will never be forgotten, and will always find a way back to our hearts when we are in an emotional, sincere and nostalgic place. Every autumn for 2 years I somehow find a way back to ‘Bonfire Hearts’, and the nostalgic mist I feel is super refreshing when listening to it. Blunt is in no competition in the music industry, but feeling the music he puts out feels far more important than the attention and fame; his songs are open for the true listeners of Blunt. The media may be turning a blind eye on our favourite soul artist, however for the people who do enjoy and connect with his music, that’s all that matters.

‘Unstoppable’ is out now via Atlantic Records. Watch the video below: