Read more
You are at:Home»Records»Albums»Review: Koffee – Gifted
By Louis Altmann on May 9, 2022 Albums, Records
80%
80
Great

Koffee's latest album delivers a mix of genres successfully as a coherent record.

Jamaican dancehall artist Koffee’s debut album is an interesting mixture of different styles that generally delivers as a coherent whole, saving the best till last with its trio of upbeat and inspiring singles.

This album doesn’t appear to have had much hype around it in the weeks leading to its release, so it was a pleasant surprise to come across it on Spotify a few days ago. I still would have preferred a bit of buildup though, as any new releases by Koffee deserve hot anticipation. She won the 2020 “Best Reggae Album” Grammy for her Rapture EP, and introduced herself to the UK scene the same year on J Hus’s Big Conspiracy, where she rather stole the show in the track she was featured on. J Hus and his team know talent when they hear it: Koffee went on to experience an explosion in recognition among fans of UK rap and Afroswing, which share a lot of features with Koffee’s pioneering brand of modern dancehall.

The first few songs, however, are something of a removal from what Koffee is known for. The slow tempo, acoustic instruments and vocal harmonies of ‘x10’ make it sound like a strange sort of country-fusion track, although Bob Marley’s voice is sampled to remind us what we’re listening to. While I’m hardly equipped to interpret Patois, the lyrics of the following two numbers clearly lament the violence in her home country, which is probably why they’re not accompanied by fast, afroswingy beats. But the alternative, which in the case of ‘Shine’ is a slightly painful combination of slow, reggae-rhythm guitar over a trap beat, does not feel particularly fitting either. 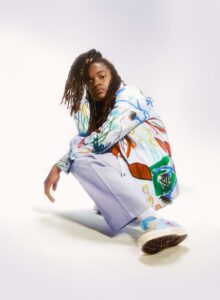 Nevertheless, Koffee’s crystal-clear vocals, range, and fantastically unpredictable flow-switching are present in nearly all of her songs, and from the fourth track onwards her talents are rewarded with some bouncier instrumentals. We’re treated to a number in the traditional reggae style, ‘Lonely’, complete with love-inspired lyrics, a wonderfully smooth choir, improvisation on the guitar and piano throughout, and even a bit of organ thrown in.

‘Run Away’ has a deep, groovy bassline, and the tempo of ‘Where I’m From’ allows Koffee to showcase the agility of her “toasting” (the mixture of rap and singing that defines dancehall). The final three tracks are brilliant singles in their own right, ready to be blasted from speakers worldwide this summer. Whenever you hear J Hus’ producer JAE5’s tag at the start of a song, there’s absolutely zero doubt as to its quality, and ‘Pull Up’ was no exception to the rule.

The best is very much saved until last: ‘Lockdown’, which was actually released as a single nearly two years ago now. For those who heard it at the time, it’s a rather nostalgic piece now, encapsulating people’s feelings of wistful uncertainty as the world around them began to open up again. I remember listening to ‘Lockdown’ on several occasions when certain big restrictions were being lifted, and it left me feeling hopeful that brighter days were around the corner. The song evokes that unique emotional sensation every time I hear it, and it’s proof that Koffee’s lyrics and melodies can be pretty powerful. She’s capable of a great deal, and Gifted is likely just the start of what’s to come from the 22-year-old.

Gifted is available to listen to now via Promised Land Recordings. Listen on Spotify below: