Having earned himself more critical acclaim than any of his other records for the last decade or so, Nas has been climbing back into the higher ranks of contemporary hip-hop with his recent releases like King’s Disease I and II, reminding fans how good of a boom-bap gangsta rapper he can be. With drill and more abstract styles of rap music stealing the charts now, Nas’ music is usually quite refreshing even if it often feels a little outdated, and this album is no exception. Thanks to famed producer Hit-Boy (with former credits on albums from artists like Kanye West, Jay-Z, Kendrick Lamar, Beyoncé and Playboi Carti), these beats are largely more interesting than the weaker boom-bap out there – he adds his flair consistently, especially on tracks like ‘Wu for the Children’ which merges some elements of abstract hip-hop instrumentals in for good measure. 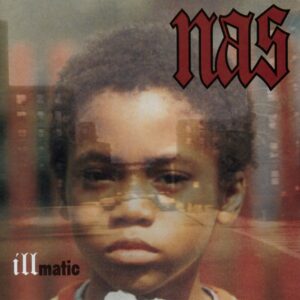 Nas has been sounding hungry again since COVID-19 hit, and it is leading to some of his best work in a long time. His debut, Illmatic, remains one of the indisputable cornerstones of rap music (and deservedly so). But Nas has seemed to struggle to reach those heights since the early 2000s, instead releasing sonic train-crashes like Nastradamus which even features one track that samples Toto’s ‘Africa’… it’s funnier than it sounds in practice. Magic ushers in a return to form, as Nas says on ‘Wave Gods’ that he will continue to work with Hit-Boy with the hope that they may ‘become the new Gang Starr’, name-dropping the intensely acclaimed hip-hop group known for their successful ’90s albums.

At only 30 minutes, Magic is a brief album, dropped as a surprise by Nas on Christmas Eve of 2021, but this brevity helps it a great deal as towards the end is just starts to threaten to become a little tedious. The beats, unfortunately, are a little repetitive, with the similar drum beats making some tracks merge together – but for those who focus on Nas’ delivery and lyrics, this is some of his best work ever. He still struggles to deliver a strong hook, but his verses are consistently impressive – ‘The Truth’ serves as a great example of this as the verses are impeccable but the hook seems to only serve as a distraction from those great parts. 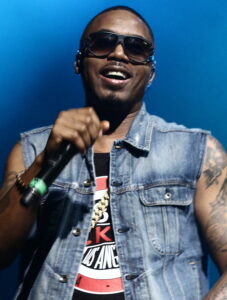 With only two features across its nine tracks, the album is evidently intended to showcase Nas’ talents; and he does so throughout. ‘Meet Joe Black’ is a stand-out song, named after the 1998 film starring Brad Pitt, with a really strong beat and phenomenal verses – even the hook is good – and when Nas does opt for features, he ensures their quality too. A$AP Rocky and DJ Premier (of Gang Starr fame) appear on ‘Wave Gods’ and give strong verses which also offer a refreshing contrast in vocals and delivery styles.

As an album, it’s a strong project in spite of its flaws, helped along by its brief runtime and Nas’ re-discovered hunger to prove himself as one of the greats. Hit-Boy produces well, but his beats do become a little repetitive towards the end of the album in spite of the attempts to incorporate elements from the now more popular abstract hip-hop styles. Nas fans will enjoy it, but fans who prefer newer hip-hop may struggle somewhat to connect with the style.

Magic is now streaming, via Mass Appeal. Listen below on Spotify: