Read more
You are at:Home»Records»Albums»Embracing (some) Mainstream Appeal: A Review of Earl Sweatshirt’s SICK!
By Reece Beckett on January 19, 2022 Albums, Records
80%
80
Strong

Earl Sweatshirt embraces (some of) his mainstream appeal in his great new record.

Having teased new music throughout much of last year, the enigmatic abstract hip-hop artist Earl Sweatshirt has at last returned with a new album, SICK!.

With 10 tracks building up to a brief 24 minute runtime, Sweatshirt fills this small album with more than enough to keep fans pleased as he navigates the space between his more abstract and experimental recent works (his 2018 album Some Rap Songs and his 2019 EP Feet of Clay saw him take his trademark edge and apply it to equally murky instrumentals, making both records divisive to rap listeners), and more mainstream modes of rap music. 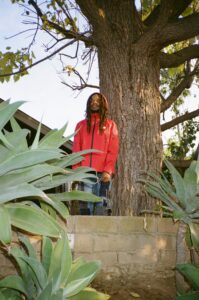 The first two singles released to promote SICK! suggested this style quite clearly – Sweatshirt first released ‘2010′, a short track with a beat influenced by both Drill and the production style of Sweatshirt’s friend/collaborator The Alchemist of more spacey and abstract sounds, and having only one verse which carried across the entire song (no usual hook interruption), the track maintained Sweatshirt’s experimental leaning. The second single, ‘Tabula Rasa’, was more typical for Sweatshirt as it saw him collaborate with Armand Hammer (having appeared on ‘Falling Out the Sky’ with them early in 2020) and stuck with the 2018-era Earl instrumental style, but with a more positive tone seen in both the instrumental and the verses.

The full album is a wonderful mixture of that aforementioned Drill style, rapped over by a hungry but still laid back and introspective Sweatshirt, and appears to be saying goodbye to his previous murkiness in both mood and instrumental style. The stand-out track, ‘Vision’, features Zelooperz who notably worked with Sweatshirt previously on a track titled ‘Easter Sunday’ – which was arguably the first more positive song Sweatshirt had been involved in for more than half a decade and sees both rappers talk about vision and knowledge of self. A sampled ending explains that using magic as escapism can be unhelpful and that there is a need to come to terms with and acknowledge reality with positivity in mind – ‘The magic of truth is much more powerful than the magic of make-believe’, says the sampled voice.

Sweatshirt addresses his feelings of moving beyond his dark past consistently throughout the record. On ‘Vision’ again he talks about moving past a previous drug addiction that was mentioned on his darkest music like ‘Solace‘ in 2015 – he says ‘F*ck out my face with syringe/Fixing my face, feigning interest/Lone all my patience gets thin’ in a line which many are (I think, and hope, inaccurately) linking to anti-vaxx ideologies but seems more likely to be about Earl’s previous struggles with heroin. The lyrics clearly speak of trying to move beyond the past that has fuelled Sweatshirt’s darker tones on ‘God Laughs’, too, as he explains that ‘The same dust can’t stay/I gotta clean or I can’t think’ in a beautiful and concise metaphor for moving forward, brushing the past off of himself and embracing a more positive state of mind.

Effortlessly moving back and forth between a range of flows placed on top of Drill, jazz-rap and abstract hip-hop beats and maintaining high energy for half an hour, Sweatshirt finally lets go with the album’s closer ‘Fire in the Hole’, as again he raps about embracing a better future before letting the album dissolve via a gorgeous, gentle piano instrumental.

SICK! is now streaming via Tan Cressida, Sweatshirt’s record company. Listen to it on Spotify below: