Read more
You are at:Home»Records»Albums»‘Mach at his most didactic’: A Review of Mach-Hommy’s Balens Cho (Hot Candles)
By Reece Beckett on December 21, 2021 Albums, Records
80%
80
Sharp

Mach-Hommy remains untouchable on his second album this year.

One of the most productive and mysterious voices in hip-hop returns, for his second outing this year.

Mach-Hommy has been active in hip-hop since 2013, heavily focusing on the underground style which he has helped to popularise and progress consistently – Mach has made 18 albums and 13 EPs in that timespan of just eight years, but he remains one of the more overlooked characters within hip-hop alongside the similarly brilliant Billy Woods. Why? Well, Mach seems to like it that way – he notoriously overprices physical releases of his records (they cost hundreds, or thousands, of dollars for typically 20-30 minute projects) and also takes down pages which have his lyrics written most of the time, leading to crazed sub-reddits flooded with Google Docs files that try to document the great lyricism of one of contemporary rap’s best. 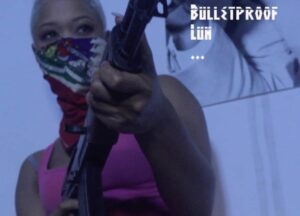 Bulletproof Luh was released on Valentines Day in 2018. Image via Mach-Hommy.

Mach is a fascinating figure, gradually finding his way into the spotlight as he develops an increasingly intense cult fanbase having proven himself as a fantastic artist time and time again. He has very consistently been great, peaking in 2017-18 for me with the mind-numbingly great trilogy of mellow hip-hop that consisted of Luh Hurtz (2017), The G.A.T… (2017) and Bulletproof Luh (2018). However, the transition into the 2020s saw him switch slightly, slowing down a little and re-focusing.

Mach has always been a hard figure to pin down, and the music on Balens Cho nails this side to him as it constantly trips the listener over and subverts expectations. The album has the grit and the impeccably clean (presumably digital) drums from start to finish, but it matches this with a roster of murkier, almost dusty-sounding samples that feel as if they have been found in a forgotten tomb from another time entirely (the horns, for example, on the excellent song ‘Labou’, sound crisp but also from another era). It also sees Mach at his most didactic – he seems to be embracing this side of himself more than ever, making his final track reminiscent of the great Saul Williams track ‘Pedagogue of Young Gods’ as he simply and calmly speaks about looking after the body, the mind and the soul with the ad-libs of himself agreeing making it feel like a surreal classroom.

“Mach has always been a hard figure to pin down, and the music on Balens Cho nails this side to him” 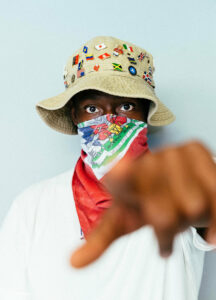 Mach also addresses his Haitian-American inheritance on the track ‘Wooden Nickels’, one of the 25-minute album’s brightest highlights. Speaking of his grandfather and his father, Mach gives an unusually vulnerable look into his personal life as he describes that his two elders gave their lives for other people but received little in return. As a twist on the ideas of Frank Capra’s Christmas film classic It’s A Wonderful Life, which shows that love given is love received later on, Mach instead says that his heart has been turned cold by the treatment of his family members and of himself, leaving him melancholy and selfish to defend himself from succumbing to the same social trouble. With these moving lines delivered over live saxophone played by Sam Gendel, it’s a great track. The final track, ‘Self Luh’ is a personal favourite for me this year, mostly because of the excellent sampling and Mach keeping his typically pointed lyrics and laid-back, almost lethargic delivery.

With an appearance from Mach’s most frequently featured artist, Tha God Fahim, Mach evidently isn’t moving into an entirely new direction, seeming to draw on his favourite elements from prior records and implementing them into Balens Cho to address his new fans after the success of Pray for Haiti, released earlier this year. Both are strong and concise listens, recommended to fans of underground hip-hop.

Balens Cho is self distributed by Mach-Hommy. Listen on SoundCloud below: