Read more
You are at:Home»Records»Albums»“You would never dare to waste a crisis”: A Review of Joshua Bassett’s Crisis/Secret/Set Me Free
By Rhianna Saglani on December 16, 2021 Albums, Records
100%
100
Necessarily Honest

Joshua Bassett tells his side of the 'drivers license' drama in these songs, and it's the brutal truth the world needed to hear.

2021 began with Olivia Rodrigo tearing up every single record, chart and expectation of the music industry, with her smash-hit debut drivers license supposedly about her rumoured ex Joshua Bassett. In Crisis/Secret/Set Me Free, Joshua Bassett finally explains his side of it all.

It was pretty impossible to avoid Olivia Rodrigo this year, and trust me – I tried. Wherever I went, someone would want to talk about her, play her music, and most of all: everyone was ready to give their tuppence on Rodrigo was singing about. 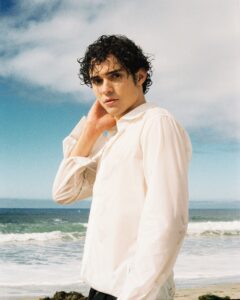 Even Saturday Night Live made comments on the not-so-secret subject of SOUR, made up of Joshua Bassett and Sabrina Carpenter, joking: “b*tch ex…is Joshua Bassett” and “Sabrina Carpenter is that b*st*rd…”.  This wasn’t the least of it all; Bassett and Carpenter were hurled insults day in, day out for months throughout the course of 2021. No matter what, it was always a losing game – fans even dubbed Carpenter’s single ‘Skin’ a direct attack on Rodrigo, when this was never the case.

So it is no doubt that Bassett had something to say, and he uses these three songs to do just that. The EP starts on the words “my label said to never waste a crisis”. Throughout the opening song he processes his feelings about it all – explaining how difficult it is to speak his truth but realising he can’t waste a crisis; as neither would Rodrigo, as she has proven by jumping on the drama to boost her career. The song is lyrically and melodically raw and highlights Bassett’s feelings about the way this crisis has taken over his life. It feels like Bassett reaching out to Rodrigo who (as he has confirmed) hasn’t spoken to him since her first song came out, in an attempt to explain that what she has done this year has hurt him more than their split.

‘Secret’ is an almost passive-aggressive message to Olivia (or whomever) that whatever secret she is holding is “safe with him”. The song alludes to Bassett being cheated on in his relationship and how he promises not to say a word to anyone – despite a lot of people already knowing. He explains in the bridge that it may one day come out when the ex’s “woe is me stops working” and it becomes harder for her to conceal her secret. It’s a genius way to explain that, no matter what, he’s not going to say anything; yet, what she has done is still both wrong and unforgivable. Production-wise, the song boasts a steady drum beat, and its minor key yet upbeat pace creates a much darker feel to the song, further adding to the tension of this “secret”. 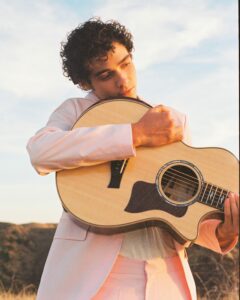 The EP ends on ‘Set Me Free’, the one song that Bassett openly says is not about the drama or a response to Olivia, while the meaning behind the first two were definitely an allusion to the drama, as he explained in his GQ interview soon after the song came out.

‘Set Me Free’ addresses the sexual abuse and assault Bassettwas subjected to as a child by “a much older man”. While some lyrics do seem addressed to the drama, the song as a whole is a letter to anyone who’s ever oppressed him, put him down or made him feel less than. He begs each and every person to “set him free” of the trauma and constant abuse he continues to face on the internet, as well as addressing his critical condition at the start of the year. Bassett was admitted to hospital in January due to a near-fatal septic shock and heart failure, and it is no doubt that the intense stress and anxiety the start of the year brought was a factor in his condition. The song has beautiful harmonies and boasts an uplifting production style, and is definitely the anthem for the oppressed and beaten down.

Overall, Joshua Bassett served the necessary truth, and his side of a multifaceted story and his side deserves to be listened to with an open mind and open ears.

Crisis/Secret/Set Me free is out now, via Warner Records. Watch the video for ‘Crisis’ below: