Keeping with the unintentional trend of using the Hidden Gems series to discuss underground hip-hop records, today’s record is the wonderful and truly unique Poorboy by the New York duo, Medslaus.

The duo, comprised of rapper Medhane and his now more recognised producing counterpart, Slauson Malone (also the producer for the equally underrated group Standing on the Corner, who gained some popularity with a feature credit on Earl Sweatshirt’s Some Rap Songs in 2018), begun their collaborative work with the great Greys In Yellow EP in 2015 and only released this record in 2017 before disbanding last year.

Whilst the EP showed potential for the pair, it was with Poorboy that they proved their talents both individually and as a duo, though it seemed to fall on deaf ears and lack the marketing to take the album into the mainstream, or even to critical acclaim as it remains a largely unknown favourite among those few who have discovered and listened to it. Slauson Malone’s production is unique in a way that no other currently-working producer is, including your Madlibs and Alchemists, as he tends to take samples from various rock and soul records and distort them to such intense degrees that the sounds become unrecognisable and sharp, never in a violent way but more in a way that stuns the listener for a second. 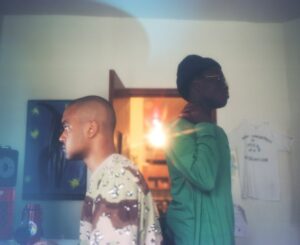 Lyrically, it certainly shows the influence of Kendrick Lamar, particularly in its shared themes with Lamar’s most acclaimed record To Pimp a Butterfly, of finding your place as a black American and trying to navigate the highs of being a rapper with the lows of the life that the two came from to get to where they are. Opening with ‘Cold 2’, which follows on directly from the Greys in Yellow EP by using the same pitch shifted sample of Medhane repeating “Still f*cked up”, the record starts with an intense verse from Medhane which sees him talk about the difficulty he is facing in finding his popularity growing but his past struggles only growing stronger. He discusses the illusions, paranoia and exhaustion of it all, failing to finish most of his lines on the second verse which mock the usual hip-hop lyrics that boast – “Drifting off of the course/Need a Benz and a Porsche”, he (almost) says.

Tracks 2 and 3, ‘Follies (P.M.W)’ and ‘Marie’ both see Medhane lean into pride, celebrating his success and talking about overcoming the ’simple stressing of living’, but all of this comes to an end with the album’s standout track ‘Above Me’, with a grim hook which says “N*ggas wishing I bleed, but I won’t/Hold my own, all alone/I’m not those/Other guys who can’t do nothing right” and discussing how, in spite of having money and success “Still I got this cloud above me”. He blames God, begging for forgiveness.

The other standout track comes near the end of the record with ‘8 24’. Over an extremely minimal beat, Medhane loosens the intensity of his delivery and almost just talks about his revised focus and goals in life. Maxo joins for a feature verse, talking about his struggles with drinking, his worries about racism and police brutality, and his struggles with self worth, but the track leaves an all important glimmer of hope that is held until the record ends, making it intensely cathartic as a full album.

For hip-hop fans looking for something different, with tribute tracks to the late MF DOOM, unique beats and a great, emotional concept, Poorboy is an often forgotten, frequently overlooked must listen.

Poorboy was self distributed. Listen, in full, on YouTube below: