Read more
You are at:Home»Records»Albums»‘Relevant and relatable nine years on’: A Review of Taylor Swift’s Red (Taylor’s Version)
By Charlie Burgess on November 24, 2021 Albums, Records
90%
90
On Repeat

This re-recording is everything I could have asked for and more.

The long-awaited ethically sourced recording of Red by Taylor Swift is finally here, and (in Taylor’s words) I might be okay, but I’m not fine at all.

For those who don’t know, as explained in this post, Swift is re-recording her old LP’s due to Scott Borchetta selling her masters to Scooter Braun without her permission – a man who has previously attempted to dismantle the singer’s career. To regain financial ownership of her own songs, Swift is releasing these albums under the title ‘Taylor’s Version’.

Red has been highly anticipated by all fans of Swift, not only for the re-records of the original songs, but also for the eight new songs ‘From the Vault’. These are songs that Swift wrote for the original album but were ultimately cut; relics of a secret history of the folklore of the singer that we are lucky enough, nine years later, to be invited into. As well as the new additions, the album features a 10-minute version of the track ‘All Too Well’ (and, released on Thursday, a ‘Sad Girl Autumn’ version of this track. Seriously, Taylor, you’re spoiling us). 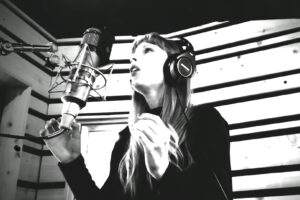 ‘All Too Well (10 Minute Version) (Taylor’s Version)’ is the best thing to come from this LP. The track features new lyrics and an all-new perspective to the song. It details Taylor’s relationship with actor Jake Gyllenhaal, and should be all the reason you need to become a Gyllenhaal-hater. All that needs to be said is contained within the lyric: ‘And I was never good at telling jokes, but the punchline goes/“I’ll get older while your lovers stay my age”’. It’s the perfect song to both cry to and scream-sing the lyrics and annoy all your housemates with. The track also features a beautiful balladic epilogue, a soulful and nostalgic way to end the LP.

The LP features other artists, including Phoebe Bridgers, Ed Sheeran, and Chris Stapleton. My personal favourite is Phoebe Bridgers’ contribution to the album, both singing backing vocals on ‘All Too Well (10 Minute Version)’ and featuring in ‘Nothing New (feat. Phoebe Bridgers) (From the Vault)’. Maybe this song is one of my favourites because my childhood favourite artist and my current favourite artist are singing a song about the pains of growing up (sob), or maybe it’s the nostalgic blending of country and indie, taking elements of Swift’s early work and combining it with elements of her recent LP’s folklore and evermore. 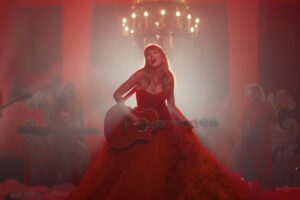 If you are new to the album, aren’t a fan of Swift, or perhaps a more recent fan, Red (Taylor’s Version) is well worth the listen. It’s the perfect combination of Swift’s more mellow country roots in songs such as ‘I Almost Do’ and ‘I Bet You Think About Me’, her move into upbeat pop with ‘We Are Never Ever Getting Back Together’ and ’22’, and finally her later shift into indie with her new versions of ‘All Too Well’ and ‘Ronan’. Her lyrical ability to capture the long term pain of a breakup is unmatched, the album remaining relevant and relatable (and an absolute bop) nine years on.

While looking for differences between ‘Taylor’s Versions’ of her tracks and the originals wouldn’t offer up much, it’s the new (and extended) tracks that make this album so special. Perhaps the knowledge that the singer has financial ownership over these songs, too, makes it all the more pleasant to listen to. By revisiting her past, Taylor has shown immense growth as an artist, standing up for her own music and taking ownership over her past pain and success.