Read more
You are at:Home»Records»Albums»Mixing the Accessible with the Experimental: A Review of Dean Blunt’s Black Metal 2
By Reece Beckett on November 1, 2021 Albums, Records
80%
80
Great

Dean Blunt's long-awaited follow up brings the best elements of his sound together.

Between his enigmatic character and his music which merges elements of hip-hop, IDM, alternative rock and pop, Dean Blunt seems to dodge and escape definition almost entirely.

First gaining more notoriety for his second album, Black is Beautiful, made in collaboration with Inga Copeland, before breaking through more into the spotlight of various internet forums with the first installment of Black Metal, Blunt is primarily recognised for fitting into that wonderful pocket of artists who prove very difficult to easily define.

Whilst the first Black Metal sounds less refined and certainly more chaotic with its more ambitious and experimental approach to Blunt’s style, its sequel is far more peaceful, as if the more experimental parts of Black Metal were considered endlessly and finely tuned to work perfectly for the new record. Gone are the wild violins, muffling filters and lo-fi sound; instead they are replaced by more simplistic, yet neater sounding, acoustics, spoken-word and backing vocals. The loss of the lo-fi microphone quality will likely divide audiences, as it does lose some of the indie charm by moving to a more expensive sound, but it adds a certain level of prestige to Black Metal 2 that makes it more accessible to those new to Blunt’s music. 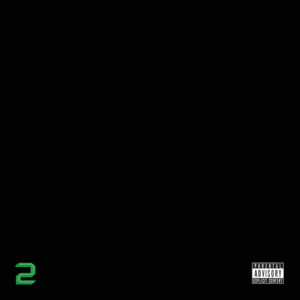 The album is shockingly short, running at only 24 minutes and ten tracks, but its short length compliments the laid back complexity of the music throughout. By bringing in the help of vocalist Joanne Robertson on various tracks – who is the perfect point of contrast for Blunt’s deep and powerful speaking voice – and work on strings from the immensely talented Mica Levi (most known for making the score for Jonathan Glazer’s film Under the Skin, one of the most memorable scores of recent memory and a great film in its own right), an album is created that leaves quite a lasting impression and packs plenty into its minimal running time.

Blunt’s lyrics seem to remain overlooked, as he brings the record together beautifully with his poetry on street life (most evidently on ‘Nil By Mouth’, possibly named after the grim social realist film of the same name) and allows his monotone delivery to bring full focus to both the lyrics and the intense contrast between his imposing voice, the gentle nature of Robertson’s vocals and the acoustics of the guitars. Tracks like ‘Mugu’, with its wonderfully tinny snare drums and beautiful mix of instruments, and the simplistic beauty of ‘Dash Snow’, which mostly sees Blunt repeat the affirmation that ‘It’ll be alright’ over unbelievably gorgeous guitar work with light reverb, have a tendency to really stick in the mind and give the album some well earned catharsis.

Black Metal 2 is a consistently brilliant record; one that mixes the accessible and experimental with shocking grace and apparent ease, proving Blunt’s talent as a musician and his ear for what works in his music.

Black Metal 2, distributed by Rough Trade, is now streaming on Spotify, Apple Music and others. Listen to track 2, ‘Mugu’, on YouTube below: