Read more
You are at:Home»Records»Albums»The Mark of a Wordsmith: A Review of Nas’ King’s Disease II
By Reece Beckett on August 18, 2021 Albums, Records
80%
80
Excellent

Nas delivers one of his best records to date.

Nas‘ rise to rap superstardom is easily one of the most inspiring stories in hip-hop. As a teen, Nas would do anything to try to get people to hear his music and even went so far as to start sticking tapes of his music all over New York City; attaching them to trees, benches, walls and street lamps in an attempt to spread his work to people who might be able to move his career forward. It seems that this approach was pretty successful, as very quickly Nas was found by Columbia Records who were willing to give him practically anything and anyone he wanted to make his first record, Illmatic – a name recognised and respected by any hip-hop fan as one of the best rap records in the genre’s brief history.

Illmatic was an album that instantly found Nas in hip-hop’s hall of fame. It was concise, intelligent, unique and features a ridiculously strong roster of producers who made some of the most memorable and iconic beats in rap existence. His second record, It Was Written, was also excellent as it maintained Nas’ focus on sharing positivity and knowledge of self through his lyrics. Though his career since then has been far from consistent, there are some clear highlights like Stillmatic, The Lost Tapes, God’s Son and the Kanye West produced NASIR from 2018 which, despite being a brief project, hinted that Nas was getting the hunger back that made his first two records as good as they were.

The first King’s Disease album, released only last year, saw him win the Grammy for Best Rap Album for the first time and was a pretty strong record. This new follow-up, King’s Disease II, is even better, although it doesn’t have the same spark to it to make it as much of a hip-hop masterpiece as some of Nas’ other records have been. 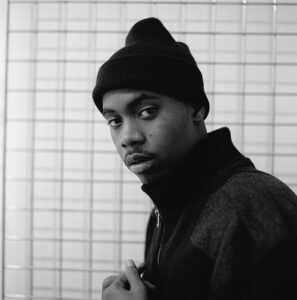 What’s most interesting about King’s Disease II is the selection of beats. Nas has always been mellow in comparison to the majority of his contemporaries, but this record takes that to a new level with many of the beats leaning more towards soul than hip-hop in their pace, and the choice of samples backs this up entirely (a clear example of these being the repeated sample on ‘Brunch on Sunday’, one of the better beats on the record).

Nas’ lyricism is strong too, though a little inconsistent throughout the album as some tracks so clearly outperform the others – such as the phenomenal track ‘Nobody’ featuring hip-hop legend Ms. Lauryn Hill with her best verse in quite some time, or the second verse on ‘Count Me In’ which sees Nas reflect on his career, his background and his past over a simple drum and sample beat.

Hit-Boy‘s feature on ‘Composure’ is also wonderful; a mellow and beautiful verse delivered over a gorgeous, triumphant jazz-rap beat reminiscent of the best independent hip-hop currently being released.

Nas continues to mark himself as one of the most unique wordsmiths in the genre, a humbled man who sees himself as something of a spiritual teacher to the young, with King’s Disease II being one of the best records he has made to date. It’s brilliant.

Nas’ King’s Disease II is now streaming via Mass Appeal Records. See the music video for the single ‘Rare’ below, even featuring still photography by the brilliant Khalik Allah: