A band who have always been at the very top of their game, the glory of LCD Soundsystem as a live act is captured in exquisite detail on Electric Lady Sessions.

There are three covers in LCD Soundsystem‘s Electric Lady Sessions – one of the Human League’s ‘Seconds’, another of Chic’s ‘I Need Your Love’, and one of Heaven 17’s ‘(We don’t need this) Fascist Groove Thang’. Interspersed amongst new and old material, they act as homages to the bands that influenced LCD Soundsystem’s sound, tiny pieces of actual music history scattered amongst LCD’s recollections and reinterpretations of said history. LCD Soundsystem covering these bands is similar to my dad introducing me to the Talking Heads or New Order – offering personal and inviting gateways into the discographies of the influential. Without LCD, would I ever have listened to Joy Division, Lower 48, the Association, Sun Ra, Scientists, Royal Trux, 10cc, Eric B. and Rakim, Index, Basic Channel, Soulsonic Force (“just hit me”!), Juan Atkins, David Axelrod, Electric Prunes, Gil! Scott! Heron!, The Slits, Faust, Mantronix, Pharaoh Sanders and the Fire Engines, Swans, Soft Cell or the Sonics, the Sonics, the Sonics, the Sonics? There’s a cross-sectional appeal to such covers, equally a nod to the ‘veterans of the disk shop inquisition’ as they are to the precocious/pretentious/hipster fans of the band that are desperately seeking an epiphanic ‘I was there’ moment.

Although consistently and inseparably intertwined with the past, in Electric Lady Sessions LCD present a staggering amount of new-ness for the band – eschewing anything from their debut and drawing the most material from their latest, American Dream. This material shines beautifully, with Electric Lady Sessions an assertion to naysayers and critics that the band remain the musical oddity-stroke-masterpiece that they’ve always been – ‘the bus full of substitute teachers back from their coffee break with new music and the same weird gear’.

As with 2010’s London Sessions, this record perfectly captures the details of ‘Live LCD’, and how that band is a fundamentally different experience to the recorded version of James Murphy’s studio work. Electric Lady Sessions captures the raw edges and jagged sounds of the band just as well as it captures the glittering disco reflections and innately danceable synthesisers they are so known for. In the live setting, the band sound larger, more fleshed out, more analogue and touchable than they do anywhere else – songs reaching wider and looming ever larger, more complete in vision, artistry and energy than the multi-tracked visions of Murphy, ever the studio-nerd. Each song has a couple of extra dimensions added to it – ‘Emotional Haircut’ sounds louder and more punishing, ‘Get Innocuous’ more cavernous and layered, and ‘Oh Baby’s decadent synthesisers sound even more titanic and sumptuous – changes that are only slight but enticing and rewarding when compared with their respective album versions. The fantastic three-song-run from ‘Tonite’ to ‘I Want Your Love’ rivals the ‘Tribulations’ / ’Movement’ / ’Yeah’ stretch of The Long Goodbye, the groove seamlessly slinking from track to track, and the push-pull mechanisms of tight synchronicity versus sprawling DIY chaos are never more apparent as they are on this version ‘You Wanted A Hit’. 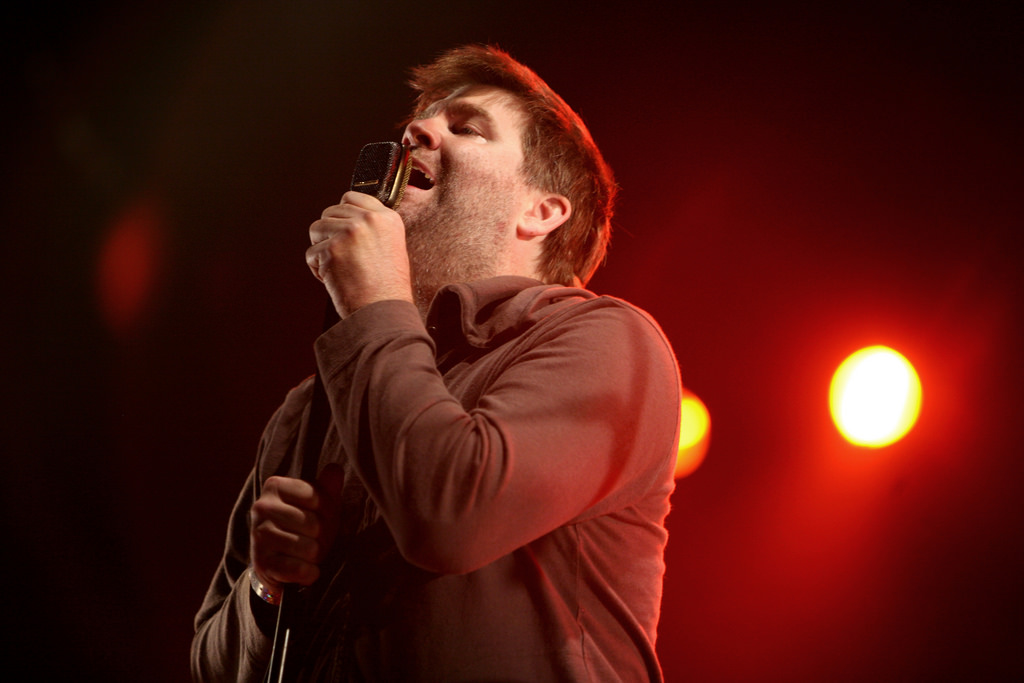 Appraising the aesthetic qualities of Electric Lady Sessions seems a somewhat necessary part of the reviewing process, but as much as I can praise Murphy’s impassioned vocals, Al Doyle’s scratched-out guitar and Tyler Pope’s sumptuous, thick-as-treacle bass, this album was always going to be phenomenal for me – because most LCD Soundsystem fans aren’t just ‘fans’, they’re fans. My words are close to pointless in assessing the actual quality of the band’s music and providing anything close to criticism because I’m one in a legion of wholly indoctrinated fans that can’t see Murphy and the gang putting a single foot wrong… ever. The tracks on Electric Lady Sessions are just live versions of existing songs, but those songs are so existentially important and emotionally resonant that they will always produce those same feelings time and time again, regardless of their time, place, studio, album, band lineup, reunion status or the number of quirks in the recording (mistakes, if you’re picky). The songs themselves, taken from American Dream, are an altered beast to the pre-reunion LCD – they almost don’t sit right with the listener – whilst the first three records were celebratory in the face of impermanence, American Dream is hopeless from finally facing real impermanence: the climactic final chapter of Murphy’s anxious, age-conscious ramblings.

The oddball 16-year-old who lived inside his iPod Classic, the pretentious teen that scribbled the lyrics to ‘All My Friends’ onto a whiteboard at a friend’s 18th,  the nervous young man starting University and the socially anxious sixth-former who would relentlessly irritate his art class with constant LCD Soundsystem during lessons, lunch breaks and after school hours will all never tire of this music, sparkling, silver and transcendent of time and place.

As the last notes of ‘All My Friends’ ring out over Victoria Park, a bittersweet tang is felt by each and every attendee of the gig they thought would never happen. The band they thought well and truly over had returned, as shining and reflective as the disco-ball that hovered over their stage. The lights go down, and the lived evaporates to memory – only to be unlocked once again through live recordings that only scratch the surface of that (quite possibly) once in a lifetime experience.