In the 21st Century, the music industry is pretty tumultuous. Sexism, abuse, cancel-culture, and media attention make the industry a rough sea to navigate. For musicians, not only do they have to overcome the aforementioned issues (particularly if you’re a woman or identify as LGBTQ+/Queer), but also have to balance audience expectations and perceptions.

For the lucky musicians who make it big, there comes a pressure to stay relevant and to adapt to the changing soundscape of music. However, it’s a Catch-22 because to change the sound that made you famous often has people crying: “I wish they went back to their old sound”. 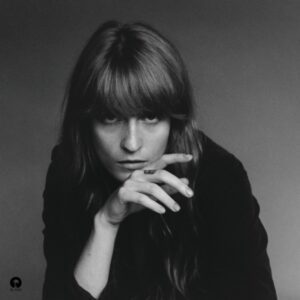 How Big, How Blue, How Beautiful was the first hint of how Florence’s sound was changing. Image via Island Records.

Recently, Florence + The Machine released two new singles: ‘King’ and ‘Heaven’, and both lean into a more alternative-folk/pop hybrid that’s very different from the remake that launched their career, ‘You’ve Got The Love’. Yet the gestation of Florence + The Machine’s changing sound has been charted over the course of their albums – and it’s not surprising their album acclaim and sales started to drop off when they began to change their sound. How Big, How Blue, How Beautiful was the first hint of how their sound was changing as the electronic pop of their first two albums began to favour more natural use of instruments with paired down production. A slower pace also dominated the album, pumping out a litany of ballads which demonstrated the group at their lyrical best, but which many people found lacking musically. The issue is the expectation that Florence + The Machine had built around themselves – people wanted bangers, not ballads. So when High as Hope released and gave us 8 ballads and only 2 semi-tempo thrashers, there was a fall from grace as the group were branded as producing something “safe”, with many people even branding the album as “bland” and “forgettable”.

It’s a similar fashion that has happened to Lorde with the release of Solar Power, an album that reviewed fairly well, but by the standards of Lorde’s music, falls rather short for fans. Again, we see a theme: a change of sound resulting in old fans rejecting new music. Solar Power is by no means a bad album, it just felt un-Lorde-like when it was released. ‘Mood Ring’ was the closest to the “old” Lorde sound that audiences have loved, but when the album was dominated by slow-burning ballads, summer walks and carefree vibes, it lost the visceral appeal of her previous music. Lorde made us want to scream about love and our ex, while Solar Power advocated summer walks and feeling free. 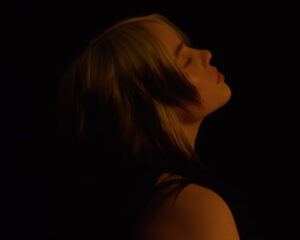 Billie Eilish in her short film ‘NOT MY RESPONSIBILITY’. Image via Youtube / Billie Eilish.

Then we have Billie Eilish, Lana Del Rey, or Alicia Keys (there seems to be a theme of the singers most affected being women here) that have all received a backlash since their change of sound. Lana Del Rey’s most critically-praised album is Norman Fucking Rockwell! and yet people still yearn for the Born to Die era of her music. When Billie Eilish got serious about women’s issues and femininity in Happier Than Ever, critics loved it, but a lot of fans found it rather dull and the album’s challenging themes found the singer in hot water on more than one occasion. Granted a love for it has quickly appeared because of the singer’s ability to stay relevant, but it wasn’t without some struggles. Even Alicia Keys, who has had another three albums since her last chart-topper Girl on Fire, has suffered from reverting back to a more RnB style after a successful transformation into pop with albums like As I Am and The Element of Freedom.

It’s not all bad news though; Eilish and Del Rey may not have had the same commercial success as their previous albums had, but they still have millions of doting fans waiting for that next release. In the case of Florence + the Machine, the change in sound has simply resulted in new fans, some that favour the “newer” sound over the “old”. ‘King’, the first track off the upcoming album, has been celebrated for its lyricism and exploration of feminity, and the old lingering worries of how their changing sound seem somewhat forgotten, even if old fans (like myself), absent-mindedly wish for “their old sound back.” Frankly though, it boils down to naivety, stubbornness, and resistance to change; one that has us wishing away genuinely great music just because it’s different from what we expect.

So if you find yourself wishing for someone’s “old sound back”, just pause for a moment and think. Is their new sound really as bad as you give it credit for? In an industry that demands change, sometimes we have to accept that we may have just outgrown our favourite artists, and while their new sound may not be for you, it no doubt has its fans somewhere.