Read more
You are at:Home»Records»Interviews»“Catering to people loses your authenticity”: An Interview with Thom from Alt-J
By Jacob Hando on January 31, 2022 Interviews, Records

For some, the lockdowns of the last two years have been exhaustive and emotionally draining. Amidst this, however, UK indie-rock band Alt-J have used this time to craft their latest album, The Dream. I sat down, worked out my dormant Zoom login details and chatted to the group’s drummer Thom Sonny Green about the album, the changing music industry, and his life at university.

For Green 2022 is so far treating him well. An enjoyable New Years in San Francisco has moved swiftly into a series of virtual interviews back in London, an experience that the self-identified introvert doesn’t seem fazed by, owing to the occasional “nervousness” of interviewers that can sometimes undermine his answers. The security and ease of staying in his house is something he seems very content with for now. 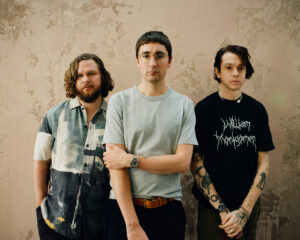 With the formalities out of the way we discuss The Dream’s darker themes and soundscape. The influence for it is based on a track-to-track basis rather than a complete whole, with Green highlighting a focus on using analogue equipment such as running things back through the amps to give it that “little bit more distortion and an organic sound to it” whilst bandmate Joe’s guitar has a “blues and Western style” this time round. There is experimentation here in spades, but Green notes the “balance” throughout The Dream which came from the extra time afforded to them by lockdowns.

The band were originally set to enter the studio in January 2020 for a six-month slot with the plan for an album release in 2021, but the impact of the coronavirus pandemic affected this. Green sees a lot “good elements” in the lockdowns as it gave the band more time to work on and refine their songs, as well as the opportunity to listen to heaps of music, watch films, and play many, many videogames. In particular, the albums Shade by Good Sad Happy Bad and Let England Shake by PJ Harvey were often repeated on Green’s sound system.

The impact of the pandemic is clear in such new songs as ‘Get Better’, whilst the tracks ‘Chicago’ and ‘Philadelphia’ act as love letters to their success in the United States – something that the band is always grateful for since touring as a supporting act for Group Love. Chicago is the “home for house music” which feels apt for the “slightly house-y” ‘Chicago’, another nod to the evolving sonic mix of the album. Green’s favourite track, ‘Philadelphia’, he sees as the logical explanation for the overwhelming number of Philadelphia Cheese adverts he now receives on his phone. 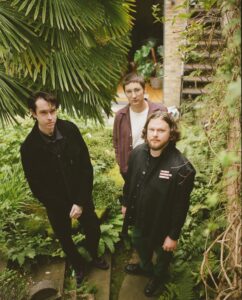 When thinking about Alt-J’s overseas success and whether there is a weight of expectation with each new album, Green remarks that whilst people expect a certain something, the band will “always do what we want to do. We don’t compromise our vision to please people as that is how you fail… catering to people loses your authenticity.” Perhaps the MCU should take notes.

Alt-J’s songs are often connected to the past with historical stories like ‘Taro’ whilst others are steeped in the present though pop-culture influenced songs such as ‘Matilda’. I asked Green if the band think about the future when it comes to song writing. In terms of sound and experimentation, the answer is a resolute “yes”, with Green often seeking out how others are making and producing music. Homemade synthesisers and sound devices from Etsy (“a cassette player that can slow down the tape to add distortions” for instance) are part of Green’s contribution to a unique and refreshing sound mix that he hopes will keep their future tracks fresh.

“We don’t compromise our vision to please people as that is how you fail… catering to people loses your authenticity.”

As the discussion moves to the music industry and the changes in the last year (the popularity of TikTok, the removal of Spotify’s shuffle button), Green seems melancholic towards modern industries, especially for film too. Observing the shorter attention spans of consumers, the homogenised entertainment, and the fact that everything is seemingly designed to be compatible with a phone, it seems that Alt-J want to challenge the commercial aspects of the industry and keep an unregulated identity.

Before the Zoom call cut itself off (once a blessing for family quizzes and now a hindrance to a great conversation), Green got a chance to reminisce about his time at Leeds University where he met his bandmates. With the bittersweet gift of hindsight, he states how he wishes he focused more on the educational side of his course and cut down on the social aspects. Still, if the latest album is anything to go by, there is still a magnificent career ahead of Alt-J, so maybe socialising was the right call.

The Dream is scheduled to be released on February 11th. You can listen to some of their new singles now: