Earl Sweatshirt has gradually made himself a kind of prince of modern experimental hip-hop.

First appearing as a teenager when he released EARL in 2010 and became involved in the influential hip-hop group Odd Future at sixteen, he showed the influence of MF DOOM in his shotgun-blast style rhymes with links to horror-core hip-hop with his graphic and extreme lyrics. This led to some personal issues, including being sent away to boarding school in Samoa. This, along with the passing of his grandmother, appeared to change Sweatshirt completely (or, at least, his approach to his music). 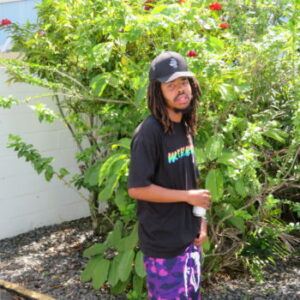 In 2013, Sweatshirt returned with Doris. This album acts as something of a transition point between the DOOM inspired early work and the more introspective and experimental rap he would later become more known for – ‘Whoa’ is extremely fun, fast paced pop rap, whilst ‘Chum’ is a bleak and brutally honest track talking about Earl’s past. Moving slowly away from Odd Future, Earl seemed to really find himself in his art in 2015 when he released I Don’t Like Shit, I Don’t Go Outside and, later, his Solace EP in the spring. Both of these projects were far more experimental and depressing than Earl’s previous work, taking the blueprint offered by ‘Chum’ and diving much deeper into the darker direction.

Some Rap Songs and Feet of Clay, released in 2018 and 2019, saw another transformation. The darkness and experimentation was still there, but Earl was now familiar and close with many members of the sLuMs hip-hop movement from New York and had experienced the death of his father, African poet Laureate Keorapetse Kgotsitsile. Sweatshirt’s music had become entirely abstract, flooded with poetic imagery and bizarre beats that were hard to place. The sound was murky. 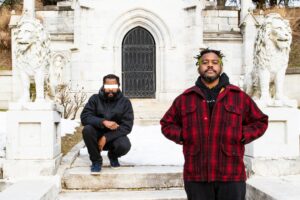 So far, the two singles to promote Sick! mark a move in a new direction. ‘2010’ is a fast paced single verse intensely delivered over a more traditional (but still undoubtedly abstract) beat, and the most recent single ‘Tabula Rasa’ is much in the style of The Alchemist and Armand Hammer‘s recent record Haram – Sweatshirt is sticking to his intensely lyrical and cryptic style, but he is expanding it further than ever before. With snippets floating around the internet recently being considered potential full tracks on this album, rumours are circulating that this album could see Sweatshirt approach Drill, the polar opposite of his usually murky and inaccessible style.

To see an established artist like Sweatshirt evidently prepare for such bold movements is always a joy. He has been an intensely emotional artist for the best part of the last decade, and it appears that in the last year or two he has started to make steps towards emotional recovery which are starting to show in his music, making the record even more cathartic to fans of his.

Set to release on the 14th of January 2022, his fans wait with baited breath for another eight tracks from the ever-cryptic rapper, whilst one of the album’s producers ‘The Alchemist’ prods them by saying that the upcoming album is merely a fraction of the great work that the two have made together recently. With a confirmed second feature from ZelooperZ, who collaborated with Sweatshirt on perhaps his most wholesome track to date, ‘Easter Sunday’, it’s set to be a beautiful and uplifting record from modern hip-hop’s most popular poet.

Sick! is set to release on 14 January 2022. Listen to the single ‘Tabula Rasa’, featuring Armand Hammer, on YouTube below: