2021 was by no means any less of a horrific year than 2020 was. Although it may have divided us in more ways than one, we can all agree that it has been a truly excellent year for music.

The vast challenges that have been thrown at us seem to have pushed musicians to new artistic limits, causing some brilliant albums to be produced that try to make sense of both the confusing and ever-changing world that we live in, as well as one’s own sense of self. From Lil Nas X’s declaration of equal pride and insecurity on MONTERO, to Little Simz’s cinematic ‘odyssey’ of identity on her conceptual album Sometimes I Might Be Introvert, to Bo Burnham’s anxieties about our modern world on Inside (The Songs), artists have proven more than ever this year what music means to us in the 21st century.

So, without further ado, here are our picks for the top albums of 2021. 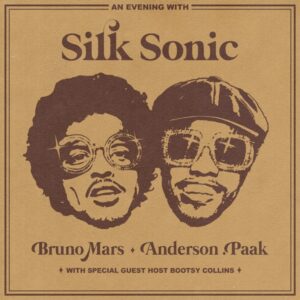 An Evening With Silk Sonic is the perfect album to kick off this 2021 best album list, with its entire existence only being made possible due to the empty calendars created by the pandemic. This is the first collaboration from Bruno Mars and Anderson .Paak, with the duo adopting a retro soul vibe for what is simply a treat for the ears from beginning to end. Special mention goes to the lead single from the album ‘Leave The Door Open’, and the super catchy ‘Skate’. Mars and .Paak compliment each other well, and the witty songwriting is brought to life by rich string and brass arrangements that make Silk Sonic feel like a vintage time capsule – and I love it! 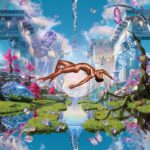 Despite those who may have thought that, after the success of ‘Old Town Road’, Lil Nas X would be a one-hit-wonder, this year he proved to the masses that he really is a superstar. His slick live performances on Saturday Night Live, as well as at various award shows such as the VMAs and BETs, showcased his creativity and talent; his excellently marketed and directed music videos broke the internet multiple times with their unashamed proclamation of identity; and finally, his debut album MONTERO displayed his ability as a hit songwriter.

MONTERO proves Nas’ true star quality. His ability to jump effortlessly between genres of hip-hop, rock and pop, maintain a core message throughout the record, and serve it all in catchy chart-topping tracks places him at the very front of modern-day music’s revolution – and it seems that listeners are all for it. 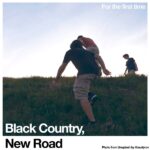 Black Country, New Road’s debut record is one of the most exciting of 2021, incorporating a mix of post-rock, post-punk and jazz, and arresting right from its ‘Instrumental’ opener. The band’s style is increasingly relevant in the UK; black midi even get a name-check on here and some of the spiralling brass is reminiscent of Squid’s squawky Bright Green Field.

The 6 tracks comprising For the first time are better when sonically busied rather than atmospheric, but the 40 minutes’ many climaxes are regardless great. Black Country’s greatest strength is their tremblingly spoken lyrics: the prose runs through enjoyably specific references (“the students at Bedales”, UE BOOM speakers, even Phoebe Bridgers) and inflated metaphors. The project as a whole threads a refreshingly well-realised line between post-irony and sincerity, epitomised by standout track ‘Sunglasses’. Nowhere else this year might you have heard “the absolute pinnacle of British engineering” as a lead-in to a coda, nor have it land as excitingly as it does. I can’t wait to see what’s next for the band — For the first time is incredibly promising. 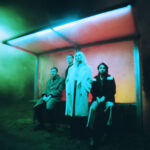 You would think that with the success of their previous albums – the first having been nomiated for a Mercury Prize, and the second having won it – Wolf Alice wouldn’t be able to get any better. But, with the release of Blue Weekend this year, it seems that they can.

While My Love Is Cool and Visions Of A Life displayed the band’s abilities to write catchy hit tracks like ‘Bros’ or ‘Don’t Delete The Kisses’, Blue Weekend showed a new, more mature, side to the group. Blue Weekend inhabits a certain kind of “stillness” which allows for a wide range of emotive moments; tracks like ‘How Can I Make It OK?’ or ‘Safe From Heartbreak (if you never fall in love)’ provide a stripped back, familiar sound, while others like ‘Smile’ or ‘Play The Greatest Hits’ guarantee a track full of grungy guitars and plenty of opportunities for moshing.

Blue Weekend attests to Wolf Alice’s consistency as a band; at a point in a music career where many artists might drop the bat in quality, Wolf Alice continue to make strong albums that stand the test of time. 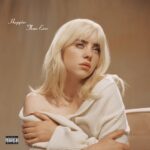 #6: Billie Eilish – Happier Than Ever

When Billie Eilish released Happier Than Ever, it wasn’t necessarily the record fans expected (or particularly wanted). While it quickly became critically praised for its mature themes, excellent production, lyrics and stunning vocals, it frankly lacked many elements that made Eilish’s debut so impactful. On the first listen, Happier Than Ever can seem rather lacklustre, but by spending time with it and paying attention to the meaning and storytelling, you quickly realise why this is actually one of 2021’s best albums. Happier Than Ever was by no means a step down for Eilish, but instead a maturing of sound that occasionally rears its weary head in a nod to the music that led up to this monumental record.

With songs like ‘NDA’, ‘Therefore I Am’, ‘I Didn’t Change My Number’ and ‘Billie Bossa Nova’, Eilish brought a signature witticism with suave musicality that comes closest to previous singles like ‘Bad Guy’, but altogether feel smarter and less generically “pop”. They lack the same beats, but have the same, albeit more subtle, tongue-in-cheek humour that made ‘Bad Guy’ so iconic. Then with singles like ‘Your Power’, ‘Getting Older’, and ‘Male Fantasy’, the soft, often sadder side of Eilish became embroidered with themes of gender, age, and sexism that her music had never touched so eloquently on before. In fact, every song on Happier Than Ever is pretty much subliminal once you stick with Eilish’s new vision, although, with a title track like ‘Happier Than Ever’, the album also showcased how Eilish is always here to subvert expectations. 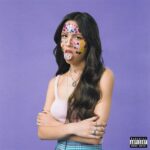 No roundup of the year would be complete without recognising the incredible achievements of Olivia Rodrigo. SOUR is an album that paves the way for pop’s newest revolutionary voice.

It’s shocking to hear such nuanced songwriting from such a young artist – at just 18 years old, Rodrigo manages to pen the tumultuous experience of a young breakup with equal levels of heart-breaking subtlety and teenage angst. Her breakout ballad single ‘drivers license’ showcased her power instantly, breaking the record for the most single-day streams for a non-holiday song, the biggest first week for a song on Spotify and Amazon Music, as well as making Rodrigo the youngest artist to debut at the top the Billboard Hot 100 Chart.

But SOUR proved Rodrigo to be more than just a pop ballad powerhouse; tracks like ‘good 4 u’ and ‘brutal’ bring elements of pop-punk to the record that douse it in lovable nostalgia, while others like ‘jealousy, jealousy’ question the effects of unrealistic standards and social media on young people, adding a welcome moment of social critique.

SOUR has not only introduced the world to its newest popstar – it has also corroborated the place of pop music in an ever-changing industry. 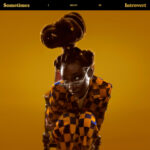 Having impressed and broken into the mainstream with her previous album, Grey Area (2019), Little Simz‘s second album Sometimes I Might Be Introvert saw the U.K. rapper solidify herself as the hip-hop artist to watch right now. Sprawling, ambitious, moving and epic, Sometimes I Might be Introvert is a hip-hop masterwork and is arguably the single best rap album released this year, leaving industry giants like Drake and Kanye West behind in terms of acclaim.

Not a single track is wasted, from the gorgeous and more mellow ‘Woman’ to the dazzling, fiery ‘I Love You, I Hate You’ and the raw, emotive closer ‘Miss Understood’. The interludes, as interludes tend to, can make replays that little bit less stirring, but Simz has made a hip-hop album for the ages here regardless – bursting with passion, incredible production, great lyrics and heart that all serve a unique sound that draws links between film-score style orchestras to lo-fi reggae and modern trap. It’s just a wonder to listen to, forever in flux and re-defining itself. 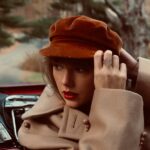 Nine years after its initial release, Taylor Swift re-recorded her album Red – and somehow made it more relevant than ever.

Continuing on her path to reclaiming her own music, Swift’s updated version of the record allowed for many new additions – including the masterpiece that is ‘All Too Well (10 Minute Version) (Taylor’s Version)’, which came with a heart-breaking short film starring Sadie Sink and Dylan O’Brien, and even managed to break the Guinness World Record for the longest song ever to reach number one on the Billboard Hot 100.

The record, and its commercial success, have many proclaiming that Swift is in the prime of her career – and who can disagree? Her ability to look back and improve upon her previous work (which, from the sounds of Red, no doubt includes bringing back some rather unwelcome memories) marks her as a terrifically brave and creative artist; one who is not afraid to investigate her past in order to reclaim – and rewrite – her future. 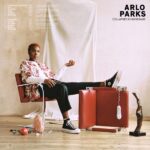 I love finding new music. There’s something so special about finding undiscovered talent, knowing you’re one of the first people to find a gemstone in the pile of assorted rocks that is the competitive music industry. Arlo Parks is one of the many artists I’ve discovered in such a way – I found her completely by accident, on a playlist by one of my favourite photographers. One of the gems in the playlist was ‘Black Dog’, which introduced me to her debut album, Collapsed In Sunbeams.

Collapsed In Sunbeams is a beautiful story of growing up, dealing with the thoughts in your head and the situations around you. It makes a real effort to shed light on the fact that mental health is more than being “nervous” and “sad” and “overthinking”; that it can, in fact, be a range of things.

This record is the letter I needed, and I know others need to hear, when going through a tough time. I’m definitely excited to see what Parks is going to do now, and is for sure why this album deserves to be so high up on this list. I honestly could not recommend this album enough and just the whole notion of Arlo being found completely by accident like this feels just as poetic as the album itself. If you haven’t heard it, it’s certainly worth your ear. 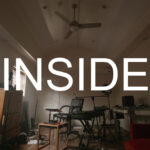 I was delighted to see that Bo Burnham’s Inside (The Songs) is The Edge’s number one album of 2021! I first watched Inside on Valentine’s Day this year and I loved it – it is the perfect balance of humour and reality about the situation we’re living in right now.

With thoughtful, clever songs about the unexpected realities we’ve faced since the pandemic began – from the state of the world, to facetiming with your mum (or other relatives). The songs are everything I wanted during this tricky time – they include humour about the situation, though-provoking ideas and catchy melodies that I find myself singing as I cook, clean and walk to the shops. I think this album deserved the top spot not only because it is clever and catchy, it is also one of few albums that actually addressed the experiences we’re all going through.

You can listen to a selection of tracks from our top albums of this year in the playlist below: