Read more
You are at:Home»Records»Features»Ben UFO’s Essential Mix and the Evolution of UK Dance
By Patrick Boyle on December 13, 2021 Features, Records

A recent instalment to BBC Radio 1’s long running essential mix series saw the return of one of UK dance music’s most innovative and sonically compelling DJs. Upheld in the dance scene as a cornerstone for interesting and genre pushing music, Ben UFO is a sonic master craftsman, proficient in subtle radio sets and in unleashing big room bangers on a club night. No genre is off-limits. Put simply, he is a DJ auteur who typifies the most forward thinking elements in dance culture. 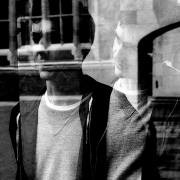 The road to his spellbinding essential mix began in the backrooms of big raves in Leeds in the mid-2000s, a microcosm of the wider sounds that emanated across the UK: with drum and bass and dub reggae in the main rooms, to dubstep in the back. In an interview with Red Bull Academy, Ben UFO emphasises the “hyper-specific” production of early dubstep, with sound systems designed explicitly to project those infamous low bass notes. The focus on strange dance rhythms and altering song structure is foundational to Ben UFO’s DNA as a DJ and label curator. Hessle Audio, Ben UFO’s imprint with Pangea and Pearson Sound, continues to feature the weirder sounds in UK dance music and develop the scene to a place more reflective and thoughtful for a head-nodding audience.

This ethos has been received with complete success, with Ben UFO and Hessle Audio cementing its place as a hallmark in the dance scene, rooting itself in the underground against the primitive bass drops of dubstep’s devolved and commercialised ‘brostep’ sound. That was never what the music was about. Associated acts like Joy Orbison, James Blake and Mount Kimbie, and labels like Hemlock and Hotflush helped build new sounds antithetical to the bass-drop-and-repeat formula of the main stages in the early 2010s. Simmering beneath on the internet space, new sounds were broadcast in new ways. The now world renowned Boiler Room got its start live streaming on dodgy webcams the party mixes of Ben UFO and company, expanding to large club nights and cementing the sound with it. 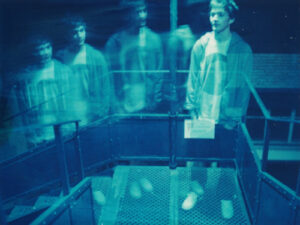 Here we arrive at the future classic essential mix. Ben UFO, a purveyor of all sounds in electronic music, seamlessly blends tech and house with new interpretations of garage and bass. It is a stellar two hours of the freshest sounds to date, with excellent DJing to tie together these versatile rhythms. Special praise has to be given for his support to new artists in this mix, with the underground gem ‘Se Rompen’, by new producer Waleed, making a justified appearance. Jilted kicks, broken vocals and a glamourous drive comprise this soulful tune – a true work of dance magic. (I had the pleasure of hearing Ben UFO drop it live at Four Tet’s Brixton gig in October. The crowd, naturally, loved it).

Waleed’s track is a small example of Ben UFO’s wider artistic vision. He is never settled in one sound, one groove, one idea, but always on the lookout for something different, old and new, to be unleashed in a variety of contexts. It is in his history, and it is in his future: a restless passion for the music. We thank him for sharing it with us.

For those interested in hearing a showcase of the latest sounds in UK tech, house and bass, skilfully blended over two hours, then Ben UFO’s essential mix is a must listen. On a personal note, I look forward to seeing what Ben UFO has instore at the FOLD for his extended set in November later this year.

Ben UFO’s Essential Mix is available to listen to via BBC Radio 1. You can find it here.