Read more
You are at:Home»Records»Features»Influencers Making Music, Stay in Your Lane
By Martha Luke on October 2, 2021 Features, Records

The rise of social media has brought with it many things: communication, content and controversy – but it hasn’t stopped there.

The world of influencers has taken a fast hold on the music industry, to a controversial effect. The popularity of TikTok has been an unstoppable influence on the industry, not only as songs sampled on the app appear on the radio but also the beginnings of music “careers” by several popular creators – who’ve had varying levels of success. By some miracle, both Dixie D’Amelio (53.5m followers) and Bella Poarch (78.4m) have spent up to 10 weeks in the UK chart! This goes to show the power of the app and its addictive, catchy video shorts. 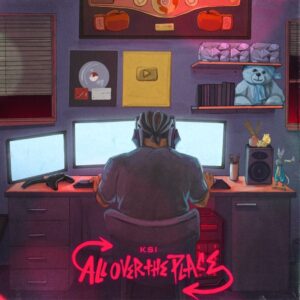 Though TikTok’s influence is undeniable, it seems to be YouTube creators who are making a larger and more resonant dent in the music industry. ‘Holiday’ by KSI, YouTuber turned boxer turned musician, peaked at number 2 in the charts, as well as his album All Over The Place reaching number 1. This may be to do with his more widely held fame in the UK, but I argue that it is his effort and commitment to music that has helped him garner success. He has worked on his music since 2015, signing to several labels and releasing much musical work, showing his genuine passion for music. Whereas individuals such as Dixie D’Amelio seem to have taken a chance upon music in a somewhat gimmicky way, KSI has taken to music with true dedication.

Troye Sivan is another YouTube music success story, spending 22 weeks in the top 40 (total) and peaking in position as a featured artist on Lauv’s ‘I’m so Tired’ (No. 8) and Charli XCX’s 1999 (No. 13). Sivan has a very large, cohesive and committed body of work, and most would recognise him as a musician before realising his YouTube beginnings. It is undeniable that some people who come through influencer channels find great success. But nevertheless, the question remains – should influencers be making music? 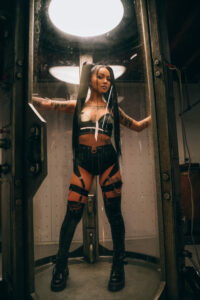 Their music is certainly popular; people clearly enjoy it! Influencers are saturating the market and in cases such as KSI’s they are overtaking many musicians. But is this necessarily negative? At the core of it, influencers are doing some amazing marketing: marketing themselves, gaining a following, promoting their music to their followers and beyond, and voila! Musical success. Music, especially in the charts, has always been about what people enjoy listening to, not about fairness. The success of such influencers certainly does not discredit musicians who work hard on their music for a long time – influencers are just marketed better. They’re almost unavoidable! Musicians, on the other hand, often struggle to receive good promotion, financial support and do not benefit from a pre-established following.

“Although, music, especially in the charts, has always been about what people enjoy listening to, not about fairness.”

In cases such as D’Amelio’s, I would argue that of course there is nothing wrong with spending your money on something you enjoy, but such individuals should remember they are not entitled to earn money or success from it (especially when they sound like Dixie). Perhaps influencers making music just need to stay in their lane. Enjoy it, sure, but unless (like Sivan) they are willing to genuinely grind to make a career out of music, influencers should not be replacing our musicians. In spaces such as festivals, due to their lack of experience, industry and technical knowledge and showmanship, influencers would be occupying music space that they really do not need to be in. They already have their online platform; this is not their craft.

Music is about expressive individuality, not fame and recognition. Your average listener couldn’t care less if you’ve got 78 million TikTok followers – they like your music or they don’t. It is not a personality contest. So, to influencers making music, I say: please mind the gap between the musical success train and your platform. You are not entitled to cross it just because you’re famous.

Want to make your own opinion on whether or not influencers should be making music? Listen to our playlist here:

A philosophy (and English) student who tries so hard not to buy more books before she's already read the ones she owns... Live Editor 21-22