I’ve said it before and I’ll say it again: the Thursday evening scramble to compile this column is one of my favourite parts of the week. However, it can get quite difficult to keep track of things whilst out, about, and generally being busy. Take last night for example: whilst enjoying the parade of campaign shenanigans that was karaoke in The Stag’s last night, I realised that midnight had passed and I needed to go a bit crazy in scrolling through playlists to find all things new. “Don’t tell me you’re going to do it now,” said one Edge contributor. Naturally, I then waved one particular source of magic in their face and started actually jumping up and down at the concept of one of the releases that is featured here today. If you’d like to get ahead of this weekly scramble and see yourself or your artists here, send something fun to records@theedgesusu.co.uk. Music is great.

Today’s is the eighth This Week In Records since Ed Sheeran arrived for a new album cycle with quite a bit of a splash, and today will also happen to be the eighth with ‘Shape Of You‘ sitting at the top of the UK charts. Considering the mid-February release of ‘How Would You Feel (Paean)‘ could slot in right behind it despite not actually being a single, it’d be preposterous to expect much other than Sheeran in the top 20 by this time next week. My pick for the next spot of world domination? ‘Dive,’ which sounds instrumentally like a long-lost soul song and comes nestled at track three right between the brace of lead singles. 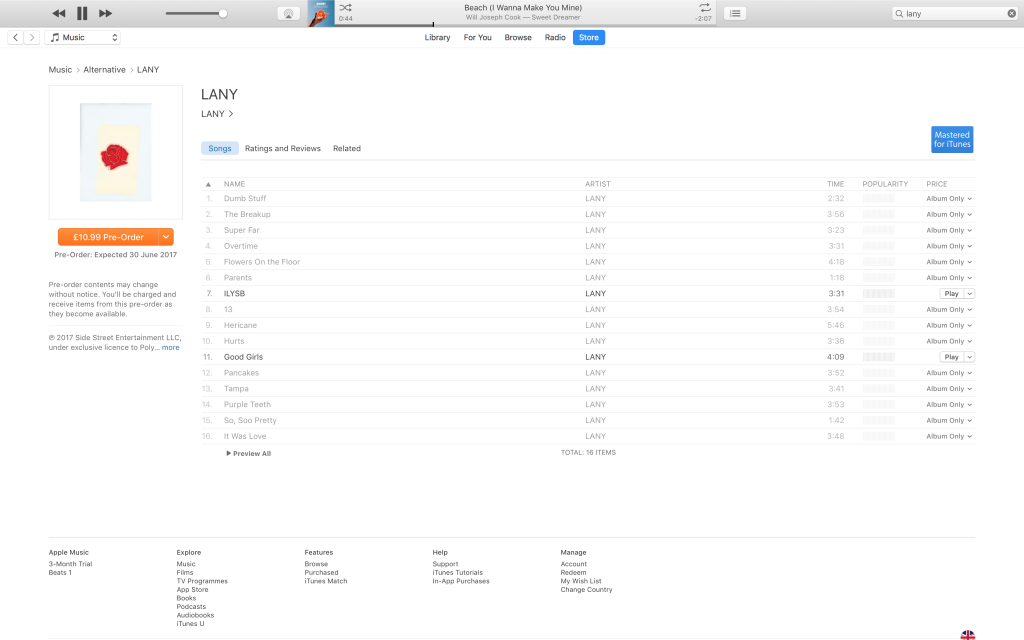 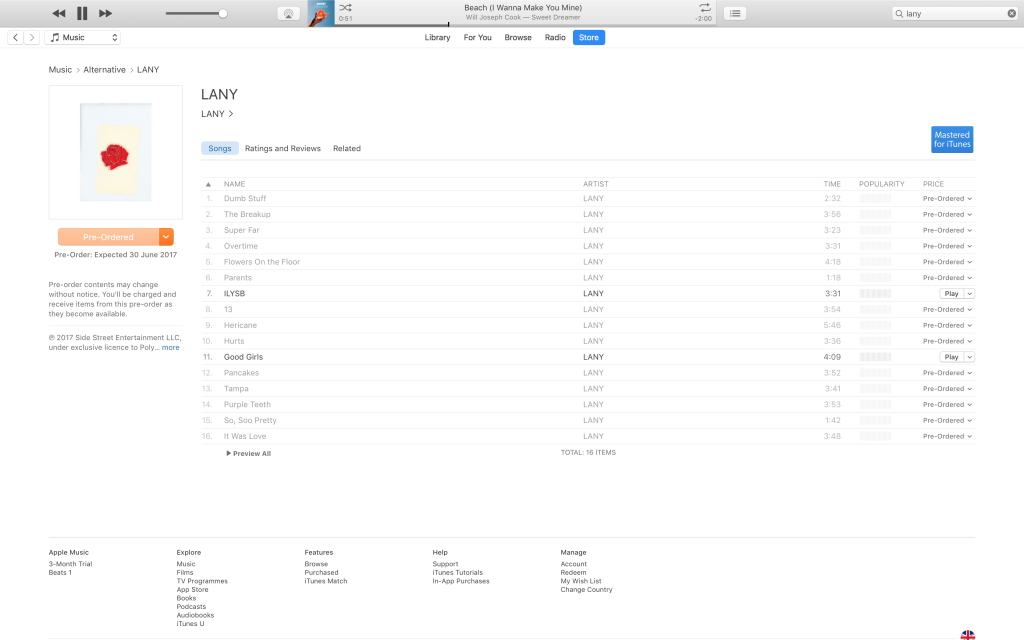 LANY is a thing I am greatly looking forward to, and ‘Good Girls’ is a verbose, insatiably insane example of why. For more, check out my words on the band’s last London show before I likely reiterate the same sentiments after Wednesday night at KOKO.

Think back a few weeks and you may remember a Digital Farm Animals track called ‘Digital Love‘ which nabbed the concepts of swiping and tapping – as often used by the youth today to display affections – for one of the most irritating starts to a musical month there has ever been. Khalid, on the other hand, stays grounded and subtle in his millennially-focused love songs. Emerging last year from Texas with the blissful ‘Location,’ you’ll find a scattering of mentions of subtweets, Uber rides, and phone…things all brought together with a divine R&B vocal across charismatic, bubbly beats.

Last time Sälen put out a track, Alex Smith and I screamed excitedly at each other over Facebook Messenger before sitting in a pub and collaboratively reviewing ‘Heartbreak Diet.’ Because the trio is the gift that keeps on giving, barely a day after dropping its bloody video there’s another new song on the internet, including the line “loose lips suck dicks.” A lot.

Here’s an unedited copy of our brief conversation on ‘Pretty, Fake.’

Xavier: NEW SÄLEN SONG ON SPOTIFY AND THE INTERNET

X: there’s no way this is ever going on radio I LOVE IT

A: I actually love this

A: They do have to chuck out an album soon!

X: these are good words

X: please may i use them in This Week In Records in lieu of writing things myself because it’s 2:48?

deadmau5 – stuff i used to do

Here’s a complete list of titles of proper deadmau5 albums.

It’s quite easy to pinpoint the second he stopped actually caring, however his release strategies are quite enjoyable:

here have a link that works. https://t.co/5ACwjPzC2c