Read more
You are at:Home»Records»Artist in focus: Jess Glynne
By James Barker on June 17, 2016 Records

With vibrancy, positivity, and eccentricity, Jess Glynne is a goddess in the current music industry. I’ve been told many a time I’m slightly obsessed, and to those people, I have but one thing to say – damn right, I am.

Let me give you some impressive facts about Jessica Hannah Glynne. The 26-year-old, born and raised in London, is the daughter of a music talent scout and an estate agent. Since emerging into music industry in 2014, she has had five number one singles, making her only the second British female singer (after Cheryl Cole) ever to achieve this feat. In just two and a half years. 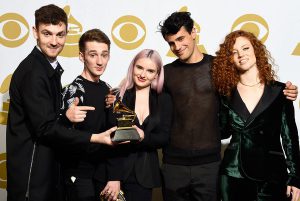 Where some acts are slow burners, Glynne’s debut to the world of music was an absolute explosion. Featuring on Clean Bandit’s ‘Rather Be,’ her earthy London vocals blend perfectly with their electronic/classical style, making for a breathtaking song. The world was in an agreement when it came to their love of ‘Rather Be,’ which went on to hit the number one spot in a phenomenal 13 countries. Furthermore, it’s only the seventh record in history to hit triple platinum certification (in the UK?), it was the second highest selling single of the year worldwide (beaten only by Pharrell Williams’ monstrosity ‘Happy’), and sold over 1.13 million copies. Quite a debut, you can’t deny.

Later in 2014, Glynne featured on ‘My Love,’ house producer Route 94’s debut single. Another absolute banger, ‘My Love’ blends Glynne’s soulful tones with deep house vibes that are reminiscent of 90s Eurodance. It was another commercial success, dethroning ‘Rather Be’ from the top of the charts after it spent four weeks holding the crown. ‘Right Here,’ her first solo single, was released later in the year and stood somewhat at a middle ground between the vibrant electronic sounds of ‘Rather Be’ and the deep house of ‘My Love,’ making it the perfect choice for her solo debut. Production was handled by garage duo Gorgon City, who have since risen to their own success, again displaying Glynne’s excellent choices of collaborators. 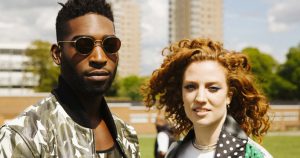 Glynne’s second collaboration with Clean Bandit, ‘Real Love,’ also hit number one in November 2014, but it was ‘Hold My Hand,’ her next solo single, which is truly memorable as a triumph for Jess. It held the number one spot for three weeks in March 2015, and truly propelled her success as a solo artist, away from her many features. Regardless, she then went and joined Tinie Tempah for ‘Not Letting Go,’ the song of the summer and a gloriously upbeat tune that makes you smile from ear to ear.

The end of the summer brought with it Glynne’s debut album, I Cry When I Laugh. Now, this received more mediocre reviews from the critics, who pose a few flaws that I can’t disagree with. Several dry ballads ruin her upbeat, sunny vibe, notably the extremely dry and directionless ‘Saddest Vanilla,’ featuring Emeli Sandé. (Seriously, where does she find them?)

Despite this, the album overall shows off Glynne’s talent and versatility as a singer, and introduces us to some of her other great tracks, particularly ‘Ain’t Got Far To Go’ and 2015’s official Children In Need track ‘Take Me Home.’ Most memorably of all, the album contained my personal favourite of hers, ‘Don’t Be So Hard on Yourself.’ This was not only critically acclaimed for more breathtaking vocals, but for its lyrical content – a positive, upbeat message which, as you would expect, urges you “Don’t be so hard on yourself, no! / Learn to forgive, learn to let go!” 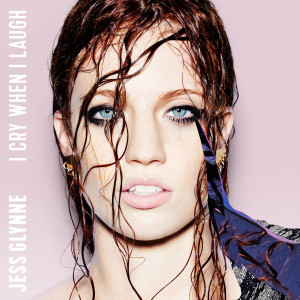 I feel like, as I am self-proclaimedly Glynne’s biggest fan, I should give you a hidden gem to listen to. Taken from the backend of I Cry When I Laugh, ‘No Rights No Wrongs’ is yet to be released as a single but is still a fun-filled 4 minutes. Its upbeat disco riffs and crunchy piano chords make it quite typical of a Glynne track, though the highlight of the song is the bridge where it is shrunk back minimally to her vocals alone – “Talk to strangers, and take wrong turns / Dance with devils, and taste the burn.” It’s good old typical Jess Glynne.

Of course, I’ve spun you a lot of facts in this article, but at the end of the day chart successes and awards can only count for so much. Cutting away all the commercial faff, my love for Jess Glynne and her music comes from her stunning voice, which is unlike any other I’ve heard before. It’s rough around the edges, as she does not attempt to hide the influence her London accent has on her vocals, giving them a gruff earthiness. There is no denying the power behind every note she strikes, but there is a subtlety within that power, which reflects the emotion and vulnerability of the human experience. She will neither shower you with overly bold and brash noise nor bore you by being too quietly delicate. She toes the line with perfection.

Away from her music, Glynne is a role model for the upcoming generation, in that she refuses to confine herself to categories of sexual orientation, telling the Daily Star, “I’m never going to put a label on my sexuality and people should never feel uncomfortable about who they love.”

Most people are obsessed with artists of the past. Sure, I can see the appeal of loving the likes of Pink Floyd, David Bowie, and The Beatles. They’ve all created spectacular music which still provides pleasure to fans today. However, I’d argue it’s far more exciting to love a current artist. Jess Glynne, having only released one studio album, is still not at her prime and it just makes her and her music all the more exciting. With a big UK tour lined up for the winter including a show at London’s O2 Arena, she has a rich career ahead of her.

PS: As an extra titbit, did you know there’s a song with both Jess Glynne and Nile Rodgers out there? From the soundtrack of HBO TV show Vinyl, ‘Kill The Lights’ also features fellow soul talent and Clean Bandit collaborator Alex Newell. It’s pretty groovy too. Give Audien’s remix of it a listen below.