In recent years, the ‘VanLife’ movement has steadily garnered a mainstream following. The idea of converting old vans into liveable moving homes allowing people the freedom to live life on the road and travel is understandably appealing. Yet, as this lifestyle grows in popularity, so does its following on social media (most notably YouTube). So, let’s introduce The Vanbitious Project which follows two former University of Southampton Students on their journey of living the ‘VanLife’.

Set up by Harrison Cook and Nicky Horsley, The Vanbitious Project has followed their journey through converting an old 2008 (ex) Ford Transit Minibus into a liveable space that will follow them on their journey as they trek across Europe. Purchasing and converting the van for less than £9,000, The Vanbitious Project duo filmed the van’s journey and conversion into the luxurious space it exists in today. 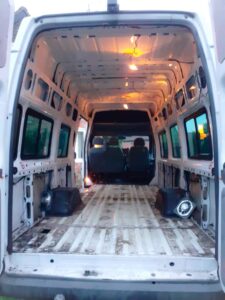 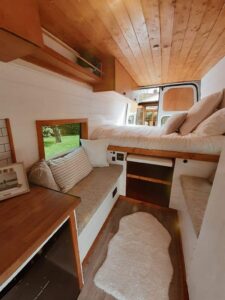 Since The Vanbitious Project launched its YouTube channel 6 months ago they have amassed almost 2,000 subscribers, as well as achieving 1,000 followers on Instagram (and those numbers don’t seem to be slowing down). With plans to release a weekly vlog as they journey across Europe, The Vanbitious Project hopes to prove what makes them a unique duo to follow. As some of the youngest VanLifers out there who gave up job offers after University to pursue their own dreams, their hope is to “inspire […] students to follow their inner dreams” as they did.

If you want to find out more about VanLife or watch the very satisfying videos of a van conversion, then subscribe to The Vanbitious Project by clicking here. Or, view their Instagram here.

Check out the first episode of The Vanbitious Project below: