In celebration of International Woman’s Day that took place on March 8th, some of our Editors got together to talk about and celebrate the achievements of some of our favourite women in entertainment. From filmmakers and actors to musicians, check out the list below: 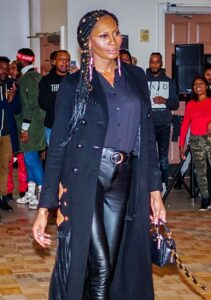 Dominque Jackson is better known as Elektra Abundance, from her standout role in the hit TV show Pose. I was first introduced to Jackson through Pose, her character was known as a ‘villain’ however, for me, she became my favourite character of the show. She plays a strong, independent, and fierce woman who is the star of the ballroom scene, which is very similar to her very own story. Though Jackson was raised in Trinidad and Tobago, when she was young she moved to America and truly found herself in New York’s ballroom scene, and as stated by Jackson “the ballroom scene is what saved my life, the ballroom scene is where I was raised, the ballroom scene taught me a lot of my values”. The reason Jackson is my pick for women’s day is that she is unapologetically herself, she uses her newfound fame to give back to the community she came from and is truly an aspiration to the LGBTQIA+ community. 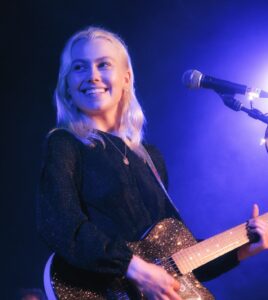 Phoebe Bridgers has quickly become one of the most notable musicians in indie music. Thanks to four Grammy nominations for the beloved Punisher and a wicked guitar-smashing performance on SNL last month, the ‘Motion Sickness’ singer, once an open secret, is firmly (and deservedly) in the mainstream. Bridgers’ catalogue can be challenging in its thick melancholy, but her knack for gut-punch lyrics rarely ceases to amaze. If you’ve been living under a rock and haven’t listened to either of her solo albums then you’d better get on it; she’s a songwriting force to be reckoned with and is likely a genre mainstay. You may need a friend to hug afterwards — first listening to Stranger in the Alps alone on a train was not my best move — but this shouldn’t put you off. When celebrating women in entertainment, Phoebe shouldn’t be missed. 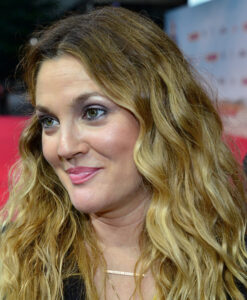 My favourite woman in entertainment will always be Drew Barrymore. When I first saw her appearances in movies, I was instantly drawn to her warm and sunny personality, as well as her fabulous acting technique. Her portfolio is full of rom-com classic like 50 First Dates and He’s Just Not That Into You where she plays such enticing characters, not to mention being one of Charlie’s Angels, making Drew Barrymore a badass feminist ninja too.

But it’s not just her filmography that makes her such a respectable woman. Recently, she took a step back from Hollywood to raise her children, claiming that she didn’t want to be the kind of mother who has to ring the nanny to check if they’re alright. This doesn’t mean that she fully forgot who she was either – instead, she starred in the TV series Santa Clarita Diet (which is hilarious) and wrote a book. Despite starting out in the spotlight at an extortionately young age, Drew Barrymore continues to be inspiring through all aspects of her life, remaining in control and in charge of what she wants. 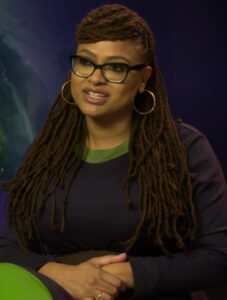 In the world of film, Ava DuVernay is the name on everyone’s lips… and rightly so. Having been the first black woman to be nominated for both a Golden Globe for Best Director and Academy Award for Best Picture for her captivating film Selma (2014), she’s making serious moves in the cinema sphere. Not only is DuVernay an incredible filmmaker, her work proves the importance of telling untold stories – with her documentary feature 13th (2016) exploring intersectional injustices in a blunt but important way. DuVernay has been honoured in many forms, such as in TIME magazine’s 100 most influential people of 2017 as well as being recognised for her talent and influence in film and even veganism. Since 2020, DuVernay has been one of the few African American women on the Academy’s board of governors, and perhaps with this infiltration, the Oscars can move away from their unrepresentative awards through the help of influential women upon their board. 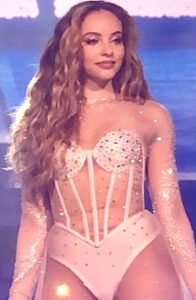 Jade Thirlwall is a legend, inspiration, and an all-round gem. A member of Little Mix since their formation in 2011, Thirlwall is partly responsible for anthems such as ‘Sweet Melody’ and ‘No Time For Tears’, and for those reasons alone she deserves celebration this International Women’s Day. Outside of music, Thirlwall made an unforgettable appearance on RuPaul’s Drag Race UK, in which she got to judge and witness the first-ever performance of the Frock Destroyers ‘Break Up (Bye Bye)’. She’s also set to appear on The Great Stand Up to Cancer Bake-Off in a few weeks time, which is sure to be another heartwarming and hilarious appearance. Entertainment aside, Thirlwall is a champion of social justice, winning the Equality Award for her work towards racial equality in the UK at the Ethnicity Awards 2020. Thirlwall is a musical icon, a hilarious reality tv guest, a role model, and most importantly owns her very own cocktail bar, the Red Door in South Shields, Newcastle, which she opened because she wanted to give back to local business in her hometown. For these reasons, everyone should look up to Jade Thirlwall for inspiration for this International Women’s Day! 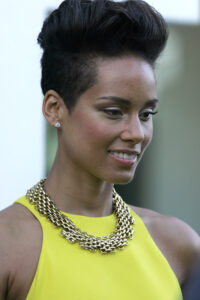 Anyone who knows me knows I idolise Alicia Keys. With seven albums, 15 Grammys and one of the genuine queens of R&B, her 25 years on the music scene has been truly spectacular. Offering us hits like ‘Empire State of Mind’, ‘No One’, ‘If I Ain’t Got You’, ‘Girl on Fire’ and, most recently, ‘Perfect Way To Die’; Keys’ fierce presence within the industry has always left me excited for what she has in store for us next. She’s someone who has always been about defying expectations and challenging preconceptions, firmly vocal on the BLM movements across the USA last year, as well as believing in music as a way to elevate black voices in the world. Keys has used her platform as a singer, musician and producer as a way to bring about meaningful change within the industry, all the time being slick, smooth-talking, genuine and funny in every public outing. There’s just something charismatic about Alicia Keys, someone who’s stood in solidarity with all women across the world, with African-Americans like herself, and even been an ally to the LGBTQIA+ community. I honestly think that Alicia Keys’ relevance in today’s world should be uncontested as not just a great musician, but as one of the greatest women in entertainment currently working.