As we rear into a new season and the Covid-19 pandemic begins to worsen once again, we begin to see an irreversible effect on the music industry, as well as entertainment giants like Marvel pushing back more blockbuster releases. However, as a console generation rears to its final closing moments, Microsoft delivers one last failing swoop to entice gamers to its newest upcoming consoles. Check out this week in news:

A Third of British Musicians Set to Quit the Music Industry

In a survey run by the Musicians’ Union, there are reports that more than a third of musicians are set to leave the music industry after the hit that the coronavirus pandemic has caused.

In a survey consisting of 2,000 participants, the Musicians’ Union reported that a staggering 34% of those “are considering abandoning the industry completely” after the recent hits that have been caused throughout 2020. The survey also revealed other statistics such as almost half of its participants have picked up work outside of the industry to keep on top of their finances, while more than 70% have found themselves struggling to do even a quarter of the work they had been completing before the pandemic hit.

However, these statistics also reveal the shocking truth that the musicians trying to break out in the industry will only face even more hardships as of October, when the furlough scheme is brought to a finish (87% of participants had opted into the scheme when it was announced earlier this year).

All these facts and figures reveal a startling blow to the industry as a whole with unknown or emerging artists finding themselves stripped of spaces to perform or platforms to reach people as lockdown rules tighten and an impending financial crisis approaches. While the DCMS and Treasury had announced a cash injection to keep the sector afloat, its inaccessibility and confusing state may be the industries killing blow.

Find out more about the impact the music industry faces during the pandemic by clicking here.

Marvel and Disney Pushes Back Release Date of Upcoming Movies

In another similarly hard-hit industry, cinema-giant Marvel (and parent company Disney) have sadly postponed many of their 2020 releases until 2021, most notably the highly anticipated Black Widow which was set to debut on Novemeber 6th. Joining the announced films that have been pushed back was Kenneth Branagh’s Death on the Nile (a sequel to Murder on the Orient Express which was adapted from the Agatha Christie novel of the same name) and the Stephen Spielberg remake of the classic West Side Story.

While it comes as a hard blow to cinemas, the news can hardly be surprising. As social distancing guidelines tighten and cinemas remain in struggling to attract audiences to the big screen, many film companies are pushing back releases in order to stand a better chance at recuperating production costs of films. No doubt, one incentive to push back releases comes after Christopher Nolan‘s Tenet struggles to break even despite reviewing fairly well, as well as Disney’s poor streaming sales of the Mulan remake which is expected to also suffer losses. In fact, very few films have reported profits during the pandemic, making releases during the current situation an unviable alternative.

However, in positive news, streaming services like Netflix, Disney+, HBO Max, and Amazon Prime are all reporting increases in profits as they continue to churn out original content while relatively sheltered from the fallout of the industry. While content is expected to begin to slow down in the coming months, a push from the filming of new shows and movies to resume should hopefully help lessen the incoming impact.

Watch the trailer for Black Window below, which is now set to release on May 7th, 2021:

In some unexpected news, Microsoft has acquired company ZeniMax Media which is the parent company of Bethesda Softworks for a staggering $7.5 billion. The news came in just under 24 hours before the pre-orders for Xbox Series X and Series S went live, marking another sizeable acquisition to the Xbox Game Studios family.

ZeniMax Media’s acquisition, the parent company of not only Bethesda Softworks but also Bethesda Game Studios, id Software, ZeniMax Online Studios, Arkane, MachineGames, Tango Gameworks, Alpha Dog, and Roundhouse Studios; means Microsoft will have access to all these studios and the games they are currently working on. Some of the franchises associated with these developers include Doom, The Elder Scrolls, Fallout, Wolfenstein and many more.

The news certainly spices up the incoming console generation as well as the acquisition will allow Microsoft to either keep upcoming games from any of the studios as exclusives or allow them to place the games on their already impressive library of games via. Games Pass. In fact, one game is already making its way to Game Pass in the coming days as Microsoft confirms that Doom Eternal will hit the service on October 1st.

While many fans have hit out in worry that major franchises like The Elder Scrolls and Fallout may become Xbox exclusives, Microsoft has quickly announced that all games and their platform of releases will take place on a case-by-case review. Whereas this remains ambiguous at part (mostly due to the timed exclusivity of Arkane’s upcoming Deathloop to Sony), experts in the industry seem unsure what strategy Microsoft will adopt as they push forward to fully acquire ZeniMax by late 2021.

Although, what can be said for certain is that this year’s release of upcoming consoles will be the biggest console release in many years. 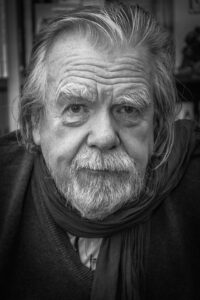 Michael Edward Lonsdale-Crouch was a British-French actor with over 180 acting credits to his name. Best known for playing the notorious James Bond villain Hugo Drax in Moonraker and is also known for playing detective Claude Lebel in The Day of the Jackal. Lonsdale’s career began in 1955, where it continued until 2016 when he decided to retire.

No cause of death is reported for Lonsdale, except for the fact he died in his home city of Paris. 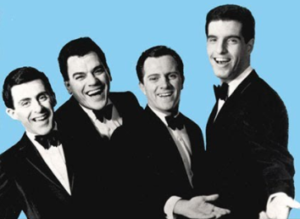 Credit: Vee-Jay via. Sherry and 11 Others album cover

Gaetano Tommy DeVito was an American musician and singer best know as being one of the founding members, vocalists and guitarists for the 1960s and 70s rock-group The Four Seasons which would later be known as Frankie Valli and The Four Seasons. Starting his career in 1950, DeVito would soon go onto lay the foundation for his rock group, before leaving in 1971. While DeVito never maintained spotlight appearances after his departure, he remained an influential musician who remained active in the music scene until his death.

DeVito was hospitalised after contracting Covid-19 and it is suspected that complications caused by the disease led to his death.