In a quieter week for news, we’ve seen Sony break the internet with preordering mishaps, Nintendo kills off their DS line and spreading rumours of a new James Bond. Read below to find out about this week in news:

Rumour has it that eight actors are reportedly in the running to play the next iteration of James Bond. With Daniel Craig‘s fifth and final outing as the titular character in the upcoming No Time to Die directed by Cary Fukunaga, betting agencies have been hot to offer odds on who is the most likely step into the role.

The eight actors currently believed to be in the running are as follows: Tom Hardy, James Norton, Sam Heughan, Tom Hiddleston, Richard Madden, Jack Lowden, Michael Fassbender, and Idris Elba. Originally, Idris Elba was the favourite to take over the role after Cary Fukunaga was handed to keys to the franchise. With a previous good working relationship between the actor and director after their Netflix original Beasts of No Nation, it seemed like a sure-fire certainty that Elba would take over the role. However, when these rumours gained traction, it sadly brought out racist fans to the surface who outwardly objected to a person of colour taking the role of James Bond. While it remains unclear what has caused Elba to drop from favourite, he’s still my pick for the next James Bond to push the series into new and exciting territory.

Instead, the current favourite to take over the role is Tom Hardy of Legend, The Revenant and Venom fame. Currently, Tom Hardy fits the more “typical” style that James Bond actors have been cast from, but that doesn’t guarantee him the role. While betting agencies currently favour him at the moment, the other rumoured six actors would all make a capable James Bond (especially Madden and Hiddleston).

While it seems unlikely we’ll have an announcement of the next James Bond anytime soon, we’ll be eagerly anticipating the news when it officially comes out.

Let us know it comments who your pick for James Bond is and whether it’s time the franchise had a bit more diversity to its main protagonist.

In this weeks highlight, Sony had the world in collective anticipation as it finally unveiled the price and release date of its upcoming PlayStation 5. Releasing November 19th in the UK at £449.99 (standard editions) and £359.99 (digital edition), Sony also opened preorders for retailers at midnight the following day and showcased their PlayStation Plus Collection that will be available to all PS+ members on the consoles release day.

The PlayStation Plus Collection was easily a huge draw for the upcoming console, offering 18 games for free that have defined the PlayStation 4 as a console. Including games such as God of War, Bloodborne, Infamous Second Son, The Last of Us and Persona 5 to name a few; the games are an incentive to purchase the console on release day for anyone who has found the release-day lineup lacking. While it’s hardly any competition for Microsoft’s Game Pass, it’s certainly a step in the right direction in drawing consumers to forking out for the pricey console.

However, Sony has found themselves f in hot water after preorder mishaps rocked the country. After failing to announce when preorders would go live (despite ensuring fans that preorders would not be a surprise) during the showcase event, retailers around the country opened their preorder pages at midnight on the same day with very little announcement – sending websites and customers into frenzies. With all preorders for the upcoming console selling out in less than 24 hours in the UK (some websites sold out within an hour), many customers found themselves without a chance to grab a preorder. Sony has since apologised for their mishap and has promised more consoles will be available to preorder in the near future, but as demand exceeds production, expect a tough battle to secure a console even at later dates.

In sad news for Nintendo fans of the handheld 3DS consoles, Nintendo has finally killed off its 3DS lineup that released in 2011.

The iconic handheld device which had amassed 75 million units sold since was quietly discontinued when an announcement on Nintendo’s UK website read, “The manufacturing of the Nintendo 3DS family of systems has ended”. Similar postings appeared on Nintendo’s website in Japan, which also stated that the New 3DS LL, New 2Ds LL, and 2DS are “out of production” despite their pages still remaining live on the website. While this hardly comes as a surprise as Nintendo’s Switch slowly becomes the preferred handheld device (amassing 62 million units sold in 3 years and expected to overtake the 3DS soon), it’s killing of a legacy that has left fans heartbroken at the news. Here’s hoping now that we get some DS and 3DS classics remastered or ported to the Switch sometime soon (I’m looking at you Fire Emblem Awakening and Nintendogs). 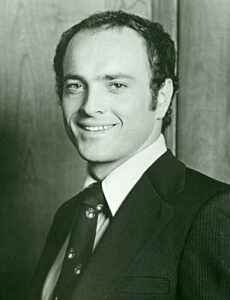 Dodson is Kodjak via. Universal Television

Kevin Patrick Dodson was an American television and film actor best known for his role as Detective Bobby Crocker in the 70’s TV show Kojak. Having a career that spanned almost fifty years, Dodson has over 60 acting credits including appearances in the soap opera Knots Landing and Days of Our Lives. Winning five Soap Opera Digest Awards, Dodson will be missed by a lot of people.

It is reported he died of a heart attack.