While many were getting used to the idea that some of our favourite television series would be postponed till next year, the BBC have been able to confirm the celebrity lineup for Strictly Come Dancing which is due to begin in October. Despite fewer contestants and a shorter series than usual, Strictly will be back with a fabulous range of celebrities to get everyone back to watching their screens on a Saturday and Sunday night.

Check out the full line up below: 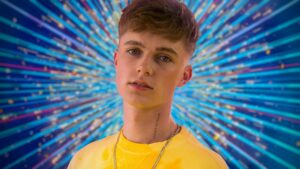 “Being on Strictly is going to be such an amazing experience and I’m so thankful to be taking part this year. I think my mum is more excited that she’ll be able to see me every Saturday night now.” 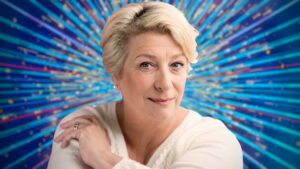 “I am thrilled and terrified in equal measure to be taking part.” 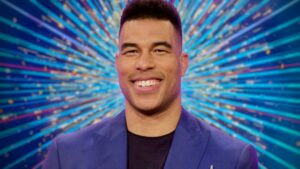 Bell played as a cornerback/safety for the Dallas Cowboys, then the Houston Texans, before ending his career with the New York Giants. He now co-hosts a podcast as well as presenting the NFL show on BBC.

“Strictly is the epitome of British television and this year, more than ever, I’m so proud and humbled to be participating. Strictly was the first show I ever watched when I moved to the UK and I’m a massive fan. My six-year-old daughter never got the chance to see me run out on the field at an NFL game but she is very excited about me taking to the dance floor. I hope I can do her proud.” 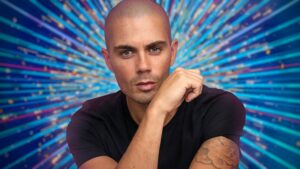 George was a member of boyband The Wanted, who had 2 number one hits in the UK throughout their career. Following their breakup, George continued his solo career by appearing in Glee and has been working as a solo artist. George’s former bandmate, Jay McGuinness, won the series back in 2015.

“Buzzing to be on Strictly this year. Not really one for the dance floor, but I take a lot of comfort in the fact that Jay McGuiness set The Wanted’s bar so low….” 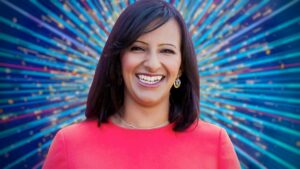 Singh is best known as the Political Editor for Good Morning Britain on ITV. She is also a newsreader for ITN news as well as an anchor on ITV’s Tonight. Singh also interviewed many of the big names in politics ahead of the 2019 general election.

“The initial feeling of being confirmed for Strictly is one of complete terror – feels like embarking on a rollercoaster, where you really want to do it but you are equally scared. Hopefully, after the first dance, I will feel exhilarated rather than sick!” 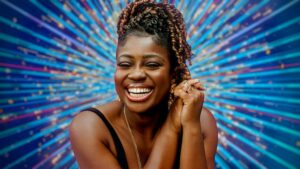 Amfo is a best known for presenting the midmorning show on BBC Radio 1 since 2015. Her television presenting work has her covering many music events including The BRIT Awards and Glastonbury, as well as the BAFTA TV awards.

“As we know this year has been a real challenge and escapism through dancing is something I know we all enjoy, so to be taught by a pro and live a fantasy is something that I can’t wait to fully embrace, see you on the dancefloor!” 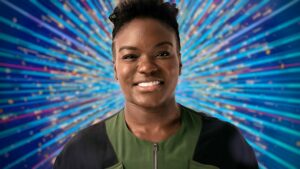 Adams was the first female amateur boxer to win an Olympic Gold medal in London 2012. She was then the first boxer in history to retain their Olympic title after winning gold in Rio four years later. She is also the first female boxer to ever secure a title in every single available competition and was given an OBE for her achievements. Adams is also one half of the first-ever same-sex pairing in the show’s history.

“I’m really excited to be joining this year’s incredible line-up for Strictly Come Dancing. I’m a huge fan of the show and am thrilled to be part of something that holds such a special place in so many people’s hearts. People might know me from my work in the ring, but I’ll be every bit as passionate and dedicated on the dancefloor too. I also wanted to thank the BBC for supporting me and making me the first ever all female-pairing; and it’s amazing to be a part of the movement for change, diversity and breaking boundaries in the entertainment industry.” 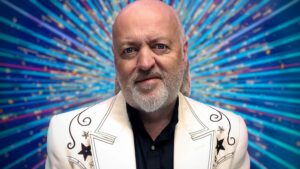 Bailey’s credits towards entertainment are unprecedented as he is an in-demand comedian who is also classically trained in music. Bailey is known for appearing on a number of comedy panel shows, such as Never Mind the Buzzcocks and QI, as well as his work with orchestral television.

“In these are strange times we’re living through, it feels right to do something different and take on a new challenge. So I am delighted to be a part of this year’s unique Strictly Come Dancing. My late mum Madrin would have loved it – I hope she’ll be watching.” 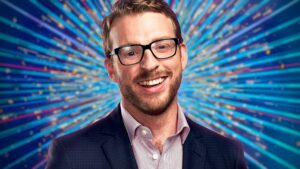 Chalmers was a victim of an IED explosion during combat who later became an Invictus Games cyclist after rehabilitating his injuries. He became a television presenter for the Rio Paralympic Games as well as covering other big events for BBC Sport. Chalmers is also an ambassador for Help for Heroes and The Invictus Games.

“My whole life is defined by facing challenges. Whether it’s becoming a Royal Marine Commando, recovering from my injuries sustained in Afghanistan to competing in The Invictus Games. Now as a TV Presenter I’m lucky enough to witness some of the greatest sporting contests in the world. Strictly is a whole different ball game in respect to the challenges I will face but I’m up for an adventure and at least my mum will know where I am!” 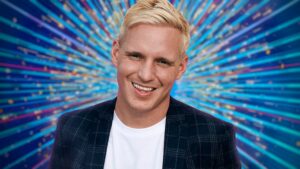 Laing is best known for appearing on Made in Chelsea, and was due to appear on the show last year but had to quit because of injury. Laing is also a successful businessman alongside his television work and is an ambassador for the YoungMinds organisation.

“Here we go again, hopefully, this time I can last long enough so my mum can see me dance. The reason I’m doing it is to make my mum proud but all I did last year was make her even more disappointed. Let’s change that this year, can’t wait!!” 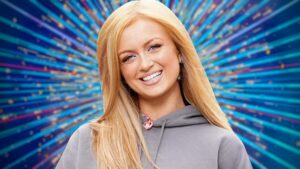 Smith is best known as playing Tiffany Butcher in Eastenders and has won a number of awards for her acting. She has also released two singles and is this year’s youngest contestant at age 19.

“Get me in those sequins, I can’t wait to dive into the Strictly fancy dress box this winter! This is a dream come true.” 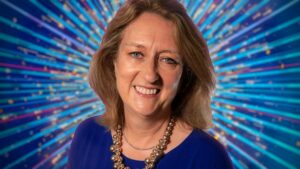 Smith was the first female Home Secretary back in 2007 and is now the Chair of the largest NHS Trust in Birmingham. She is a political commentator on television and radio and hosts her own podcast.

“I was speechless with excitement at being asked to join Strictly – and that’s very rare for me. Fifty years ago, I got a bronze medal for Scottish Highland Dancing and it feels about time to return to dancing. I couldn’t be in better hands with the Strictly team and I’m going to throw myself into the challenge. Watch out!”

Strictly Come Dancing 2020 is expected to air on October 24th and continue until December 19th.