In a tumultuous two weeks, we’ve suffered the pangs of sadness from the death of Chadwick Boseman, had the grateful announcement of Star Trek welcoming new transgender characters, and seen Sony’s interesting (if slightly controversial) approach to their upcoming console release. Check out the past two weeks in news:

The 2020 Strictly Come Dancing line-up was finally unveiled and includes stars like Maisie Smith, Jaime Laing, Harvey Cantwell and many others. However, in a landmark for the show, contestant Nicola Adams will be the first-ever competitor to compete within a same-sex partner.

Nicola Adams is a boxer who is openly gay and in a relationship with blogger Ella Baig. Adams quickly rocketed to fame after being the first female amateur boxer to win an Olympic Gold medal during the 2020 London Olympics.

It is reported that Adams would only consider doing the show if she was paired with a woman.

In a hotly anticipated release, Netflix has finally released the first trailer for its upcoming horror series The Haunting of Bly Manor. Loosely based on The Turn of the Screw by Henry James, it will be the follow-up series to Mike Flanagan‘s 2018 hit horror, The Haunting of Hill House (based on the Shirley Jackson novel of the same name).

The Haunting of Hill House was released by Netflix back in 2018 and became an instant hit with fans and critics alike. From its masterful sixth episode titled Two Storms which saw the whole episode composed of one-shot takes lasting more than 15 minutes, to its surprisingly deep story and expertly crafted scares – the show was a sheer demonstration of Mike Flanagan’s capabilities as a horror director.

After its initial success, Netflix and Mike Flanagan started talks about how they could expand the series and continue a great working relationship. It was eventually agreed that The Haunting of Hill House would launch an anthology-esque series which would focus on different horror stories in each series.

The Haunting of Bly Manor is not a direct sequel to the previous show which means it has allowed itself to recast some of the actors in the previous show like Victoria Pedretti and Oliver Jackson-Cohen. It is expected to release on October 9th.

You can check out the trailer for The Haunting of Bly Manor below:

In a surprising yet controversial move, Sony has announced PS5 preorder signups on their website open to anyone who already owns a PS4. Using customer’s PlayStation Online ID, Sony hopes to provide an opportunity to “existing customers”  to have a chance to preorder their new console before anyone else. Working on a first-come, first-served basis, Sony hopes to manage the demand on their upcoming console to keep the most loyal of their consumers happy by using a selection process “based on previous interests and PlayStation activities”. While this description currently seems vague and with no word on when the console will release or even its price, Sony hopes to mitigate their supply vs demand struggle that was announced earlier in the year as a result of the current world pandemic.

Lucky customers who are contacted by Sony in the coming weeks will be given a preorder time period by which they must place their purchase within to secure the console. Along with this window also comes restrictions on the quantity of what you can preorder which follows below:

You can find out more on Sony’s website and register your interest by clicking here.

In a much welcome announcement, the Star Trek on CBS All Access twitter page announced the introduction to two new characters hitting the third season of Star Trek Discovery. Welcoming Blue del Barrio as Adria (the first non-binary character) and Ian Alexander as Gray (the first transgender character), season 3 seems set to tell real stories and people’s struggles while traversing its grand tale of space exploration. While it remains unclear how major these character’s roles will be in the upcoming season, they are certainly a welcome addition to a show that has been trying to break barriers since in conception in 2017.

Michelle Paradise, the show’s co-runner and executive producer said that the creators of Star Trek believe “in showing people that a future without divison on the basis of race, gender, gender identity, or sexual orientation is entirely within our reach”. Here’s hoping the show handles these characters with care and compassion and helps to provide a platform for different gender identities on TV and in Hollywood. 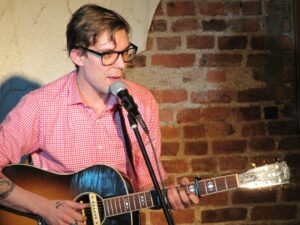 Justin Townes Earle was an American singer-songwriter and musician. After debuting on the music scene in 2007 with his debut EP Yuma in 2007, he has since gone on to release 8 full-length albums. In 2009 Earle won the award for Emerging Artist of the Year and would later win Song of the Year in 2011 with ‘Harlem River Blues’. His father was alternative country artist Steve Earle.

It is reported that Earle died of a probable drug overdose. 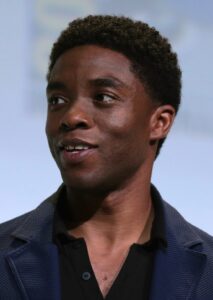 Chadwick Aaron Boseman was an American actor most notable for starring as Black Panther in the Marvel Cinematic Universe (MCU). Starting his career in 2003, Boseman eventually landed a regular role in Lincoln Heights in 2009 and then a role in 2010 with Persons Unknown. Boseman’s breakthrough film role wouldn’t come until 2013 when he starred as baseball player Jackie Robinson in 43. Boseman was introduced to the MCU in 2016, where he played the character Black Panther in four separate films (Captain America: Civil War, Black Panther, Avengers: Infinity War, Avengers: Endgame) and slowly became a beloved gem with Hollywood cinema.

Boseman was diagnosed with stage III colon cancer in 2016 which progressed to stage IV in 2020. It is reported he died at home surrounded by family and loved ones.