In a hopeful week that hasn’t been swamped by Coronavirus news in the entertainment world, we’ve seen a Miley Cyrus discuss the potential of a Hannah Montana reboot, Disney altering the iconic 2oth Century Fox brand, a huge slurry of information concerning the DC universe in both films and games, and much more. Here are our top picks for this week in news:

Nightclubs are Opening Ahead of Freshers

The Warner Bros. and DC FanDome event happened this weekend (22nd-23rd) and packed in a host of new trailers, new games, first looks, and much more. The event, taking place in Singapore, gave the chance for Warner Bros. to layout their schedules for the next year and beyond, amping up anticipation for the many projects that fans have eagerly been waiting for.

Among one of their first reveals was the new trailer for Wonder Woman 1984 (WW84), starring Gal Gadot, Chris Pine and Kirsten Wiig. The trailer set the tone of excitement excellently by given fans a first look as Kristen Wiig donning her full look as the film’s villain, Cheetah; as well as showing off Gal Gadot’s new iconic shiny armour that first appeared in the film’s promo poster images. You can watch the new WW84 trailer below:

Following the Wonder Woman reveal, Warner Bros. handed the stage quickly over to Warner Bros. Games Montreal which went on to reveal their next upcoming game, Batman: Gotham Knights. Following the Court of Owls storyline popularised in the DC Comics, Gotham Knights will pick up after the supposed death of Bruce Wayne aka. Batman. Letting the players assume the roles of four distinct characters: Robin, Batgirl, Nightwing and Red Hood; the game will offer a deep story that can either be played alone or in two-player co-op. Along with the announcement trailer, the company demonstrated 8-minutes of pre-alpha gameplay footage that has set fan’s anticipations sky high. With gorgeous visuals, four distinct characters and a great storyline, the 2021 release date couldn’t come soon enough! Check out the trailer for Gotham Knights below:

Handing the stage back to Warner Bros., the company soon ended up on its Suicide Squad panel which saw a characters and actors confirmation trailer, as well as a sneak peek into the making of James Gunn‘s upcoming Suicide Squad film. Confirming the reprisal of roles like Margot Robbie’s Harley Quinn, Jai Courtney’s Captain Boomerang and Joel Kinnaman’s Rick Flag along with newer additions like John Cena’s Peacemaker and Idris Elba’s Bloodsport. With an all-star cast and director with an unmistakable vision, it’s clear that the upcoming Suicide Squad will make waves in ways no one expected – and we’re grateful nonetheless. Check out the character reveal teaser trailer below:

In another big reveal, the Justice League: The Snyder Cut had its trailer finally revealed as well as giving enlightening details about its release. Clocking in at a whopping 4 hours, HBO Max will split the film into four one-hour chunks to make its hefty runtime a bit more manageable. However, the biggest takeaway was the intriguing trailer that finally premiered our first look at Snyder’s Darkseid, the notorious villain who has plagued the Justice League throughout many DC Comics. Check out the trailer below:

In another big announcement of the event so far, Rocksteady games took the time to expand on their previously confirmed project Suicide Squad: Kill the Justice League which was confirmed on the companies Twitter page earlier last week. Demonstrating a trailer with titular characters like Harley Quinn, Deadshot, Captain Boomerang, and King Shark; the trailer sets the tone perfectly for what the game is getting to be about. While we only have a trailer to go by so far, the game sets to be an interesting IP from the studios best known for their work on the phenomenal Batman: Arkham Trilogy. Check out the trailer below:

The final big trailer that dominated the event was an unexpected first glimpse at the upcoming The Batman movie starring Robin Pattison and directed by Matt Reeves. While filming still only sits at 25% complete, that didn’t stop Warner Bros dropping a gritty crime-drama styled trailer that shows off the new Batsuit, gives us a glimpse of Colin Farrell as the movie’s villain and many other tidbits of information. Watch the trailer below:

In surprising news from pop-diva Miley Cyrus, the singer spoke up about how she would like to resurrect Hannah Montana, the very same show that made her famous.

The Disney Channel show which started in 2006 and finished in 2011 told the story of singer Miley Stewart and her double life as mega pop-star Hannah Montana. A fictional imagining of the singer’s life that feature real-life superstar father, Billy Ray Cyrus, the show was nothing short of iconic when it reigned on TV for five years.

When speaking in an interview on Carolina With Greg T In The Morning, the singer confessed how she was ready to bring the alter-ego out of retirement when she said, “You know what honestly, I try to put that wig on all the time […] she’s just in storage collecting dust and I’m ready to whip her out.” The singer then went on to say that ” the opportunity will present itself. I definitely would like to resurrect her at some point.”

While this is far from the confirmation that the show will eventually be rebooted, us here at The Edge hope that Disney executives see this interview and get the creative works pumping for a hopeful reprisal of the show in the future. With the company’s streaming service, Disney+, still in the early stages of its lifespan, this could be the show that has nostalgic fans flocking back to rewatch old classics and binge new shows alike.

The Bad Education Movie was released 5 years ago 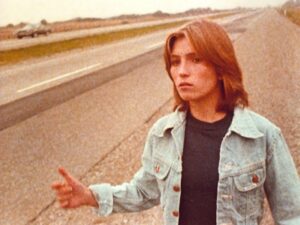 Linda Manz via. Out of the Blue

Lina Manz was an American actress with a career that roughly spanned 20 years. Appearing in films such as Days of Heaven (1978), Out of Blue (1980) and Gummo (1997), Manz had worked alongside some of Hollywood’s greatest talents including David Fincher. Manz retired from acting in 1997.

Manz had struggled with pneumonia and lung cancer in her final days and it is reported she died due to a mixture of the two. 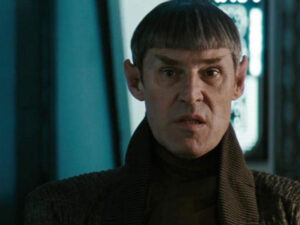 Harry Bernard “Ben” Cross was an English stage and screen actor which spanned nearly 5o years. Best known for his role in Chariots of Fire (1981) as Harold Abrams and as the fictional ambassador Sarek in the 2009 reboot of Star Trek. Acting up until his death, Cross has over 100 acting credits, including five projects which are yet to be released.

It is reported the actor lost his life after battling with Cancer. 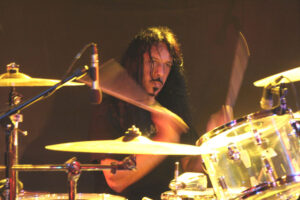 Frank Banali was an American rock drummer best known for working with his multi-platinum heavy metal band, Quiet Riot. As the only surviving classic band member up until his death, Banali had remained active within the music industry up until his death. Banali had also contributed as a drummer to bands such as W.A.S.P and backing Billy Idol.

Having being diagnosed with pancreatic cancer, Banali later succumbed to the illness. 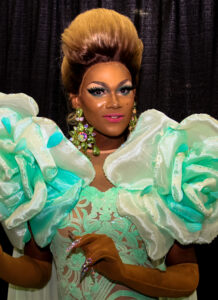 Zavion Michael Davenport was a drag queen most notable for their time on Season 8 of RuPaul’s Drag Race and Season 3 of RuPaul’s Drag Race All Stars. Leaving behind a great legacy of some of drag race’s great moments, Chi Chi DaVayne’s death has been felt heavily throughout the drag race community from fans and queens alike. Read the article remembering Chi Chi DeVayne’s best moments here.

The drag queen sadly lost their life to pneumonia.