In a busy week for news, we’ve seen Taylor Swift break chart records, RuPaul celebrate body diversity with model Mina Gerges, I’m A Celebrity… Get Me Out of Here moving to the UK, and the local panto at the Mayflower theatre cancelled. Here are the top picks for news this week:

Global Headlines Of The Week:

With the current pandemic of Covid-19 still very much a relevant issue for the entire world, the hit reality UK TV show I’m A Celebrity… Get Me Out Of Here! has decided to ditch the Australian landscape in favouring of a UK setting. With Coronavirus still expected to be a major issue in the coming months, ITV bosses deemed it unviable to take the show over to Australia as travelling laws and restrictions still remain so uncertain.

ITV Studios Director of Entertainment, Richard Cowles, commented on how his team at ITV had pushed for the show to still broadcast from Australia and admitted how it quickly became clear how the show’s usual home wasn’t possible. Cowles went to assure fans of the show that the “celebrities will probably have to swap shorts for thermals but they can still look forward to a basic diet of rice and beans and plenty of thrills and surprises along the way”.

While it is still unclear how different the series will feel with the UK setting and whether staple challenges that have previously involved eating exotically disgusting foods or being locked in boxes with tropical spiders will remain, many fans are excited to know that their beloved show will return in some shape or form. Although the reception of the news is admittedly mixed, we at The Edge are optimistic to see what new antics can be thought of with the creeping cold and constant downpour of rain that our country has to offer.

In a surprise reveal ahead of a DC FanDome event taking place on August 22nd, Rocksteady Studios (of the Batman Arkham Trilogy) have confirmed that their next game will be a Suicide Squad game. The reveal came in the form of a tweet on the studio’s Twitter page on August 7th  where they revealed the first promo image which shows a purple-hue Superman with a target on his head spelling the words ‘Suicide Squad’. While more details on the game are yet to be announced, reports within the industry have hinted that Rocksteady is aiming for a similar “game as a service” model that Square Enix’s upcoming Marvel Avengers game will be.

Expect to find out more about the upcoming game soon and check out the promo image on Rocksteady’s Twitter page below:

Disney set to release Mulan on Disney+ for a fee

After removing the live-action remake of Mulan from their release schedule earlier last month, Disney has now announced they will be releasing the film directly to their streaming service Disney+. The catch… they will also be charging $30 (or roughly £23 here in the UK) on top of the subscription fee they already charge members.

The decision comes after the negative impact the Covid-19 pandemic has had on the entertainment industry, with the shutting down of many cinemas around the world. While things are beginning to return to normal and the opening of cinemas is slowly being phased in, reduced viewing numbers caused by social distancing guidelines has meant viewership is at fraction of what it was before the pandemic. It is suspected that this is the main factor deterring Disney from releasing the blockbuster in cinemas for the fear of substantially reduced profits. In a way to consolidate money, Disney is hoping that a straight-to-demand release will boost profits pass what it would achieve in cinemas.

While many films that had a release date slated during the current pandemic adopted a similar straight-to-demand model and charged a similar price, Disney has come under criticism for the fact that they own their own streaming service, unlike many other movie studios. What’s more, is it currently seems you will be unable to purchase Mulan without having a Disney+ subscription in the first place, meaning for some households it will cost them roughly an extra £5 to watch the film as they purchase a monthly subscription to the service.

Disney has responded to the criticism and ensured fans that this it is a one-time purchase meaning viewers will be able to watch the film as many times as they would like. However, this has done very little to calm anger towards the studio. Some have pointed out that in preventing such a big release being shown in cinemas they are ensuring the continued struggle and potential death of cinemas. Others have also voiced that the price is too steep for a studio-exclusive and would justify a much smaller fee (more similar to the price of buying a DVD at £10).

Despite all this, Disney is still set to go ahead with their plans and no new statements from the studio have been released at present.

You can watch the trailer for Mulan below:

Local Headlines Of The Week:

In heartbreaking news for adults and children alike, Southampton’s Mayflower theatre has decided to cancel their Holiday 2020 pantomime. The news comes after many theatres across the country (those in Aberdeen, Belfast and Edinburgh to name a few) were left in a state of uncertainty when the Government failed to meet an August 3rd deadline on clarifying on when and how theatres will be able to open again.

Qdos, the company in charge of creating 34 pantomimes across the country (including Southampton’s Mayflower) released a statement about the “complex process” they have had to go through when deciding the fates of 30 of their shows. For the Mayflower’s Cinderella, Qdos have confirmed new dates that will take place a whole year later in the Holiday period of 2021.

While the current state of the world ensures that this is the safest option for audiences, it throws a heavy uncertainty on the entertainment industry’s survival during the pandemic. As pointed out in a statement by Captial Theatres (the organisation that runs King’s Theatre in Edinburgh), the seasonal show accounts for 30% of their annual income and will be an undoubtedly heavy loss for the company and audiences alike

Wednesday in Space, a film made by local Southampton students and alumni had recently put up a fundraiser to help the film reach cinemas for a wider selection of audiences. With an initial goal of £6,500, the fundraiser managed to hit their initial goal within just three days after being released. Now working towards different milestones, the film currently sits at a whopping £7,145 with 110 backers and a new goal of £11,000.

To encourage people to pledge money, the film has included a variety of rewards depending on the amount you put forward. From ‘A Crisp High-Five’ for £1 to have your name credited as an Executive Producer (plus many more benefits) for a staggering £1,200+; director Hudson Hughes and his team have worked tirelessly to give back to those who help their dream for Wednesday in Space become a reality.

You can watch the trailer below or find out more by clicking here. 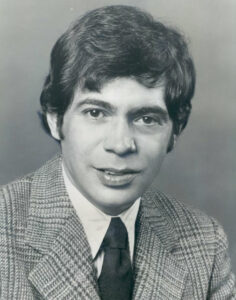 Reni Santoni was an American film, television and voice actor. Playing the characters Poppie in Seinfield and Chico González in Dirty Harry, Santoni has a vast amount of acting credits (103 to be precise) attributed over his fifty years of working in the entertainment industry.

Santoni had been struggling with multiple health issues during the last few years of his life, including cancer. It is reported he died as a result of his health issues. 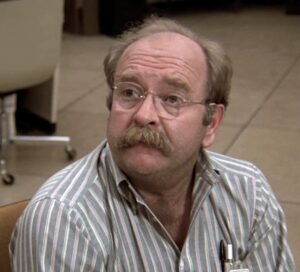 Wilford Brimley in The China Syndrome

Antony Wilford Brimley was an American actor and singer most notable for starring in films such as The China Syndrome (1979), The Thing (1982) and The Natural (1984). He’s also recognisable as the long-time face in the adverts for Quaker Oats Company and has had a long career that spanned 50 years from 1967-2017. Alongside his acting career, Brimley was an advocate for Diabetes education and promoted its education throughout the world.

Brimley sadly lost his life after succumbing to kidney condition that he had been battling for two months.