New laws involving face-coverings hit the UK as of the July 24th, yet despite this the entertainment industry (in particular the music industry) continues to grow and return to a semblance of normality. Sadly, other industries like film and cinema continue to try and find their footing as major releases are pulled back from release schedules, with major films like Tenet and Mulan being delayed indefinitely. However, here’s our weekly roundup of all the major news this week, from the history-making nominees of the Mercury awards to approaching the end of the Xbox One’s lifecycle.

In surprising news, the queen of pop herself, Taylor Swift, released her eighth studio album on July 24th. Comprising of 16 songs (17 on the physical deluxe edition), folklore was an album that Swift had poured her “whims, dreams, fears and musings into” and was entirely written and recorded during the lockdown caused by the current COVID-19 pandemic. It features collaborations with some of Swift’s musical heroes including Aaron Dessner and Bon Iver, and we here at The Edge quite frankly can’t get enough of it.

You can watch the video for the lead-single ‘cardigan’ below or read our review by clicking here.

With the next-generation of consoles around the corner and an expected release in Holiday 2020, Microsoft has begun to phase-down the production of the current-generation of consoles in preparation for the Xbox Series X. In particular, the Xbox One X and the Xbox One S All Digitial Edition are the two consoles that are having their production halted to concentrate funds and resources on the newest console. However, despite two of the three current-gen consoles being axed, the Xbox One S will continue to be readily made and sold in an attempt to help a “smooth” transition between current and next-generation consoles.

The highly anticipated visual album, Black Is King, releasing from Beyoncé onto Disney+ has recently had its list of collaborators revealed as well as a new trailer. Featuring artists like Beyoncé’s current husband Jay-Z, fellow Destiny’s Child singer Kelly Rowland, Pharrell Williams, Lupita Nyong’o and Naomi Campbell (to name a few), the album is set to make waves when it releases two weeks after the year anniversary of The Lion King (2019) remake.

You can watch the new trailer for Black Is King below:

Tenet‘s Delay Throws the Reopening of UK Cinemas into Uncertainty

Christopher Nolan‘s science-fiction epic was expected to hit cinemas August 12th in the UK and was going to draw in a lot of viewers across the country and globe. With no other big release set for the immediate future, Tenet was hopefully going to be the jumpstart that the cinema industry needed to begin making money again, with the majority of cinemas hoping to be operating as of July 30th. However, with the current state of the COVID-19 pandemic in America, and Nolan’s refusal to have the film premiere first in any other country, Warner Bros. have decided to delay the film indefinitely and thus condemned UK cinemas into uncertainty.

Currently, cinemas around the country are forced to show reruns of popular movies in an attempt to start making money once again. Selling tickets for these movies at reduced prices and hoping to gain revenue from their in-house snack selling, the restricted viewership and current social-distancing guidelines have meant cinemas have understandably been struggling to find a foothold to survive.

Many chains across America have sadly fallen under and into administration and while UK cinemas have fared better in terms of survival, it begs the question of how long cinemas can hold out for before eventually crumbling?

After the success of the Playstation 5 live event that occurred last month (which revealed over 20 upcoming games), the pressure was placed on Microsoft to host an equally great live event. On Thursday 23rd July, Microsoft took to live-streaming a similar styled-event, showcasing upcoming exclusive Xbox games that included the highly anticipated Halo: Infinite as well as a new Fable game in the long-dormant IP.

Other games such as Psychonauts 2, Obsidian’s (of Fallout: New Vegas and The Outer Worlds fame) new fantasy game Avowed, and State of Decay 3 were among the announced games along with many more. While the event didn’t quite live up to expectations, Microsoft continues to lay a firm ground in building anticipation for their next console, and have many more months to continue doing so.

You can watch the live event below: 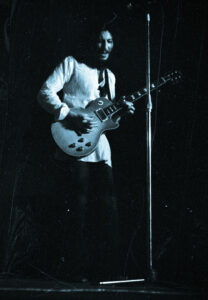 Peter Allen Greenbaum was an American musician most notably known for being the co-founder of the sensational group Fleetwood Mac. Setting up the group in 1967 as a Blues band after he left his first group, Bluesbreakers, Green continued with the group for three years before leaving them in 1970. While Green was never affiliated with the group when they entered their prime years from 1975 onwards when they introduced new member Stevie Nicks, he’ll go down in the history books as laying the foundation for one of the greatest groups that ever existed in the 70s and 80s.

It is reported that Green died peacefully in his sleep.