Read more
You are at:Home»News»Local News»Edge Alumni film to air on Sky Arts this week
By Robert Pratley on May 21, 2018 Local News, News 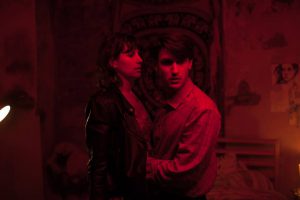 Ben Robins, ex-Film Editor for The Edge and Southampton University alumni’s short film Losing It will air at 10:30 on Thursday 24th May as part of the Sky Arts shortFLIX showcase.

Losing It follows two twenty-somethings, who find their drunken hook-up going off the rails when the night takes a dark and absurd turn. It is Robins’s first directorial project since leaving university, and he beat off competition from hundreds of other young filmmakers in the UK to be amongst the coveted final five.

Sky Arts shortFLIX programme is aimed at aspiring filmmakers between the ages of 18-25 who want to demonstrate their creative flair and talent for short film production. The winning five films have been funded and produced by shortFLIX and will air this week on Sky Arts. They will also benefit from further support, mentoring and guidance.

Alongside Robins’s piece, four other short films nominated by shortFLIX will also air, including Batty Boy by Dior Clarke & Blain Ho-Shing, Ladies Day by Abena Taylor-Smith, Nosebleed by Luna Carmoon and Together, They Smoke by Henry Gale.

Speaking to The Edge about the project, Robins said: “I’m totally over the moon that we get to share such a strange story on such a huge platform.” He continued, adding, “I can’t wait to see what people make of it.”

Losing It will premiere as part of the 2018 shortFLIX line-up on Thursday 24th May at 10:30pm on Sky Arts. They will be available afterwards on Sky On Demand. To keep up with Robins’s latest activity, check out his Twitter here.