Read more
You are at:Home»News»Global News»Gaming at a Glance: Total War, Donkey Kong and Hyrule Warriors
By Liana Dent on May 18, 2018 Global News, News
May brings a new game for everyone, from tactics and strategising to platforming and hack-and-slash. Total War introduces the first in a line of spin-offs in Total War Saga: Thrones of Britannia on the PC. And the Nintendo Switch welcomes back Donkey Kong and Link for their next outings in Donkey Kong Country and Hyrule Warriors… 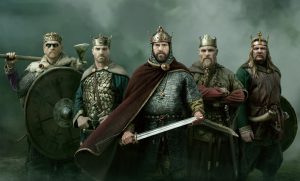 Total War Saga: Thrones of Britannia, the first of many Saga instalments in the long-running series, arrived on 3rd May. While the main games in the series sprawl over longer periods of history – for example, the Napoleonic Wars, or 16th century Japan – the Saga instalments focus on more specific events. Thrones of Britannia‘s map is wonderfully intricate as a result of this, set in 878AD under the King Alfred’s rule as the Vikings invade Britain.

While remaining true to its tactical, turn-based strategy roots, this game uses its Saga subtitle to experiment with big changes to the series. Recruitment, settlements, politicking and other core elements of gameplay have been updated to freshen up Total War‘s long-running formula. Although some changes lack polish, this is the first of many Saga instalments to come, and with The Creative Assembly’s track record, it seems likely that they’ll only improve on this model. 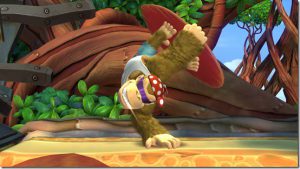 Mario’s original nemesis, predating even Bowser, made his Nintendo Switch debut on May 4th in Donkey Kong Country: Tropical Freeze. The sequel to Donkey Kong Country Returns (itself the first Country game for around fifteen years), Tropical Freeze continues the series’ tradition of punishing sidescroller platforming. It was originally released in 2014 on the Wii U, but has been updated for the Switch. Few changes have been made (although the addition of Funky Kong alone is worth the investment), but this brings one of the Kong family’s best outings to a much wider audience than the Wii U – sales are through the roof and already outstripping the original.

Hyrule Warriors gets an update in Hyrule Warriors: Definitive Edition, out on 18th May on the Switch. The series takes Link from his usual adventuring to hack-and-slash action reminiscent of Dynasty Warriors – the games have a position amongst both the Hyrule Warriors and Dynasty Warriors titles. In the games, Link appears alongside many familiar faces from various instalments in The Legend of Zelda series, such as Impa, Midna, and Ganondorf. 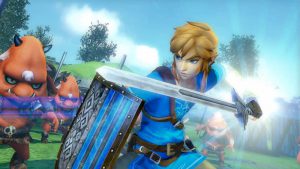 This game is not a sequel – the Definitive Edition is the series’ third port in four years. The original became one of the Wii U’s biggest titles, followed quickly by the 3DS’ Hyrule Warriors Legends, which was a perfect example of how to port a game. It achieved the difficult task of making a console hack-and-slash enjoyable on a handheld while remaining true to the original. And rather than just squeezing in a few more pixels and calling it a day, Legends came packaged with new characters, game-changing new ways to play, and all of Hyrule Warrior‘s DLC.

Based on this, it’s no surprise that critics are loving the Definitive Edition just as much as the original. If the Definitive part of the title implies this is Hyrule Warrior‘s final outing, this game will be a fitting sendoff.
Next time: The second half of May brings huge updates to two iconic RPG series. On 21st May, a new chapter in The Elder Scrolls Online begins in Summerset, the second major expansion to the MMORPG. And on 25th May, Dark Souls Remastered brings the first of the legendary Dark Souls series up to date in all its 4K-resolution glory. Maybe this port will do it justice, and will finally stop telling us to ‘press the triangle button’ while playing on the PC…
Watch the trailer for Hyrule Warriors: Definitive Edition below:
Share. Twitter Facebook Google+ Pinterest LinkedIn Tumblr Email